Police: Delphi murder victims spoke of man behind them in audio played for family

State police say more audio from Libby German's cell phone was played for the victims' families, including a mention of a man they noticed behind them. 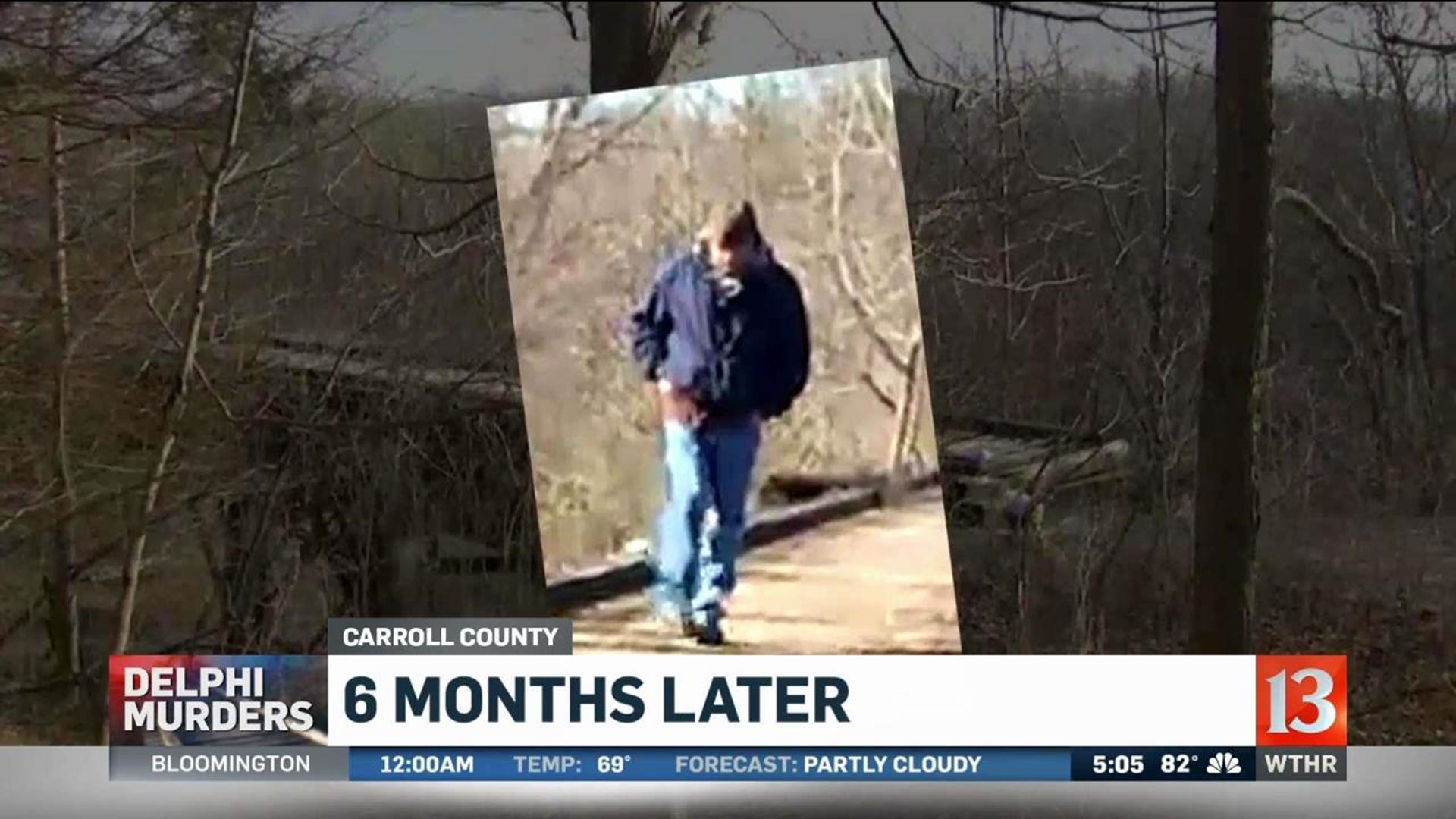 DELPHI, Ind. (WTHR) - State police say more audio from Libby German's cell phone was played for the victims' families, including a mention of a man they noticed behind them.

Police say the girls mostly talk about "stuff girls talk about" in the recording, but they also mention the man. The only audio that has been released to the public from the phone is that of a man's voice ordering German and her friend, Abby Williams, "down the hill."

Everywhere you look in Delphi, there are reminders of Abby and Libby.

The girls' pictures hang on flyers in storefronts around the town's square. Purple and teal ribbons, their favorite colors, hang on lamp posts.

Just off the square, the investigation command center remains open, where police still come and go daily, looking into tips that come in about the girls' murders.

In that same downtown, flyers with another picture hangs on them, the police sketch of the man investigators say is the killer.

All of it keeps Libby German's grandpa, Mike Patty, up at night.

"I don't sleep much," said Patty, knowing that the man in the sketch is walking the streets. "We have a murderer walking around who took two innocent lives well before their time. He robbed them of this life."

More than 24,000 tips have come in to investigators since the girls disappeared. Their bodies were found in the woods east of Delphi the next day on Valentine's Day.

"I'm telling you, every day it's tough, if it doesn't get tougher," said Patty, acknowledging that he had hoped to have the killer behind bars by now.

"Somebody knows this person," said Patty.

"It's been six months. I don't know what goes through this person's mind, but before he strikes again and puts some other family through what we're going through, we need to get him off the streets," he added.

Six months later, though, a painful anniversary has arrived with still no answers.

"My heart's still breaking," said Anna Williams, Abby's mom, who prays it won't be much longer. "I'd like to be able to have a little bit of happiness come Christmastime this year, knowing that nobody else is every going to have to go through what we went through and that this person isn't still out there."

Last week the children of Delphi started school. Both families say that was a tough day for them, knowing Abby and Libby should have been there and weren't.

"The griping that we do about 'Get your stuff on. Get out the door. You're going to wear that? What about your hair?' All those little things and the dreaded school supply shopping. We didn't have that this year and I would have given anything to have had that. Anything," explained Williams.

She spent Sunday marking the six-month anniversary of the girls' disappearance by visiting all of Abby's favorite fishing spots.

"Yesterday was worse than today, but I kept off social media and stayed to myself and stayed quiet," said Williams. "Somedays you just have to do that."

Still, these families have not given up hope. They can't.

"We stay positive and we keep moving," Williams said.

Send police your tips on this case by calling (844) 459-5786 or emailing your tip to abbyandlibbytip@cacoshrf.com.