State Police said during a press conference Wednesday that a suspect is still at large, but they couldn't offer a description. 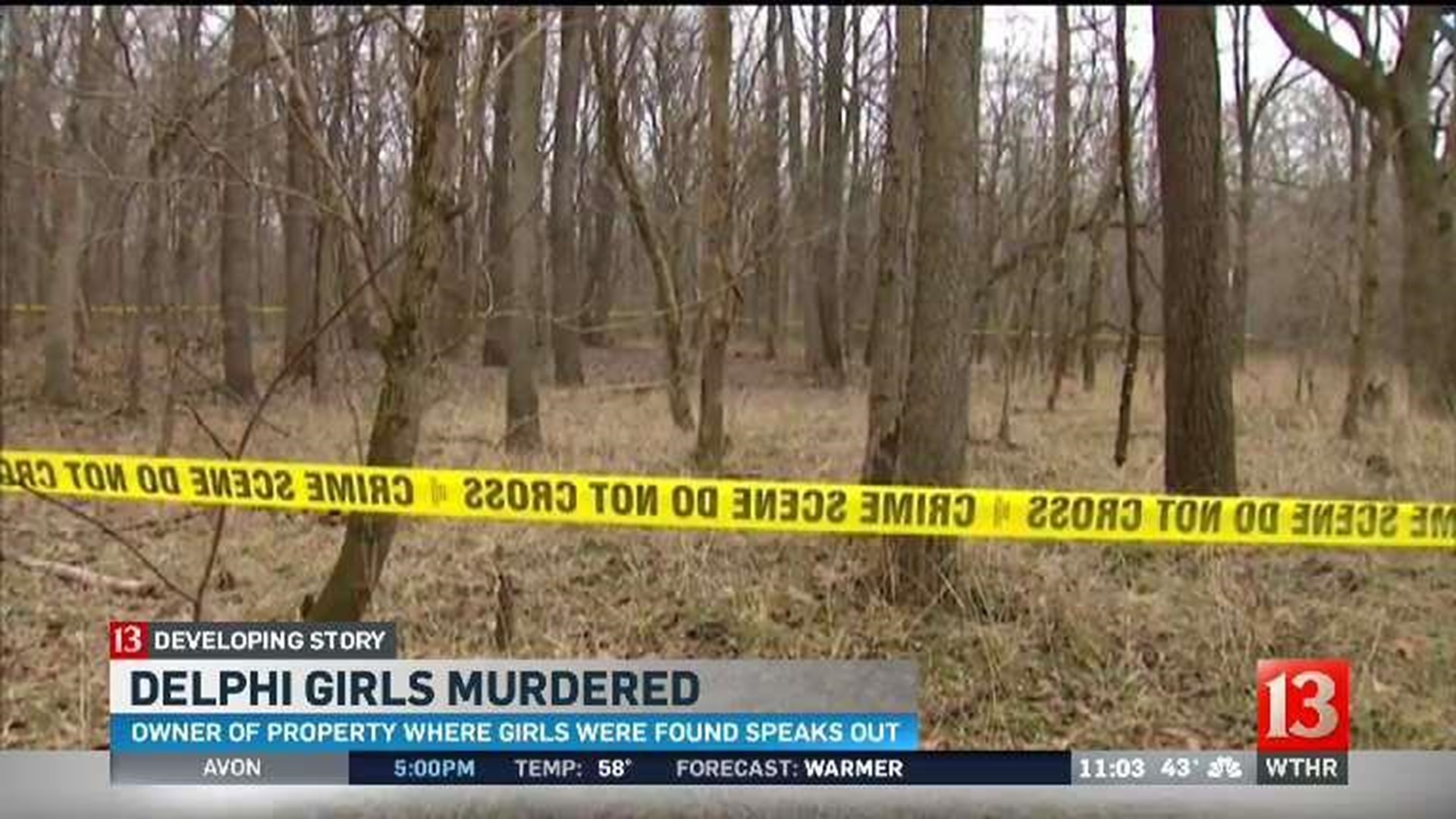 Liberty German and Abigail Williams' disappeared Monday while hiking along the wooded trails outside Delphi. One of the hundreds of volunteers searching for the friends discovered their bodies in a remote area about 50 feet from the banks of Deer Creek. They were about three-quarters of a mile from an abandoned railroad bridge where the girls were dropped off Monday to go hiking.

Police said they would not offer a cause of death at this time because the investigation is still ongoing.

The case is being investigated as a double homicide. State Police said during a press conference Wednesday that a suspect is still at large, but they couldn't offer a description.

"As far as I am concerned, yes, there is someone out there that committed this crime. We are going to track them down," said Indiana State Police Sgt. Kim Riley. "We will stay on the job until it is done."

Dozens of investigators are checking out hundreds of tips in the case. Police want to speak with anyone who was in the area of the landmark Monon High Bridge may have seen someone, heard someone, or taken pictures.

"They may have taken pictures of somebody that might be in that photograph. If we were out there doing that kind of stuff, we need that information," Riley said.

Asked again if residents should be fearful of a killer roaming the community or its recreational areas, Carroll County Sheriff Tobe Leazenby said, "My response is no. I feel safe for this community. Whether or not folks should be alert or watchful, that's a true statement, a fair statement. But we always encourage folks to do that."

Although police say the girls' families had already accepted the loss of their loved ones before the positive identification made, "when you hear it from an official, it hits home twice," Riley said.

Police, including the FBI Evidence Response Team, searched the woods Wednesday looking for evidence in the case. Divers joined police searching the crime scene for clues. One source said FBI and local investigators are literally searching beneath every leaf.