Police have arrested a woman they say struck and killed another woman, then left the scene in Broad Ripple early Sunday morning. 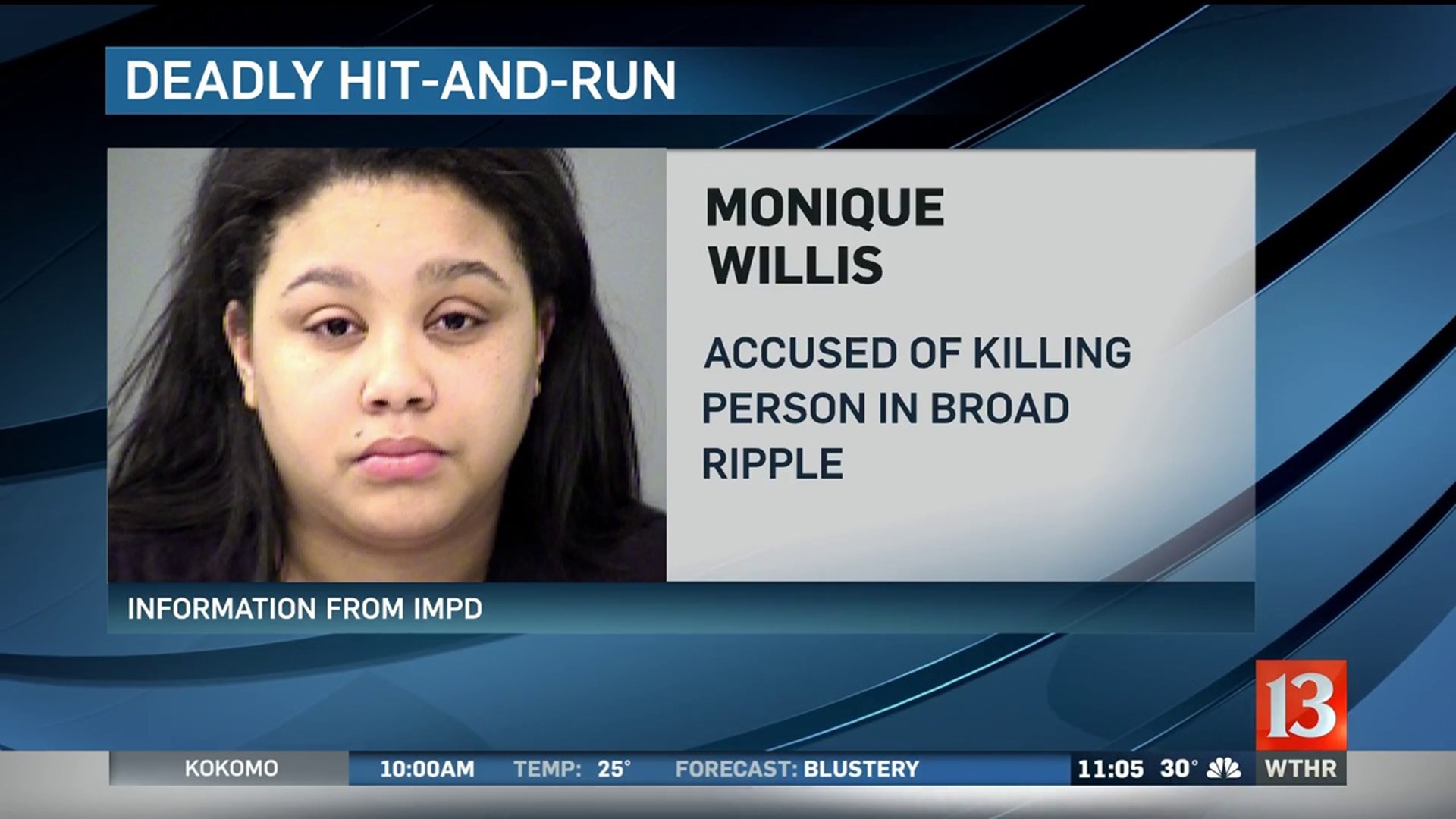 Police have not identified the woman killed.

They arrested the woman they say hit her, then drove away from the accident scene in the 800 block of Broad Ripple Avenue near Carrollton Avenue.

Shortly after, officers located that vehicle and the woman a few blocks away. She was identified as 28-year-old Monique Willis.

Willis is now in jail for driving drunk in an accident causing death, and leaving the scene of an accident.

The Marion County Prosecutor's Office will determine the official charges for Willis.

The Marion County Coroner is expected to release the name of the woman who died after her family is notified.