"She said this is how (Aiden) passes time when he's at the hospital he visits," Officer Groce said. 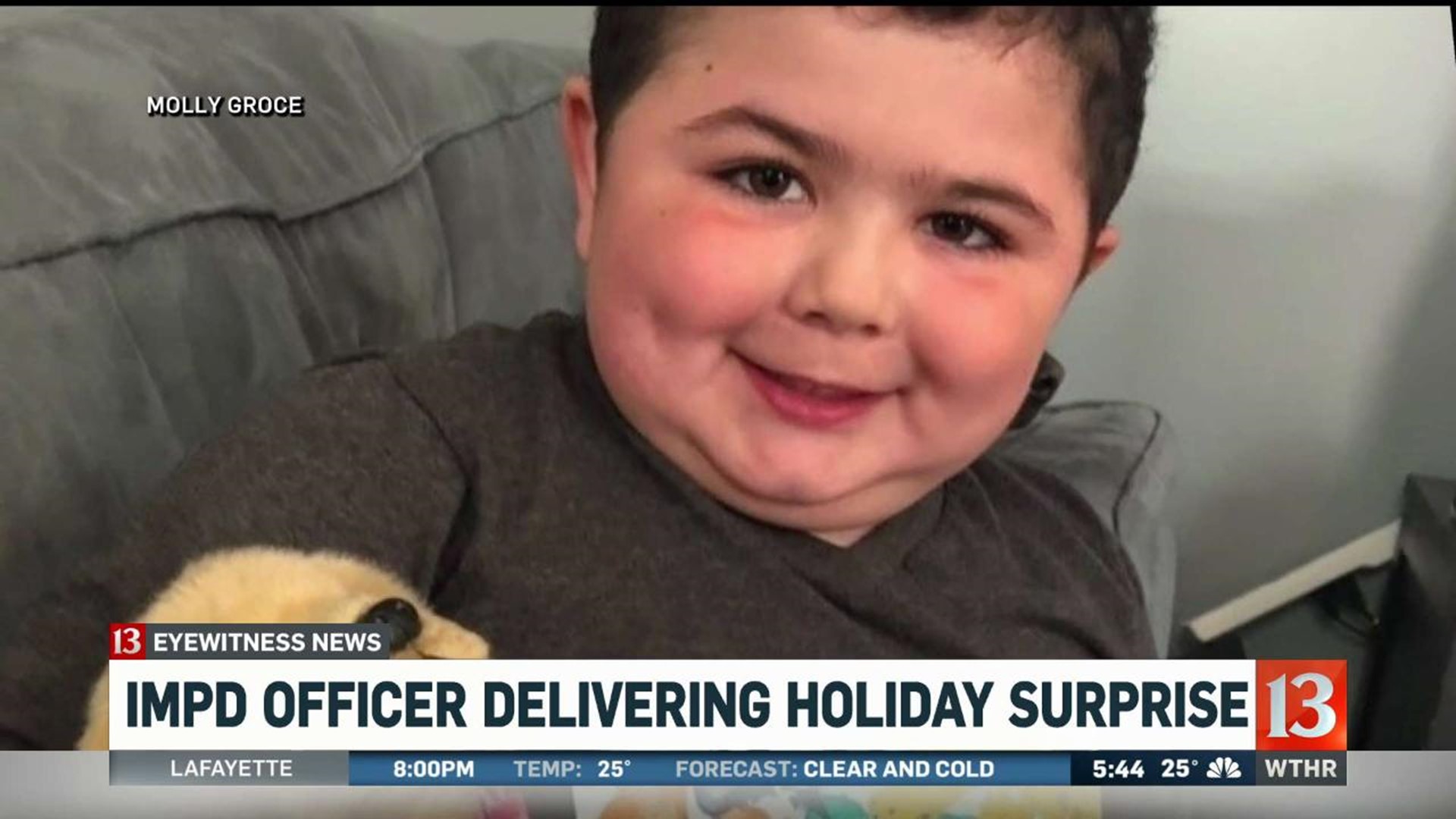 Trooper is one of six dogs Groce and her husband have at home. Trooper, whom she describes as a goofy, fun-loving pooch...is not her K-9 partner. ​Lando, a German Shepherd is.

But all of Groce's canine pals are featured on Lando's Instagram page. Officer Groce said it "kind of shows the chaotic life of having six dogs."

The page has 52,000 followers, including Aiden, an 8-year-old-old boy who lives in New Hampshire and has become the canines' biggest fan.

Aiden has Duchenne Muscular Dystrophy, a progressive disease with no cure. Officer Groce said Aiden's mom began following Lando and his fellow pooches more than a year ago and then began reaching out.

"She said this is how (Aiden) passes time when he's at the hospital he visits," Groce said. "He loves watching the dog videos, especially the ones with Trooper."

A friendship formed with Officer Groce and Aiden talking every other day.

He even has a stuffed toy dog named "Trooper."

He'll soon meet the real one.

"His mom keeps telling he's going to be thrilled but honestly think I'm more excited than an 8 year-old, this is Christmas to me really honestly," Groce said.

Officer Groce helped arrange a "K-9 Christmas" for Aiden by asking K-9 handlers close to where Aiden lives to visit him this Friday.

Officer Groce said while he told his mom he was very excited about that, he added, "wouldn't it be better if Molly and Trooper were there?"

On Thursday, she and Trooper will hop in the car and drive 15 hours to New Hampshire to surprise Aiden.

"I think especially as a police officer you can get jaded, and Aiden for me represents why I do my job," Groce said. "He honestly has a heart of gold and so does his family."

The trip is made even more special because Officer Groce raised more than $25,000 on GoFundMe to buy a wheelchair accessible van for Aiden's family. That van will become critical as Aiden begins to lose mobility.

Officer Groce said more than 600 people from across the country donated to the cause, including many she doesn't know and a company chipping in $5,000.

"It's overwhelming that people are being that generous," she said. "It's definitely impacted me, it's impacted my whole family. My husband is a cop too. We just had a moment where we just cried, honestly because of how generous people are being."

And it is all because of a "goofy" dog that captured a little boy's heart and made him laugh...even during life's biggest challenges.