The creator of "Teenage Mutant Ninja Turtles" is helping homeless Hoosiers by teaming up with an Indiana charity, Hotels for Homeless. 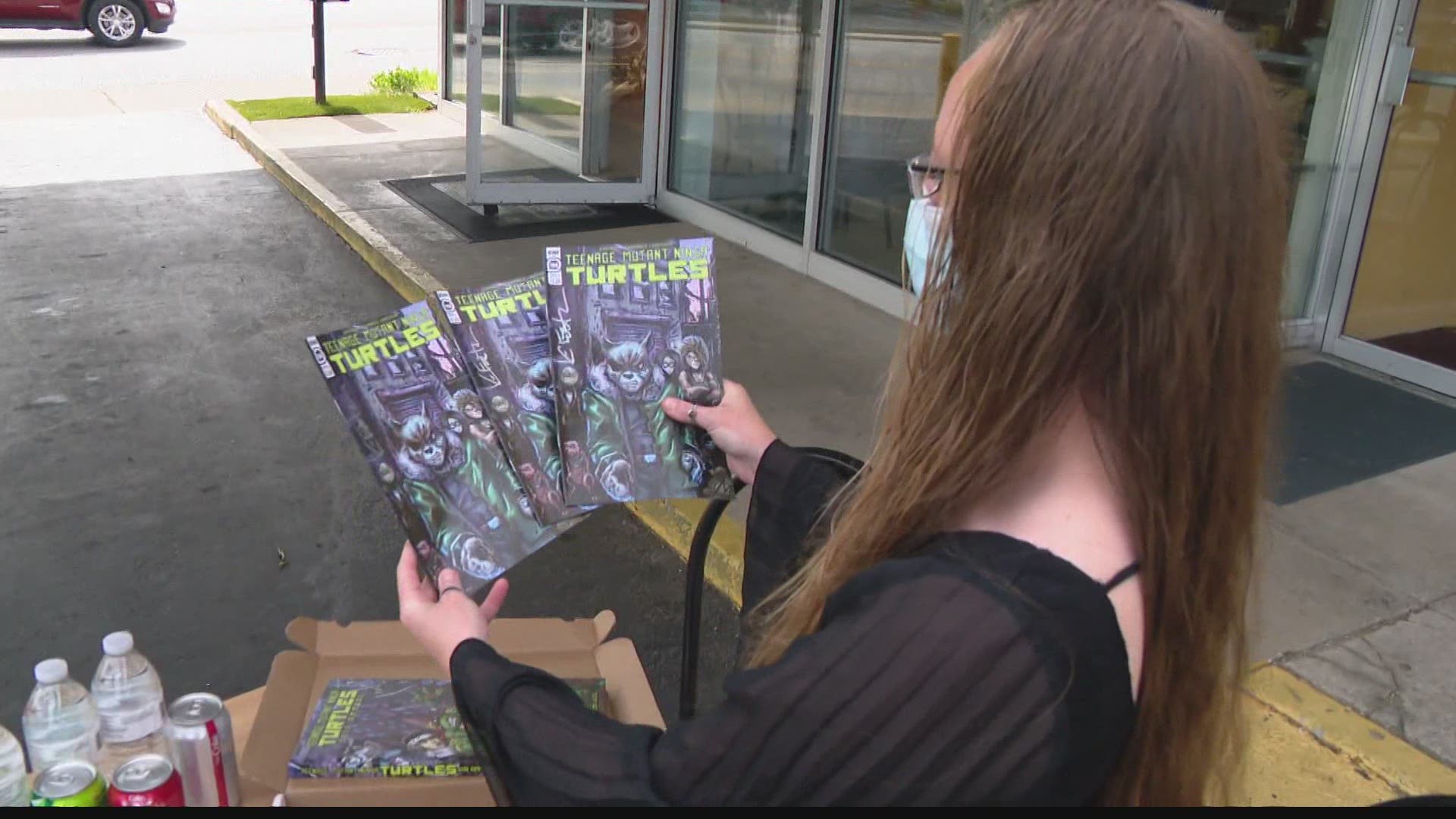 The California artist teamed up with an Indiana charity, Hotels for Homeless, and now you can help too.

The Travelodge in Bloomington has really become a safe haven for families in need during the COVID-19 crisis.

Katie Norris founded Hotels for Homeless in March. We first shared her story in April.

And during the pandemic, she's helped 100 individuals and families stay healthy and sheltered off the streets.

A third of those people have since successfully transitioned into stable housing on their own.

"They've just fallen on hard times and need a little help to get through," Norris explained. "I'm really excited, and I'm in awe. I watch miracles happen every day."

And recently, she got a miracle from an unexpected source: cartoon characters.

More specifically, the Teenage Mutant Ninja Turtles, or at least their creator in California who's now helping the cause in Indiana.

(By the way, Norris can and proudly will sing the theme song by heart.)

"Heroes in a half shell! Turtle power," she sang with a laugh. "What happened was Kevin and Courtney Eastmen found us online and saw what we were doing  and reached out and said, 'Hey, we'd like to donate some signed comic books to help you guys raise money to keep some families sheltered.'"

Norris received nine comic books and a hardcover, all autographed and ready for auction.

Norris is a huge fan and so is her son. So getting that call from Eastman was a thrill.

"Oh, I was jumping up and down and calling my dad and my sister and brother and my friends. I'm like, 'Oh my God, you'll never believe what happened'," Norris said.

"It was my childhood dream. I'm still a big kid," Eastman said of being a comic book creator.

He started drawing the turtles three decades ago and loves connecting with fans but says he and his wife also love to give back through charity.

Helping Hoosiers, he says, made sense.

"It seems like a simple thing to do, but it's a very very important thing to do, and we love that we can do that and reconnect with our fans and all do something positive," Eastman said. "So if we can do something, even in the smallest way, a donation of some kind that helps a little bit and Hotels for Homeless is such a wonderful program that we were happy to do anything we can in these times."

It may seem like a strange pairing: comic books and COVID-19 shelters, but it also kind of fits.

These characters are heroes after all.

"And our community is full of heroes," Norris said. "The Ninja Turtles were all about helping people that needed help and protecting those that couldn't protect themselves, and that's what we do!"

Hotels for Homeless has already auctioned off two of the comic books. That money went to help house a couple of homeless families in Bloomington hotels.

If you'd like to donate and potentially get a comic book, they're taking bids now.

You can reach out on Facebook or send an email to h4hbloomington@gmail.com.