IU Health is starting a "living donation" program to get more donors and save more lives. 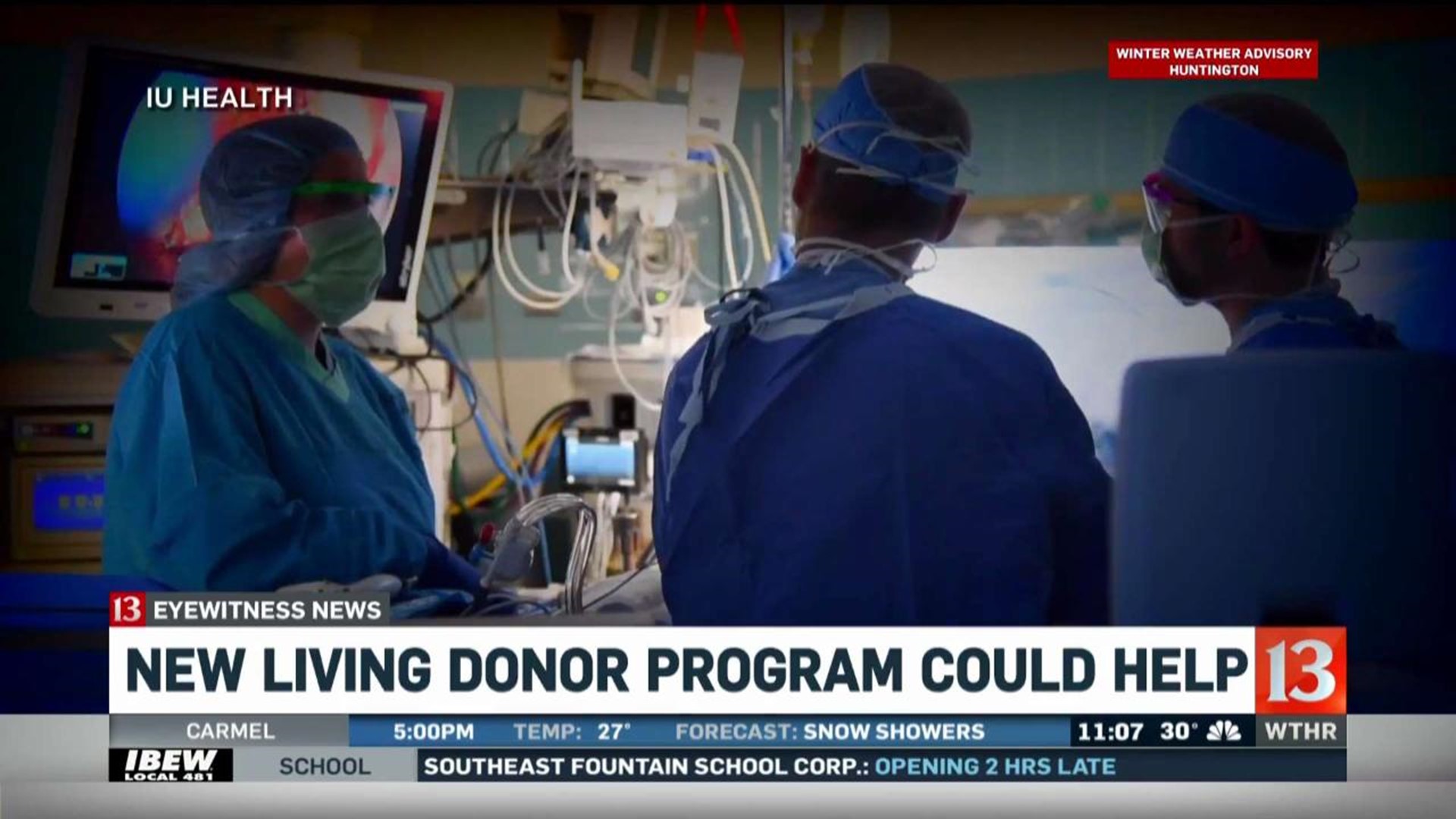 INDIANAPOLIS (WTHR) – New rules, that just took effect Tuesday across the country, could hurt Hoosiers in need of a liver transplant.

The wait for life-saving treatment is getting a lot longer.

That's why IU Health is starting a "living donation" program to get more donors and save more lives.

It could make a serious difference for Debbie Lehman.

Once a week, Debbie and her husband make the two-and-a-half hour drive from Bicknell in southern Indiana to the IU Health Simon Cancer Center in Indy.

She needs a liver transplant. She's needed one for awhile, ever since doctors diagnosed her with non-alcoholic fatty liver disease.

"Five years ago? Yeah...I've been waiting that long," she said.

"I worry that my health won't stay up," Debbie explained. "You don't know if you'll get a liver in time or not, you know?"

In fact, doctors say new rules nationwide mean Debbie and other Hoosier patients will wait even longer for a liver.

"It's going to be pretty tough for them to get organ offers," said Dr. Shaekhar Kubal, surgical director of the adult liver transplant program for IU Health. "And they're going to have to get sicker before they get organs."

The changes are being made through new policies from the United Network for Organ Sharing (UNOS), which runs the nation's transplant system.

Now, the sickest patients, who may live much farther away, will get first dibs on donors.

Hospitals say that could hurt Indiana where organ donation rates are strong.

It used to be that livers donated locally -- for the most part, stayed local.

"But now that goes to a big circle with a radius of 500 nautical miles and that's almost half the country," Dr. Kubal explained. "Livers from Indiana will go to places like Chicago where these are densely populated areas where there are patients with high meld scores (most severely diseased)."

That means livers likely won't go to those in need in Indiana -- not to people like Debbie.

"You just gotta be positive and hang in there," Debbie said.

She is staying positive because of a brand new living donor program that could help.

Debbie may be able to get a liver from her granddaughter Zoe, who's undergoing testing right now.

For the first time, instead of relying solely on cadavers for transplants, surgeons at IU Health also will perform live-donor transplants.

Just like donating a kidney, people can donate a portion of their liver.

Dr. Kubal says the operation, like a kidney donation, is relatively safe and low-risk.

And unlike kidney donation, there's no loss of organ or function.

The donor's liver grows back since livers can regenerate within a few weeks.

Debbie's family all got tested as soon as they learned about the program.

Her four children weren't good candidates or matches, but her granddaughter has potential.

There are about 70 Hoosiers on the waiting list right now for a liver transplant.

An ideal donor doesn't have to be related to the patient, just healthy, between 18 and 55 years old, not obese and without history of liver disease.

To learn more about transplants and living donation, click here.