One Indianapolis disc jockey will soon be giving a part of herself to someone in need. ​ 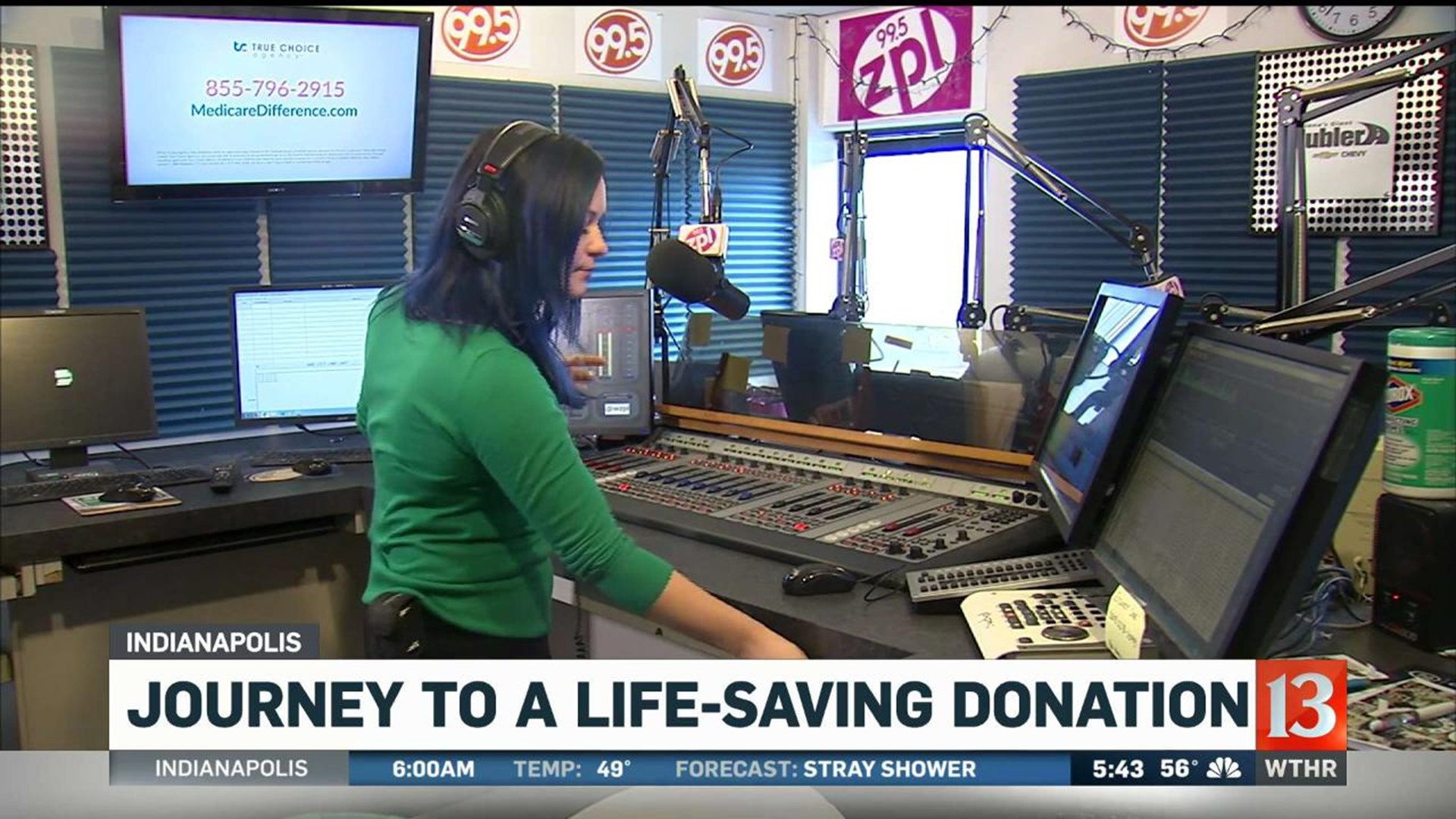 INDIANAPOLIS (WTHR) — One Indianapolis disc jockey will soon be giving a part of herself to someone in need. ​

Nikki Reed has been with the Smiley Morning Show on WZPL for about nine years, but she recently made a decision that will change her life.​

"The more I researched it the more I started to ask why don't more people do this. It's a lot simpler than it sounds," Reed said. ​​

On Thursday the 34-year-old announced she's donating her kidney to a stranger.​​

"I actually put in to donate to Michael Kaltenmark, who is the handler for Butler Blue dog, and I wasn't a match for him, but I thought if I was willing to do it, why wouldn't I be willing to do it for anybody," said Reed.​

Reed said her research leading up to her interview with Kaltenmark motivated her to step up.​​

"There was something inside of me that said this is what you're supposed to do," she said.

Reed said the process of becoming a donor began seven months ago. ​

She recently began documenting her story on YouTube.​​ It's called "Nikki's Kidney Minute 3: All The Testing and My Parasite!​"

"Tons of tests. That's all that I've been doing lately," she said. "Let's see I did a mammogram, and a pap smear and a chest X-ray and an EKG and an Echocardiogram. I did all my blood testing and it found I had some sort of parasite."

Doctors killed off those parasites. Now, she's prepping for her Dec. 18 operation. ​​

Reed said doctors told her recovery should take about two months. She wants to meet donor, but said ultimately is up to the recipient.​