Credit reporting company Equifax announced this week they had been hacked from May through June, exposing consumer's personal information like names, social security numbers, birthdates, addresses and even driver's license numbers. 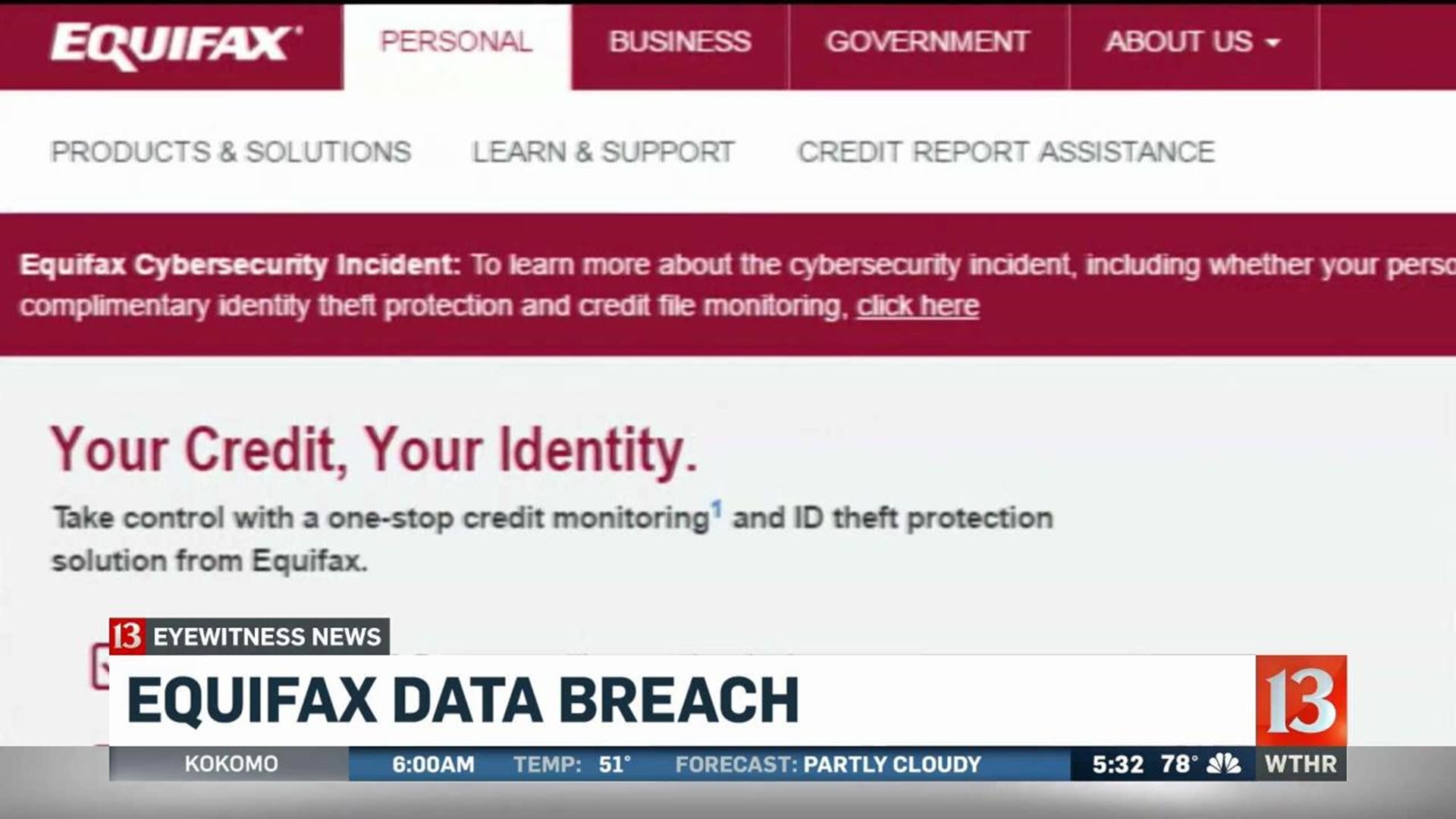 FRANKLIN, Ind. (WTHR) - When it comes to doing business, Debi Gahimer is a bit old fashioned, never giving out too much information online.

"We're very very careful not to put information out there that anyone can use," Gahimer said from her Franklin home.

That doesn't help though when it comes to the latest cyber-security breach that could potentially leave 143 million people like Gahimer vulnerable to identity theft.

The credit reporting company Equifax announced this week they had been hacked from May through June, exposing consumer's personal information like names, social security numbers, birthdates, addresses and even driver's license numbers.

Gahimer logged on to a website Equifax provided and learned she was likely a victim of the breach.

"We got a message that says ‘based on the information that you have submitted, it appears your information may have been compromised’," said Gahimer.

"We're talking about almost half of our country's population has just been victimized or exposed and I think we should be more mindful as to the direction we should go," advised Alex Joyce with ReJoyce Financial, LLC.

Joyce says even if you haven't been compromised, it's a good idea to freeze your credit so scammers can’t open a line of credit in your name.

"When you do that through all the three major bureaus, they give you a pin number, you freeze it. At the end of it, you use that pin number, you unfreeze it, but I think now is a time to be more proactive than ever," Joyce said.

Joyce also recommends signing up for credit monitoring through your bank or another company that provides the service.

Equifax has offered the service free for a year to anyone whose information was hacked in this breach, but there could be a catch. Signing up for the monitoring could mean you give up your right to bring any kind of lawsuit against them for financial damages.

Joyce believes signing up with another service is worth the money it could cost.

"It does cost money," said Joyce. "But so does purchases on your credit and so does the long tem effects," he added.

Meawhile, people like Gahimer are just hoping she won't see any long-term effects or damage.

"We have fought very hard to get our credit scores back up where they are so that we can be able to have nice things and then for somebody to just come in and go 'Ok, you've done all the work, so let me have it now’," said Gahimer.

"It's frustrating. I'm angry," she added.

The Indiana Attorney General's Office say close to 4 million Hoosiers have been affected. They're advising people to take action immediately by freezing their credit and signing up for credit monitoring.

A New Whiteland man has already filed a class action lawsuit against Equifax.