Mark Nicholson served his country, then served time, but rose out of homelessness to become a top attorney in Indianapolis. 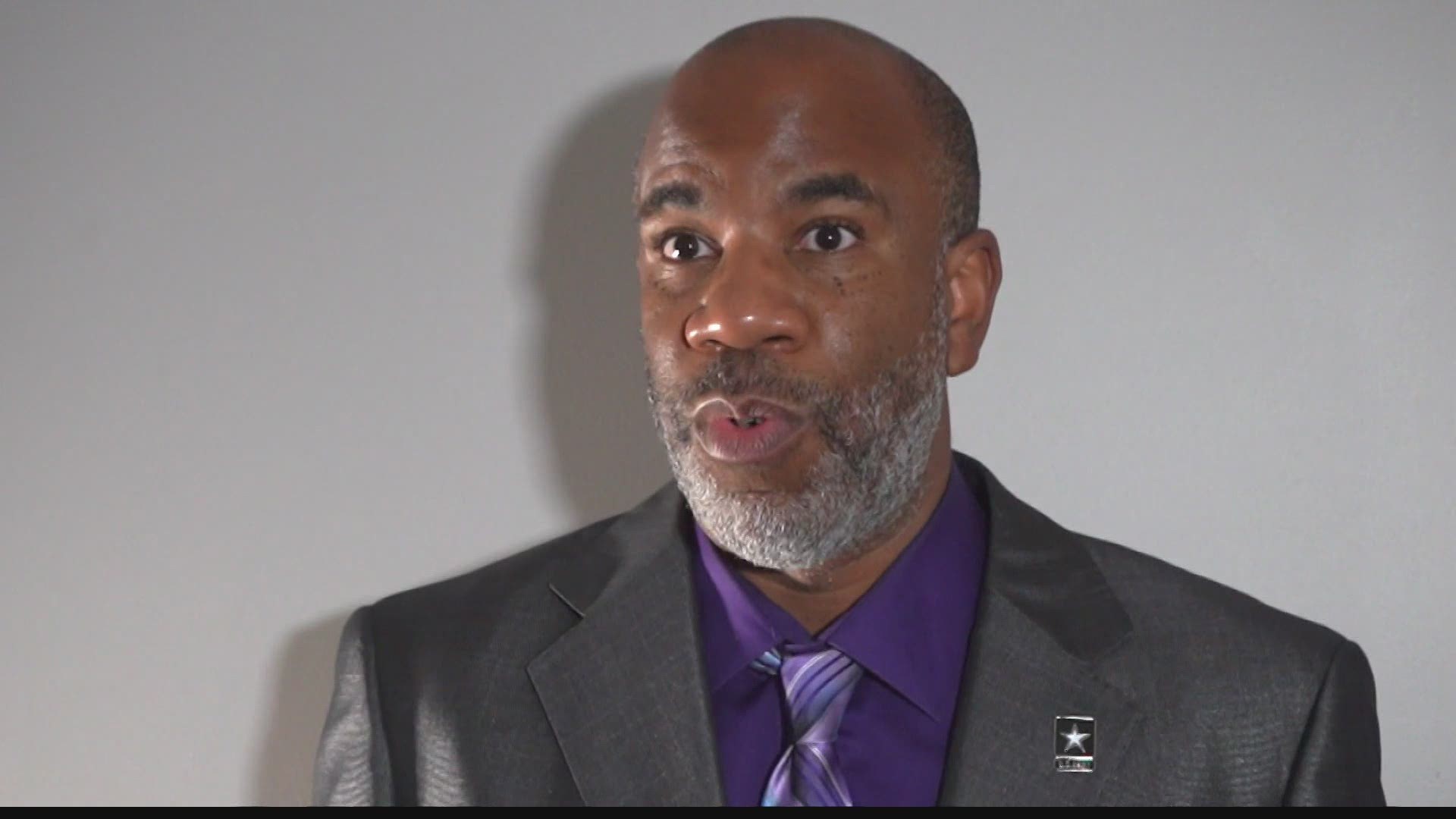 INDIANAPOLIS — From living under a bridge off Meridian Street to being named a 2020 Elite Lawyer, Mark Nicholson said he knew he had to surround himself with supporters and positive influences in order to rise to his destiny.

At the age of 32, Nicholson enrolled in law school. He said his age gave him a different perspective.

“Some of the younger students may have thought this was the most challenging thing they had ever faced," said Nicholson. "I had already been through a lot of challenges."

As an Army and National Guard veteran, one of those challenges occurred during Nicholson’s three years in the military.

“Being in Panama, not knowing if you were going to get shot or killed,” said Nicholson.

He said that less than a year after coming home, he “was charged in 1991 with murder and convicted of voluntary manslaughter."

“Prison was not a welcoming environment. People were being killed, there were drugs,” said Nicholson.

He said he served 12 years behind bars.

“Being gone for so long and then being released, with I think, at the time they gave you $70, that’s all I had,” said Nicholson.

With just $70, Nicholson was homeless, “living under a bridge outdoors, off of Meridian.”

But he wasn’t giving up.

“When you’re at the bottom, they say the only (other) way is up. So I knew at some point, my life was going to improve as long as I keep working at it,” said Nicholson.

Taking control of his life

Nicholson said he made the conscious choice and effort to surround himself with a positive support system.

“When things are bad, someone can be a negative influence and says, ‘Things are bad, yeah, give up.’ But when you have a positive network, people can encourage you to keep struggling, keep fighting and work to improve yourself,” said Nicholson.

He said that he found strength through his faith and decided to look for work experience.

“I didn’t have a job, so I thought, 'I need job experience,'” said Nicholson. “So I contacted the ACLU of Indiana and asked if there was anything I could do."

He said he didn’t disclose to them at the time that he was homeless.

Then one day, he said he saw a man handing out flyers and asking for money. Nicholson said people were just walking past the man, ignoring him. Nicholson decided to grab one of the flyers. It was for HVAF, a locally-based organization that provides support and services for homeless veterans and veterans at risk of homelessness.

He said he called HVAF, who said they didn’t have anyone standing handing out flyers, but that they could help him. To this day, Nicholson refers to the mystery man as his angel.

It’s clear that Falk was a major influence on Nicholson’s life, because Nicholson uses the ACLU of Indiana’s legal director’s name almost interchangeably with the organization.

Nicholson said it was through the support of organization like HVAF, the Horizon House and the ACLU of Indiana where he volunteered, that he was able to find that positive supportive network he was hoping to build.

"The first two years of law school, I was homeless"

Nicholson said he can’t exactly explain what drew him to law.

“I just felt God put it on my heart to go to law school,” said Nicholson. He said he didn’t grow up wanting to be a lawyer, but something called him to law. And once it did, he let go, took a leap of faith and enrolled in law school.

“I didn’t have any contacts, didn’t know any lawyers. I went to the IU McKinney School of Law and made contact with Professor Mary Mitchell, and that was the beginning of my journey to law school,” said Nicholson. “The first two years of law school, I was homeless."

While taking night classes at law school, Nicholson began working during the day. He said he picked up a part-time job at Marshalls and then eventually worked as a bailiff at the Marion County Court. He said he would take a bus to his transitional housing.

“Living in (HVAF’s) transitional housing, I made the dean’s list for a semester, second year I was class president and the last year they voted me as the graduation speaker,” said Nicholson.

Although Nicholson never knew he was going to be a lawyer, looking back on his life, it looks as though his current career path was always part of his destiny.

“When I think back to my time in prison and being what they call a 'lay advocate' and representing people in prison, to filing all these grievances, to working at ACLU, all that, it was like God was preparing me for my calling now as an attorney,” said Nicholson.

Nicholson said his experiences make him the lawyer he is today.

“Everybody has a story, and I can understand some of the trials and tribulations they're going through," said Nicholson. “Because of that experience of what I bring to it, that’s why I fight so hard for my clients. That’s why I don’t want to give up. That’s why I believe in them.

“And I know no matter what they’ve done or what they’ve been accused of and may not have even done, they can turn their life around and do good for this country, for this community, for themselves,” said Nicholson.

This year, Nicholson was named a 2020 Elite Lawyer.

“It shows you how great America is, despite all the discrimination, racism, prison, homelessness, there’s still opportunity for us to excel in life and overcome obstacles. My story is just an example of what we can do when we put our mind to it, have faith and have a good support network,” he said.