A fire involving three houses on Mallard Glen Court on the far southeast side may have started with a lightning strike. 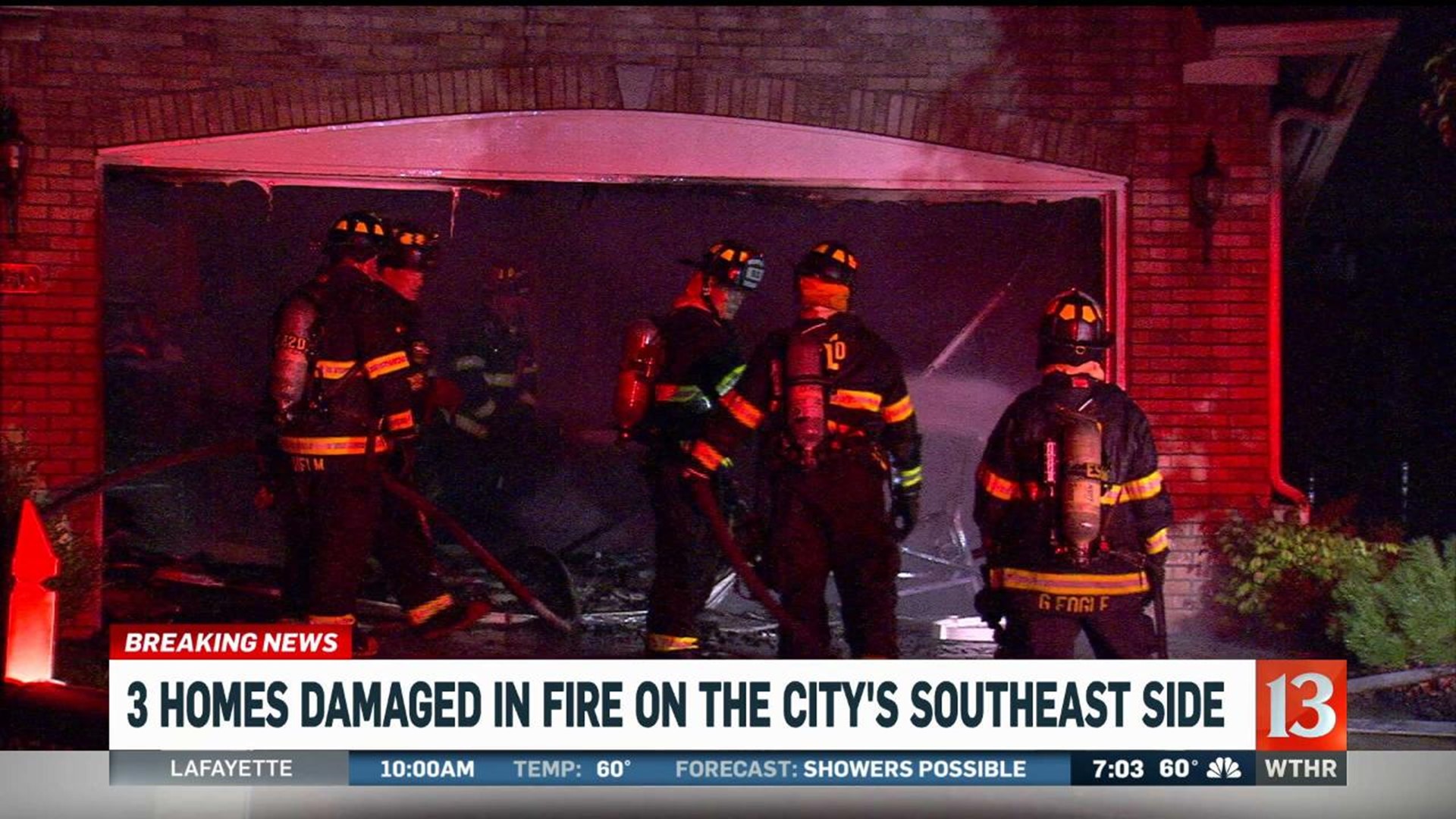 INDIANAPOLIS (WTHR) - A fire involving three houses on Mallard Glen Court on the far southeast side may have started with a lightning strike.

The houses sit on a cul du sac in the Hunters Crossing addition off Senor Road south of Interstate 74 in Franklin Township.

Early indications show the fire started shortly after 3 a.m. in one house, then spread to two others.

No residents were injured.

John Yantis told firefighters his smoke alarm went off soon after storms moved through the area. His house was engulfed when firefighters arrived. Yantis and his wife got out.

His next door neighbor got a knock on the door from an alert Uber driver who was dropping off in the area. They also got out as fire spread to their home.

One firefighter was taken to the hospital to be checked out for possible heat exhaustion.