Prosecutors believe the teen should stay in the juvenile detention center for his own safety. 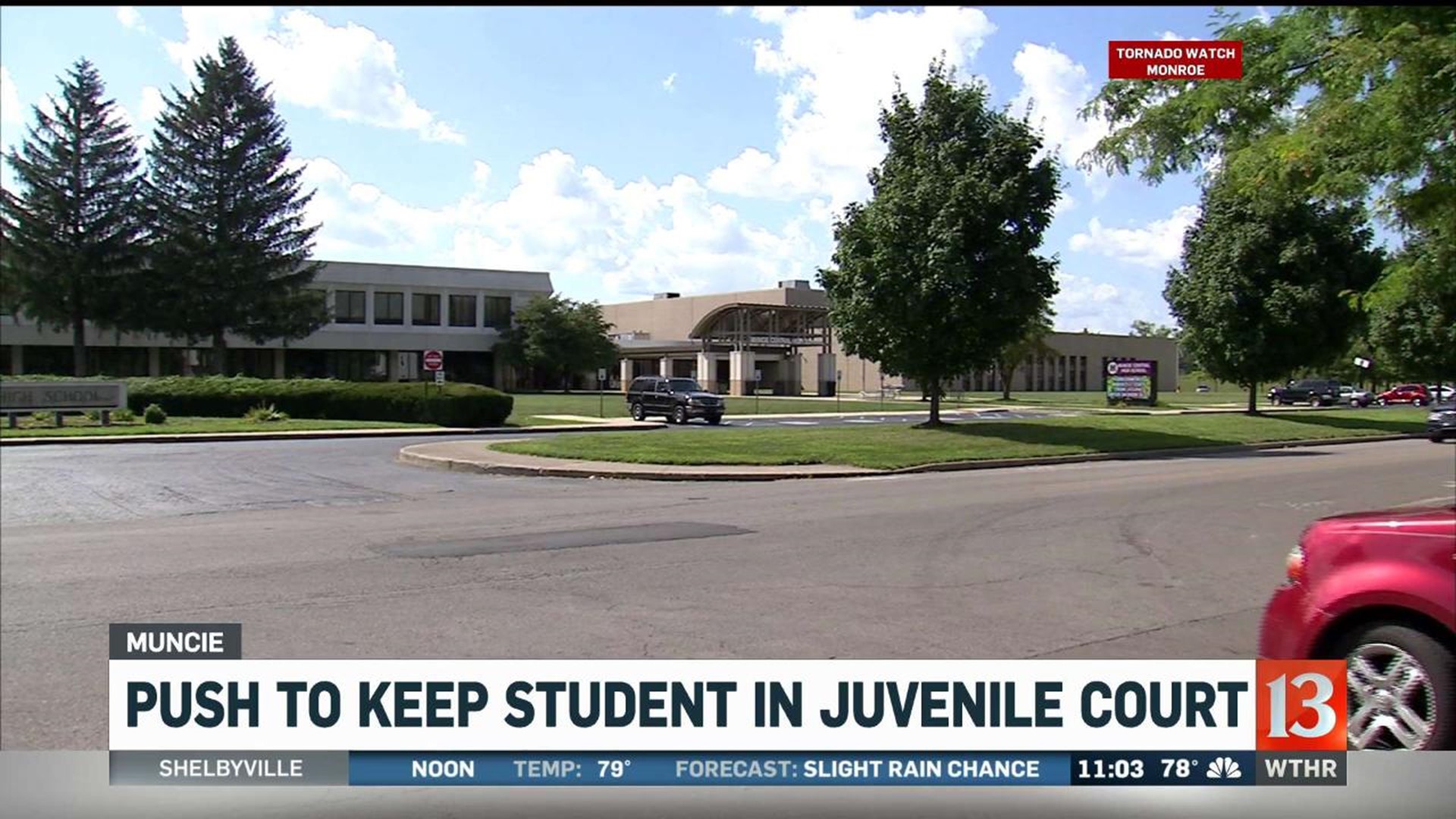 MUNCIE, Ind. (WTHR) — The Delaware County prosecutor wants to keep the student who was allegedly caught with a gun near school in juvenile court.

A delinquency petition has been filed against the 15-year-old boy.

According to court documents. the student allegedly told a witness that he had issues at school earlier that day.

Even telling them he "has beef with some people and that he might have to shoot a couple of people."

When the armed teen headed to Muncie Central High School Wednesday afternoon, five school resource officers were looking for him.

But students were never warned of a threat that was just across the street and no one sounded the alarm to lock down the building.

When police caught up with the boy, they confiscated a loaded handgun.

"Our students were very safe," said Muncie Schools CEO Lee Ann Kwiatkowski. She said exterior doors were already locked. Students were in their classrooms when two school police resource officers went out to confront the student and three others remained in the building.

The situation, Kwiatkowski said, "...developed so quickly and was over in minutes."

"It was a very serious incident," said Delaware County Prosecutor Eric Hoffman. "We are very thankful Muncie intervened to prevent a tragedy from happening."

The student left school earlier in the day and apparently told someone he would be back. That someone tipped off two of the school's resource officers.

Within minutes, they had the 15-year-old under arrest. That crucial tip came from outside the school.

"Someone saw or heard something," Hoffman said, agreeing that the tip potentially saved lives.

Prosecutors believe the teen should stay in the juvenile detention center for his own safety.