John Myers II, the man convicted in 2006 of killing IU student Jill Behrman in 2003 will be released from prison while he appeals his conviction. 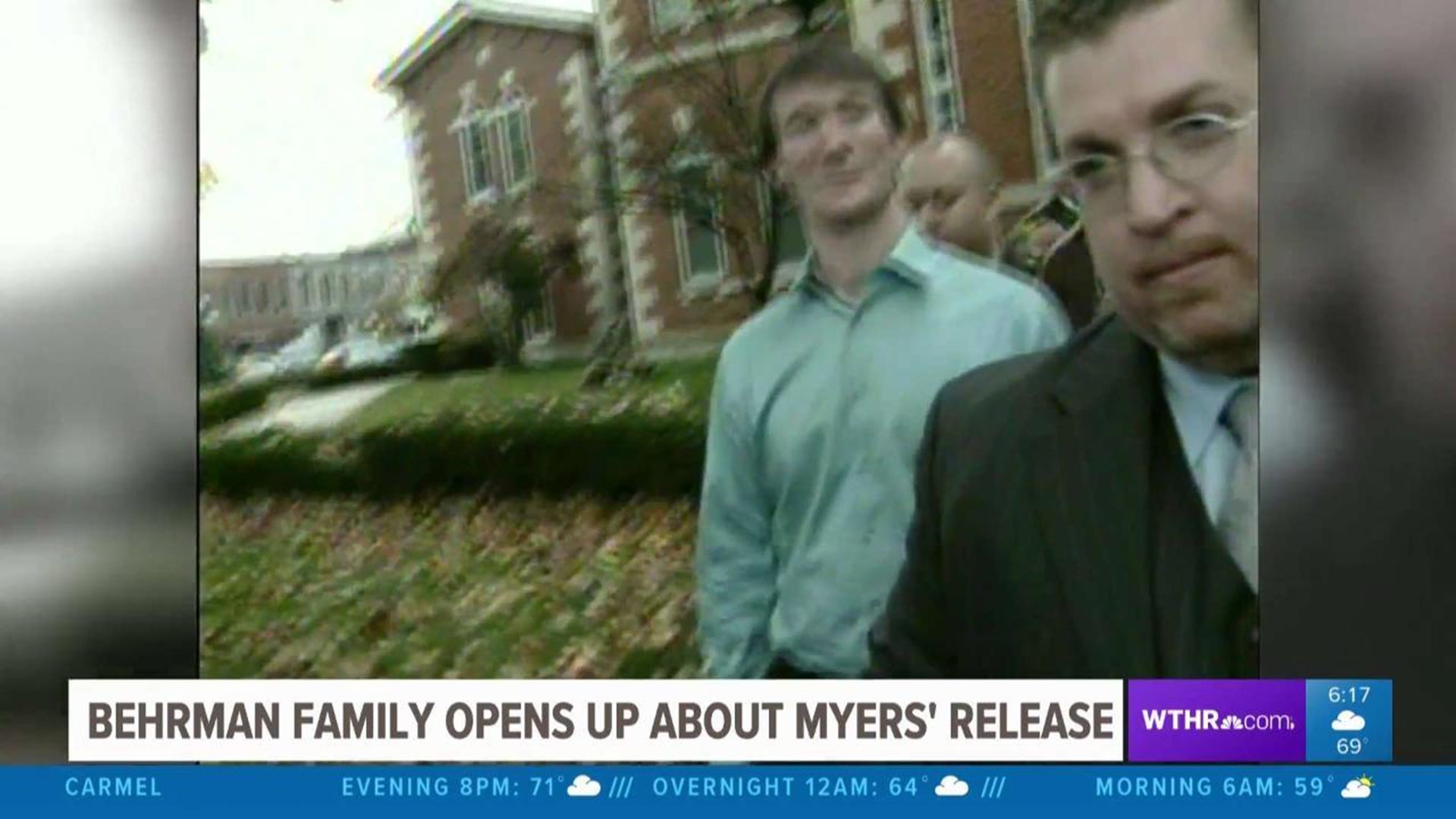 INDIANAPOLIS (WTHR) - John Myers II, the man convicted in 2006 of killing IU student Jill Behrman in 2003 will be released from prison while he appeals his conviction.

The court granted Myers' petition for writ of habeas corpus and ordered that he be released or retried. Myers argued that his psoriasis medication suppresses his immune system, making him more vulnerable to complications from COVID-19 while in prison.

Myers claims in his appeal that he received ineffective assistance from his attorney in the Behrman murder case. Myers was sentenced to 65 years in prison for Behrman's murder.

The state had 120 days from the date of the ruling last fall to vacate Myers' conviction to decide to retry Myers. According to Sweeney's ruling Friday, the state did not show that "the State will be irreparably harmed by Mr. Myers's release or that the public interest lies in favor of his continued incarceration pending appeal."

Brian Behrman, Jill's brother, said he learned of the ruling on Friday and posted on Instagram that the family was not afforded an opportunity to speak for Jill. "Once again, our system silences victims. It silences those who care for those who are lost," he posted.

This is my sister Jill. The picture was taken just before her freshman year in college. On May 31, 2000, Jill went for a bike ride as she often did. This time she never came home. . . For almost three years Jill was missing. In March of 2003 her remains were found by a hunter in Morgan County. She was killed by a contact shotgun wound to the back of her head. I will never forget looking at her remains in a small basement room on the campus of UIndy. . . In April of 2006, police arrested John Meyers in the abduction and murder of Jill. In October of 2006, Meyers was found guilty of murder and sentenced to 65 years in prison. . . Why do I bring this up today? I just got off the phone with my mom. She shared with me that Judge James R. Sweeney II of the US District Court issued a ruling based on a recent appeal. In his ruling, Meyers will be released after a quarantine in jail of 14 days. . . This appeal is based on the fact that Meyers received inappropriate counsel in his trial in 2006. The lawyer, Patrick Baker, is still practicing law in Indiana. He was censured by the state bar as a result of his work in Jill's case. How does he still gets to practice in this state? . . But the most upsetting part? Because of the way our system works, nobody from our family was able to speak for Jill. I'm not going to lie. The case was circumstantial. There was no DNA. There was no murder weapon. But there was a wide variety of evidence that led a jury of 12 peers to find Meyers guilty. Once again, our system silences victims. It silences those who care for those who are lost. My sister didn't get to be present for my wedding. My children will never know their Aunt Jill's voice or laugh. And the system doesn't allow anyone to speak for her at this time. . . I write this from a place of anger and hurt. I just had the biggest cry I've had in a LONG time. I hugged my kids in a way that they couldn't understand. I've said it before, and I'll say it again. There are many things I love about the life I have and the place I live. But time and again, I have seen victims be treated as less than. It sucks. Jill doesn't have a voice anymore, but I can be a voice for her.

"This appeal is based on the fact that Meyers (sic) received inappropriate counsel in his trial in 2006," Behrman posted. "The lawyer, Patrick Baker, is still practicing law in Indiana. He was censured by the state bar as a result of his work in Jill's case. How does he still gets to practice in this state?"

Baker told 13News when the appeal was filed that his firm "initially took on Mr. Myers’ murder case in April of 2006 pro bono because we believed in his innocence, as we still do."

Based on Myers' argument that he has had no issues while in prison and no previous criminal history, the judge concluded Myers would not be a danger to the public during his release. Myers told the judge he planned to live with his mother in Ellettsville.

He is scheduled to be in quarantine for two weeks and released at noon, CT on Monday, June 15.

He is permitted to leave home only for medical appointments under the supervision of the U.S. Probation Office for the Southern District of Indiana. He also has to wear an electronic monitoring device and practice CDC social distancing guidelines.