An Indianapolis woman celebrating her 101st Christmas has become an inspiration to many, especially her family. 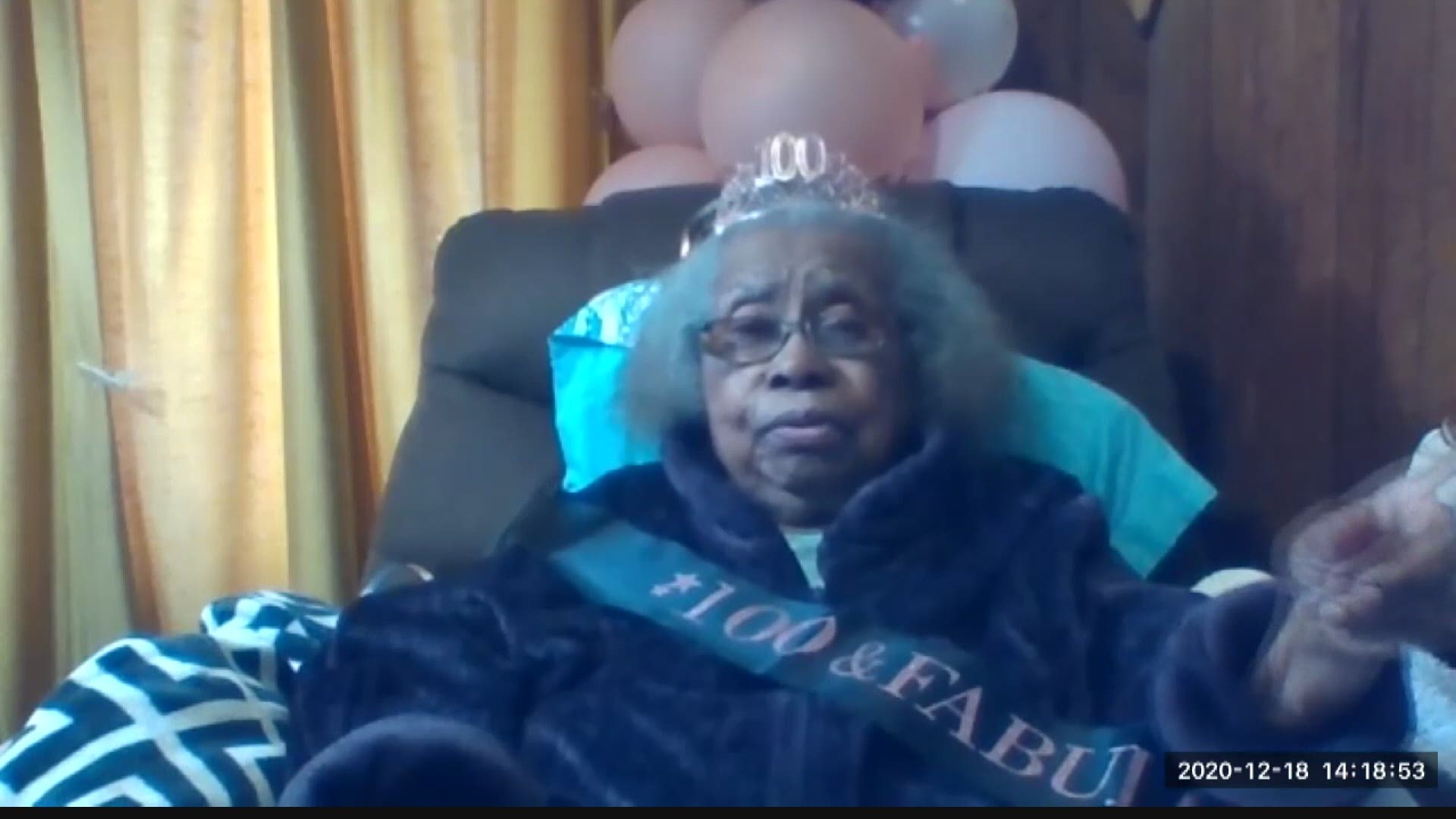 INDIANAPOLIS — An Indianapolis woman celebrating her 101st Christmas has become an inspiration to many, especially her family.

Beatrice Wright is usually surrounded by family during her birthday events like in the past couple of years.

These days, she has adapted to social distancing, like many others. She's lived through a lot, but nothing like 2020.

"You got to put their mask on before they come in and I put mine on also, got it in my hand," Wright said.

Those who talk to Wright are inspired by her words. She explained her secret to long life.

"It's about loving everybody and trying to treat everybody fairly and give thanks to God for everything," she said.

Beatrice was born on Nov. 26, 1920 in Armorel, Arkansas where she worked with her siblings and cousins in the fields. The local school was too far for them to travel to, so they got most of their education at home. Hard work was at the core of her growing up and became routine for them.

"I was in slavery but I didn't know it," Wright said. "I grew up in Arkansas. We worked, We picked cotton."

She and late husband of 50 years, David Wright Sr., moved to Fountain Square in 1962. She held many jobs over the years as a nurses aide. At around the age of 80, she retired from the Southeast Healthcare Center in Fountain Square, where she was a cook for their senior program for more than 10 years.

Wright loves attending church when she’s able. She is a member of New Hope Missionary Baptist Church, where she served as an usher until standing for long periods of time became a challenge.

She is affectionately known in the family as the “comeback kid” because she is quick to come back with a witty comment during joke time and family chats full of laughter.

Due to the pandemic, a lot of time has been spent greeting family over Zoom. Nevertheless, being surrounded by family means more now than ever before for the family's only centurion.

The family gatherings have recently been hindered by the pandemic. In all her years, the spread of coronavirus has been like none she has seen.

"I never heard talk of nothing like what's going on now, never," Wright said.

In her 100 years, Wright had her own hopes about the White House. She believes she's one reason Barak Obama became president.

"Truly, this is no lie. I had really prayed for there to be a black president. It wasn't really too long before they elected him," Wright said.

Now her prayers are for the country's first Black elected to serve as vice-president, Kamala Harris.

"I am proud that he asked her to be his vice president," Wright said.

Congressman Andre Carson (D-Indiana) recognized Wright's long life with a proclamation he signed and mailed to the family.

Wright is also part of the "Smucker's 100" which airs on NBC's TODAY Show.

Wright said she just wants to continue to be blessed with good health and surrounding by family.