This is an historic win for Amanda Vincent, becoming the first marine conservationist to win the Indianapolis Prize. 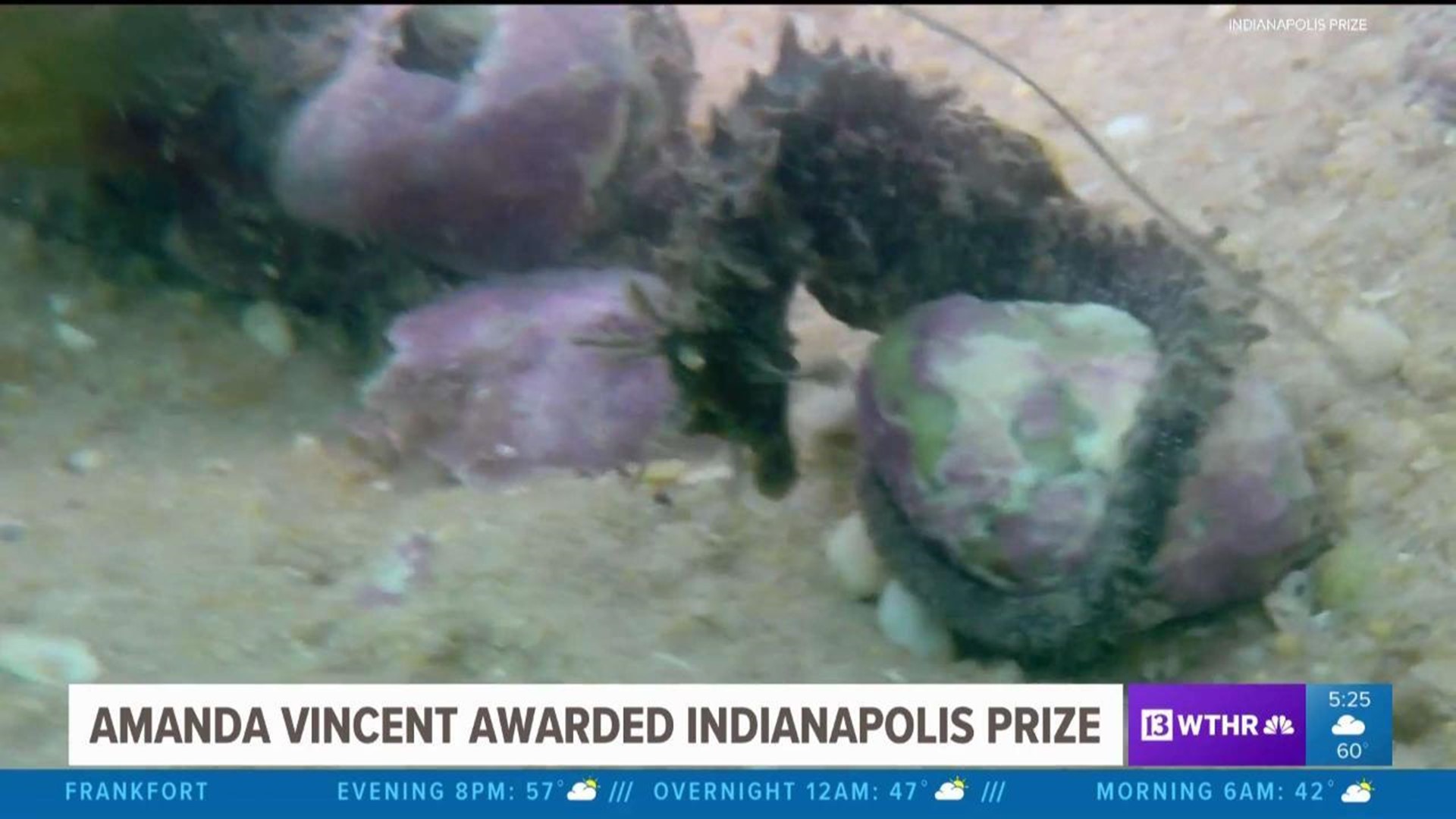 INDIANAPOLIS (WTHR) — The winner of the 2020 Indianapolis Prize has been announced.

This is an historic win for Amanda Vincent, becoming the first marine conservationist to win the Indianapolis Prize.

"Oh, I'm so excited,” Vincent said. “I'm really excited because this is the first time that an ocean project, ocean conservation has won the prize."

The Indianapolis Prize puts the spotlight on the world’s leading animal conservationists.

Collectively, the six finalists are credited with saving dozens of animal species from extinction.

Vincent is a champion for seahorses.

"I started working on seahorses because only the male gets pregnant. And I was super interested in the evolution of sex differences," Vincent said.

Her "Project Seahorse" team seeks to end harmful fishing practices. She has established dozens of marine protected areas where no fishing is allowed, which allows seahorses and other marine species to thrive.

For Amanda Vincent, winning the Indianapolis Prize represents a big opportunity to bring more focus to the place she loves most of all.

Click here to watch an extended clip of Scott's interview with Vincent.