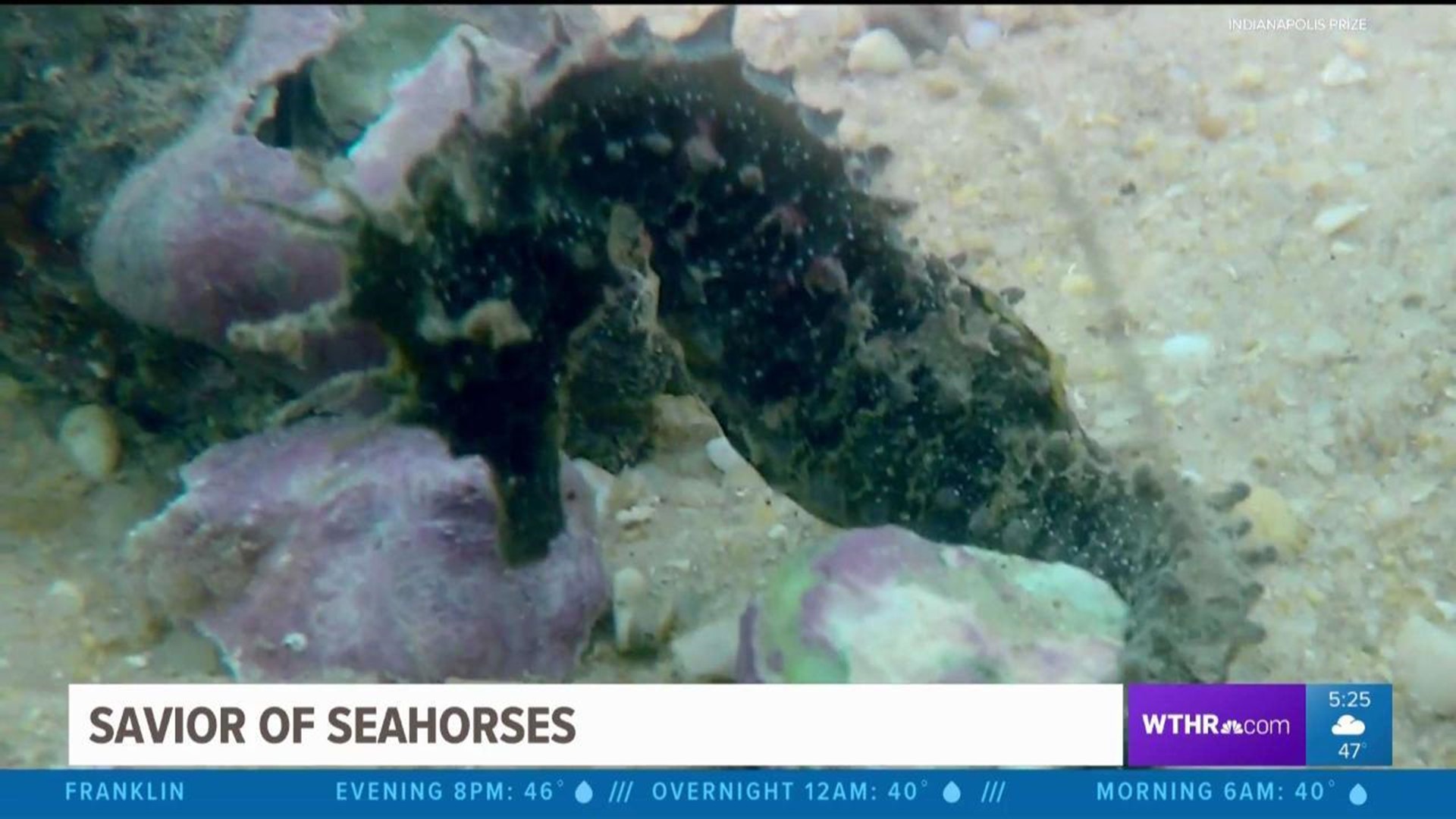 INDIANAPOLIS (WTHR) — The Indianapolis Prize recognizes the best animal conservationists in the world.

One of this year’s six finalists is Amanda Vincent, known as the savior of seahorses.

Vincent says she has always been fascinated with seahorses.

"I started working on seahorses because only the male gets pregnant. And I was super interested in the evolution of sex differences," she said.

Vincent was also among the first to study them underwater. Her research led to many questions about them.

Vincent wanted to know, "Do they stay put? Do they migrate long distances? Or do we have a stable population?"

"Where you just drop and scrape and rake and pull up without discernment or discretion. And that form of fishing is damaging all sorts of populations of all sorts of species around the world," Vincent said.

Vincent said seahorses are found in 80 different countries and they flourish in a well-protected habitat.

"Now, we need to realize the ocean is us, we are the ocean. Our future is tied to the ocean," she said.

The winner of the 2020 Indianapolis Prize will be announced on May 12.