“It’s right in the middle of my beat assignment and I was not going to let her death be forgotten and the memorial go unattended,” said IMPD Officer Jeff Stagg. 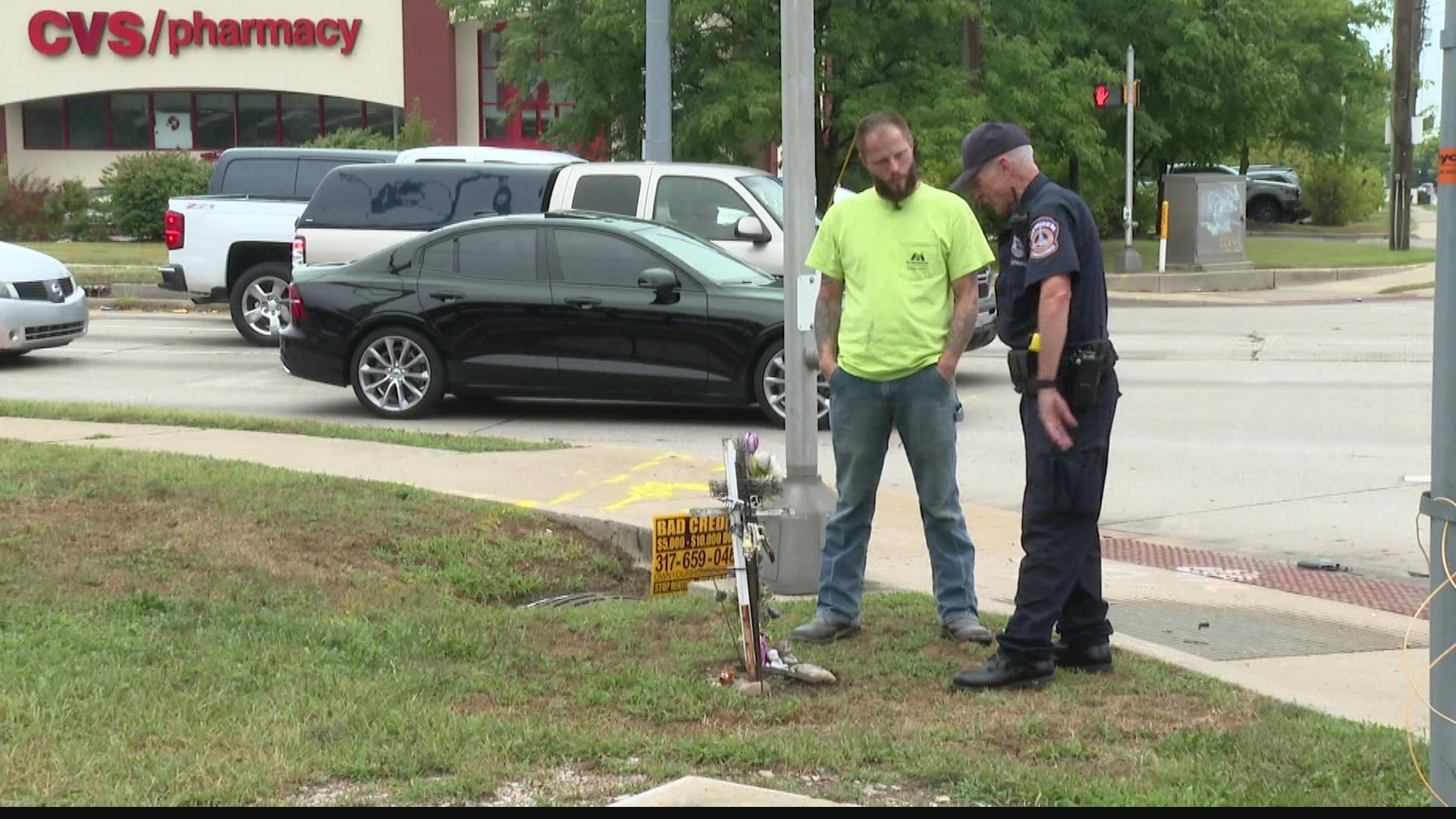 INDIANAPOLIS — It's something IMPD Ofc. Jeff Stagg didn’t think anyone would notice.

"There are pieces of jewelry here and as you've seen I’ve tried to keep the trash picked up because trash just blows around here," Stagg said.

A couple of weeks ago, Kaleb Hall drove by and took a video of Stagg cleaning up a street corner on the city’s southwest side. He later posted the video to TikTok.

"You don't see this a lot. There is a cop over there picking up trash," Hall said in the video.

Hall stopped to thank the officer.

While recording their conversation, he discovered there was a memorial on that corner for a young woman named Shelby.

Stagg explained the woman was killed by a drunk driver at the intersection of Rockville Road and Lynhurst Drive about 20 years ago.

He said he was not on duty the day she died, but later saw two of her friends put up a memorial. Since then, he's kept an eye on it, especially in the last few years.

"It's right in the middle of my beat assignment and I was not going to let her death be forgotten and the memorial go unattended," Stagg said.

After Hall heard the story, he said it inspired him to post the video.

"Originally, I just wanted to thank him for what he was doing. I had no idea he was going to share such an amazing story about why he was doing it and I think that’s really special. That's a side of police officers people need to see," Hall said.

Stagg said he was surprised by the video and found out after colleagues started texting him. He said the recognition and support are always appreciated.

"I really appreciate you taking the time to stop that day. It made my day," he told Hall on Wednesday.

Stagg is also hoping to connect with Shelby's family to add more to her memorial, including a new nameplate.

13News heard from Shelby's mother. She saw the story and the TikTok video and reached out to Stagg to thank him. She also plans to come up from Texas in October to thank him in person.

A scholarship is established in Shelby Smith's name with the Hendricks County Community Foundation.