A single mom and waitress in Brown County got quite the surprise last month: a couple of very nice customers with a very generous tip. 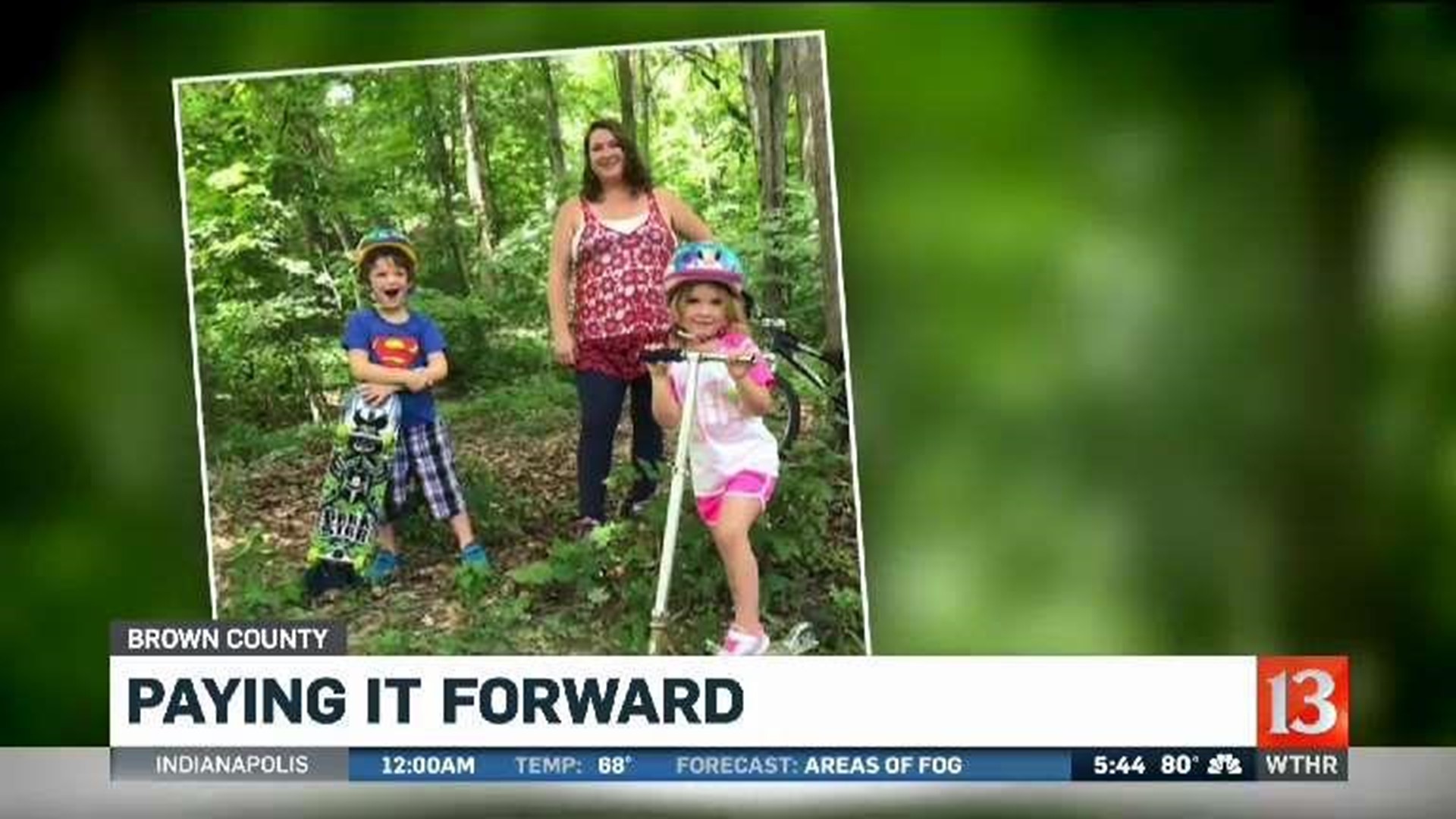 BROWN COUNTY, Ind. (WTHR) – A single mom and waitress in Brown County got quite the surprise last month: a couple of very nice customers with a very generous tip.

But this was money that the waitress just couldn't keep to herself.

It happened on a Saturday night at the restaurant in Hotel Nashville.

"They were my first customers of the night. They were very sweet," said waitress Anna Hofstetter. "They ordered a cocktail each, shared an appetizer, shared the dinner special."

And it was a special dinner for this out-of-town couple.

"They told me they were celebrating their seven year anniversary. They got married right here. I believe it was actually literally right here," Hofstetter said, pointing to the gazebo on the patio of the restaurant.

But that anniversary celebration for the couple came with a gift for their waitress, a single mom working three jobs to support her children.

The couple asked about her family.

"It came up that yeah, I have other jobs. I have 'three jobs, two kids, one mom' kind of thing," Hofstetter said with a laugh.

At the end of the night, they rewarded her work as a mom and a server, with an unexpectedly generous tip.

"Their check came out to $32.40. But it was written very clearly in the tip column, $1,000 on a 32 dollar check and I was blown away," Hofstetter said. "I thought this is a joke. This is a typo. But it was very clearly written in the tip and in the total. The receipt also had a couple of notes 'xoxo' with a heart and then at the bottom it said 'give something to the kids'."

That kind of money could mean a lot, change a lot, for her family.

"My first thought was a big Christmas," Hofstetter said. "Student loans, get a mortgage payment ahead, Christmas, big birthday. But something kept ringing in my mind, the note at the bottom that said give something to the kids."

To Anna, that meant not just her kids, but something bigger.

She decided to donate that thousand dollars to "Kids on Wheels", a student-led fundraiser to build a skate and teen recreational park in Nashville.

"They have been asking for this skate park for years," Hofstetter said. "Literally years."

Clara Stanley is the Board President of BETA, Brown County Enrichment for Teens Association.

If they do, they've qualified for a grant that will match the money.

"Anna called me. I was in tears. I just shared with other people that I couldn't believe it," Stanley said. "Single mom! Working three jobs! But she put her dream out there and said Clara I really want to help you guys!"

Just like it did for those customers with the generous tip.

"It feels great! And I hope that they would feel honored with how I used it," Hofstetter said.

Now she hopes others are inspired to pay it forward and perhaps, help the cause for kids in Nashville.