Only In Indiana: Ridin' With Charlie

He never played a basketball game for IU, but Charlie is the newest star in Bloomington. 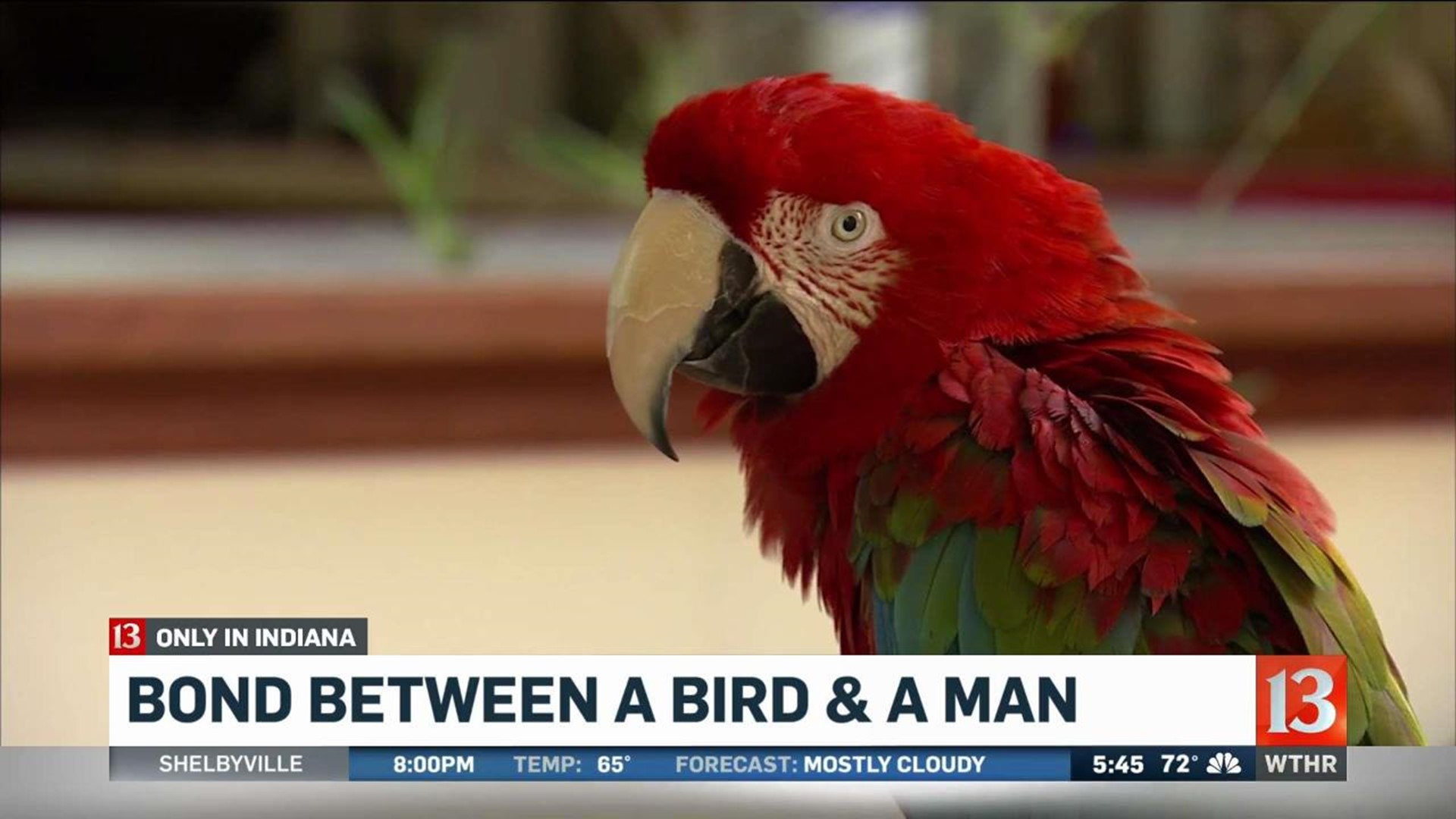 It is said you can't teach an old dog new tricks. But what about a 56-year-old man? That is how old Joseph Porowski was when he had to change his stripes.

The macaw's owner died eight years ago after 23 years together. There were a few foster homes, but nothing stuck until Charlie met "Jo Jo."

"I tell people it's like having a three-year-old child for 100 years," Porowski said.

Now, the two are inseparable. Not because Jo Jo wants it that way, but because Charlie does.

"Probably the longest I can leave him is two hours alone," Porowski said. "So I've adapted...taking him anywhere I can."

That meant Jo Jo had to start looking at things differently.

"That led to putting a perch on the bike, going up and down the alleyway," Porowski said.

"It led to riding at least 1,000 miles or more with him and it just seems natural for him. He has never refused," Porowski said.

He says Charlie loves not only riding on the bike, but also paddle boating.

His adventures have earned him a bit of celebrity around Bloomington.

"He's lived in Bloomington longer than I have. He's a fixture. He is the man," Porowsky said.

He also has an eye for the paparazzi.

"He knows exactly that you are taking pictures of him," Porowski said.

It's a good thing he never gets tired of the attention, because wherever Charlie and JoJo go, a camera is sure to find them.

"He bobs and weaves and dances," Porowski said.

Charlie has a limited vocabulary - "hello," "pretty bird," and, believe it or not, "I love you" - though JoJo says he hasn't heard that a lot lately.

"He has become a celebrity. People call me a celebrity and I say I am the guy who hauls him around, cleans up after him. The attention you get is somewhat celebrity-like," Porowski said.

They have the pictures to prove it, but those are for JoJo. Charlie just wants to scale the mountaintop and bask in the accomplishment.

If you want to get a glimpse of Charlie, he reportedly spends a lot of time at the farmer's market in Bloomington.