Thirty-five new state troopers are out on Indiana highways this week. 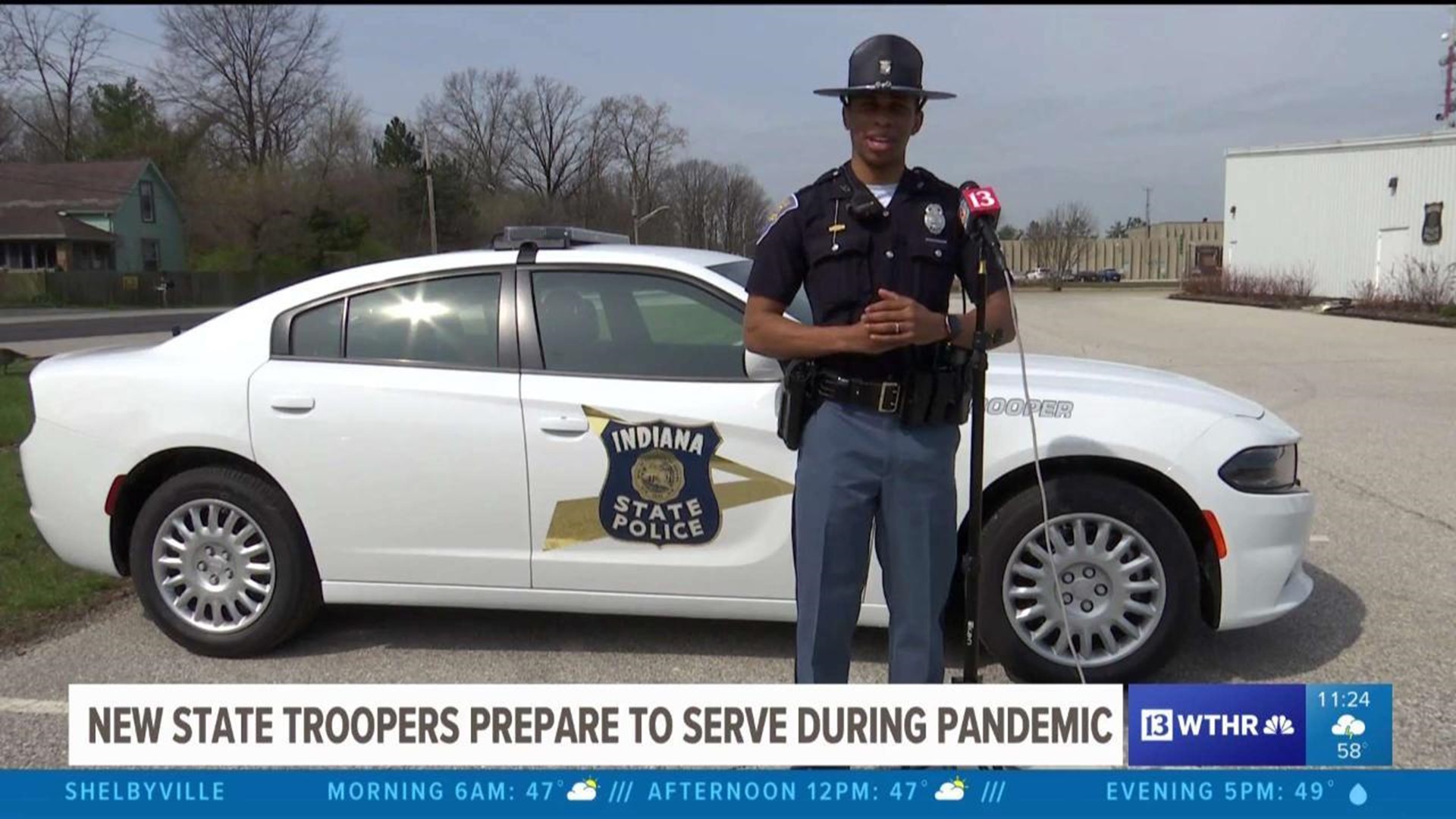 INDIANAPOLIS (WTHR) - Despite the coronavirus pandemic keeping most Hoosiers hunkered down at home, the state of Indiana still needs men and women willing to protect and serve.

Thirty-five new state troopers are out on Indiana highways this week. The graduates of the 79th Indiana State Police recruit class were issued new Dodge Chargers to start their patrols.

The 22-year-old Mueller is from Avon and is engaged to be married. But first she said "I do" to a career as an Indiana state trooper.

Adarius Washington is 27 years old, another new trooper at the Indianapolis post. His wife is a registered nurse. So, both of them are on the COVID-19 front lines.

"It is obviously a weird time to be in,” said Washington. “We want to stay six feet apart and do what we can while still doing our job."

"This uniform has a lot of history behind it,” said Washington, in full uniform and standing next to his police car. “There have been 44 troopers who paid the ultimate sacrifice wearing this uniform. So, it means a lot for me to be able to put it on every day. I shine my brass every day, do everything I need to do."

Washington graduated from Warren Central High School on the east side of Indianapolis. Now he's patrolling the neighborhood and his state police post is only about a mile away from his high school.