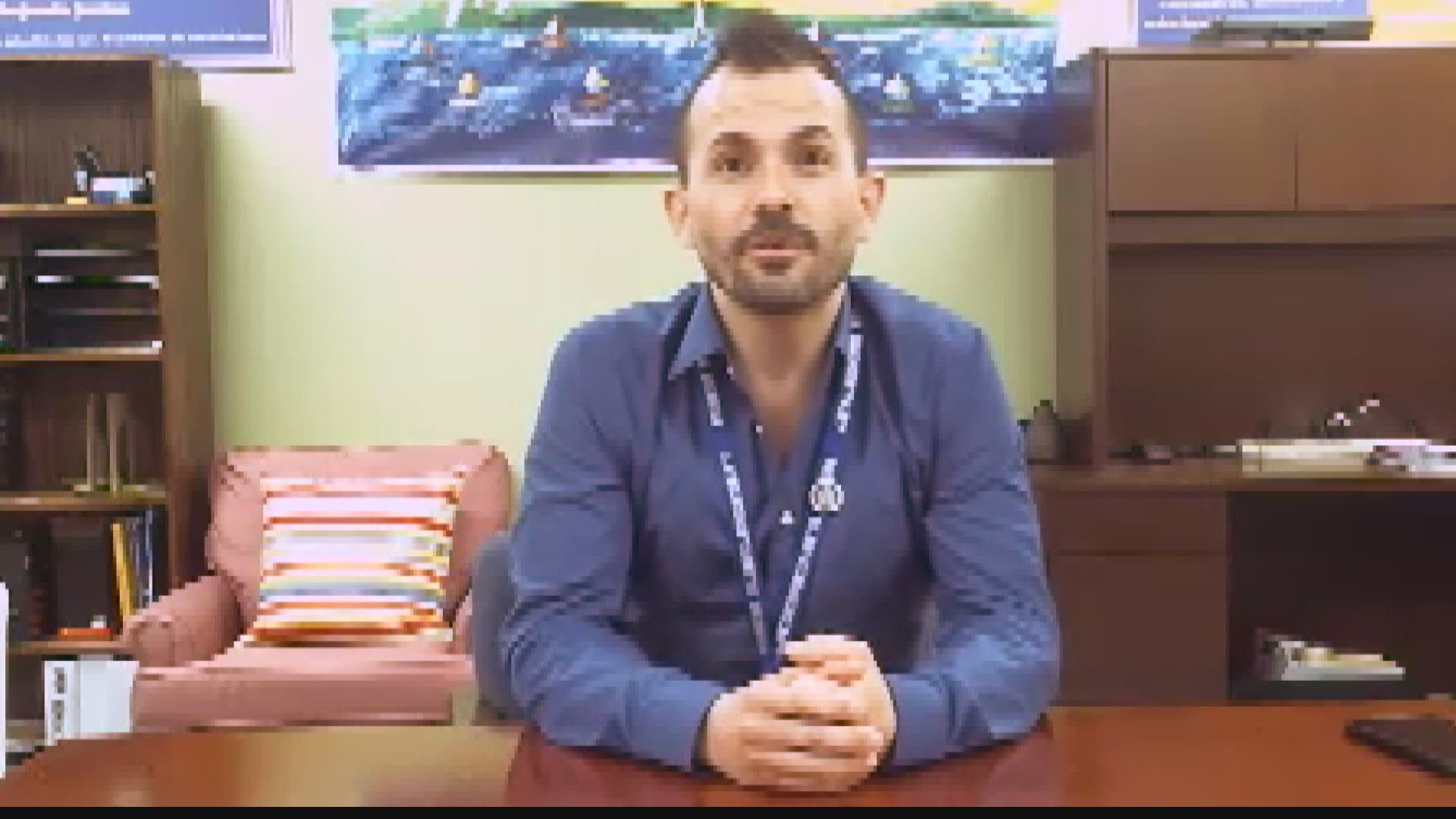 INDIANAPOLIS — Ellen DeGeneres has recognized a second grade teacher in Indianapolis for his hard work and positivity while working three jobs.

After discovering one of his students was reading a book about gorillas, Cubero Soto tweeted two photos and tagged DeGeneres since she is passionate about helping out the endangered species through her wildlife fund.

Cubero Soto asked the student if he knew who DeGeneres was, to which he replied "no." However, another student replied, "How come you don't know Ellen? She's like Jesus!"

DeGeneres responded to his tweet and said, "Show your students this tweet and let them know that Ellen is a personal friend."

Cubero Soto was under the impression that he was about to do Zoom call with someone from The Ellen Fund, but DeGeneres surprised Cubero Soto by chatting with him instead on her weekday talk show.

"Since we're personal friends, I thought I should Zoom with you today," DeGeneres told a surprised Cubero Soto in the video.

Cubero Soto told DeGeneres he has been a teacher for nine years, with the last two years being in Indiana.

"I've always believed that being a teacher is a calling. It's not something that you decide," Cubero Soto told DeGeneres. "I cannot think about anything else that I could be doing right now. Teaching is the one thing I know to do the best."

In an interview with 13News Cubero Soto said "working as a teacher is very challenging because your shaping minds" and future generations. He said that he sees himself in every one of his students, and tries to instill in them that anything is possible and that life has its natural ups and downs but to never give up when in that temporary slump.

Cubero Soto got emotional when DeGeneres asked him about moving from Puerto Rico to Indiana, leaving his family behind.

"Coming here has been the most difficult decision I have made in my whole life, but I actually did it because my mom means the world to me, so sometimes you have to make hard decisions, and I did it for them," Cubero Soto told DeGeneres.

DeGeneres provided a little background on Cubero Soto, who spent his own money on plexiglass to create dividers in his classroom, while also decorating cakes and driving for Uber to make ends meet.

Cubero Soto told 13News that he was raised in a Christian family and was taught at a very young age that, "you have to first give to others." He wants to teach his students that they can achieve by working hard the right way.

Cubero Soto said he puts the talk show host's Netflix standup special, titled "Ellen DeGeneres: Relatable," on while driving Uber because "it's a great way to change the mood of the clients, the passengers, and it's a great way to collect some tips because they leave very happy."

To support The Ellen Fund, Cubero Soto's students made a box to put in the hallway to ask people to donate to help save gorillas.

This has been THE MOST AMAZING DAY of my entire life 😭😭😭😭😭😭♥️♥️♥️
I can’t thank you enough for changing my life and my student’s life as well. Keep believing people! Kindness is worth it ⭐️✨ https://t.co/C9m1XmbCHy

As a way of saying thanks, DeGeneres said all of Cubero Soto's students will become ambassadors for The Ellen Fund, along with free T-shirts.

To help out with his unique Uber experiences, DeGeneres is sending Cubero Soto an iPad to stick on the windshield for customers to better see her standup special.

Going even further, DeGeneres announced Shutterfly is giving Forest Glen Elementary School $10,000 to help with technology needs, as well as $10,000 for Cubero Soto.

He said he hopes his students will be inspired by this moment to know that their dreams can come true, and he shared with them the importance of being humble. He was realistic with them that the high of this moment won't be forever, but they can use it to fuel them through the difficulties that will inevitably follow in life.