South Bend police officer Ron Glon offered to help Jaeylnn Wilson and his brother at their lemonade stand Sunday afternoon — as well as match whatever they make. 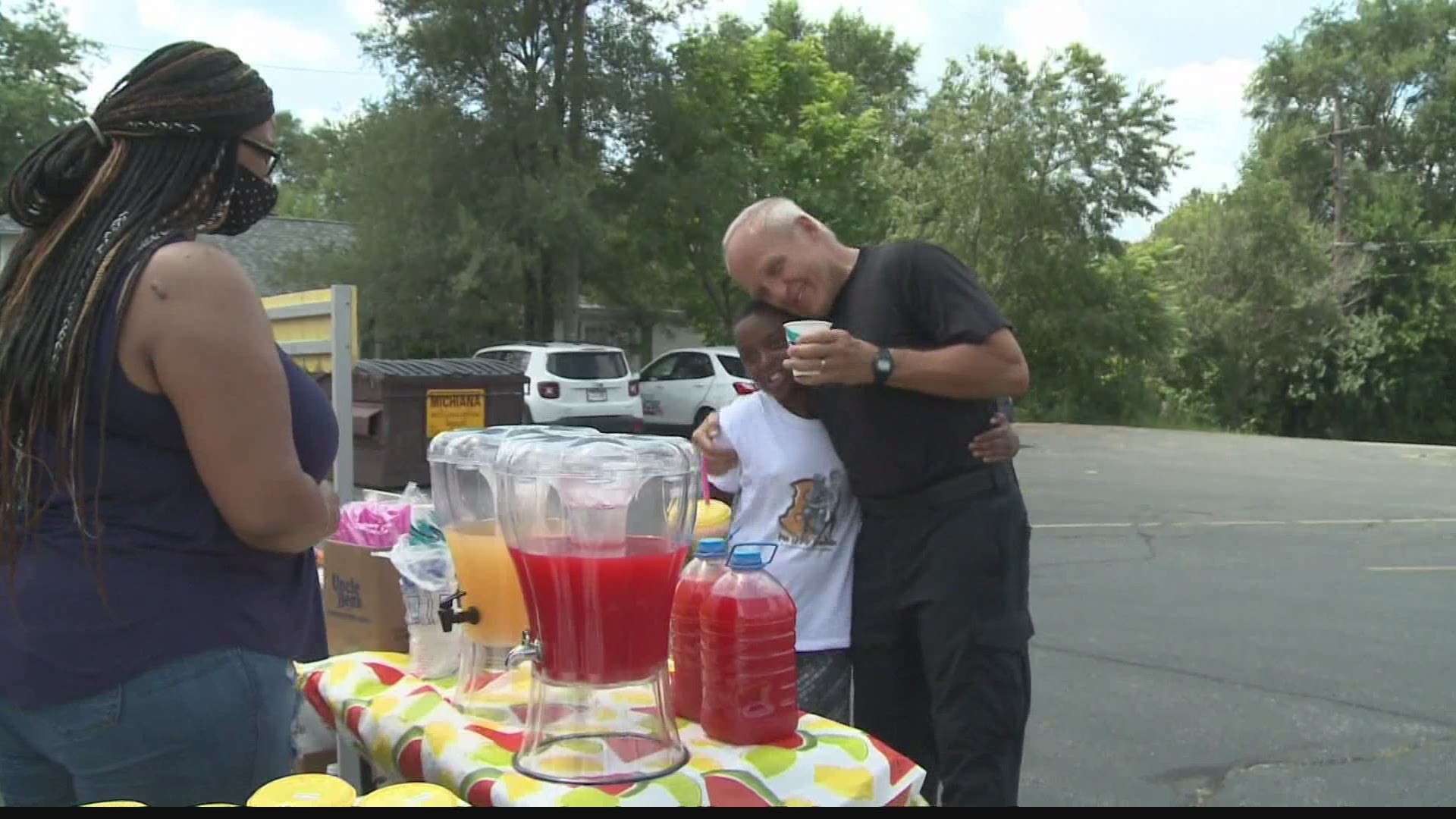 NBC affiliate WNDU reports 12-year-old Jaeylnn Wilson and his 4-year-old brother offer lemonade, punch and popcorn at their lemonade stand every few weeks in their neighborhood.

"Me and Jaeylnn are going to be waiting on people, collecting money, serving drinks and I'm going to match 100 percent of whatever we take in," Glon said.

Jaelynn said he was speechless at the officer's actions.

"It almost came to my heart, and I thought of him like a family member because it really meant a lot for a police officer to help somebody who they don't even know," Jaelynn said. "They are just out here doing what the want to do, and he came to support."

Glon said it's important for young kids like Jaeylnn to see support from officers and to reassure them that not all cops are bad ones.

"His mother is concerned about him not knowing whether or not to trust police officers or not," Glon said. "My job is to tell him that he has nothing to worry about. Don't be fearful. Don't be afraid of us."