Indiana teachers have a long way to go to catch up. 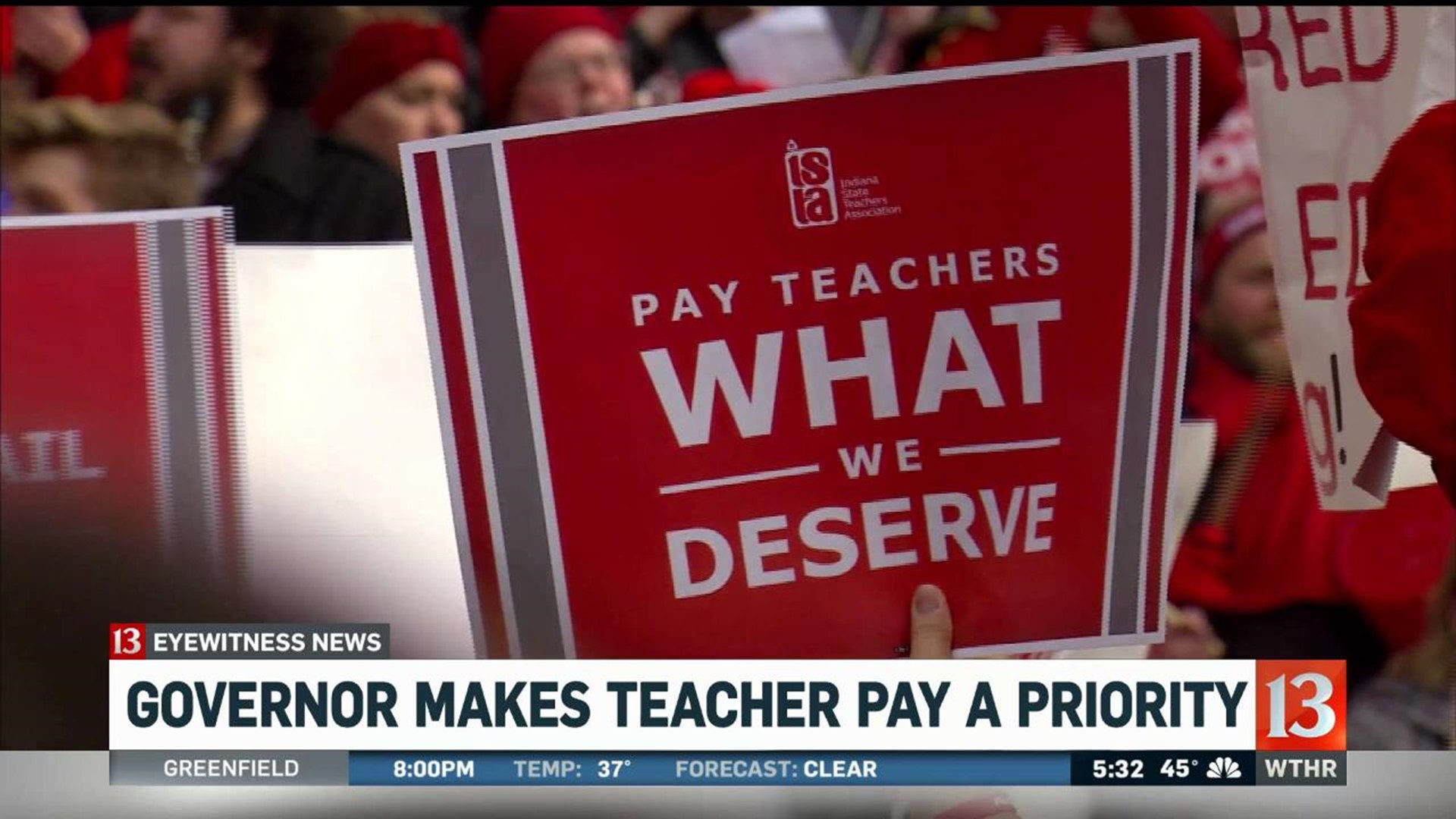 INDIANAPOLIS (WTHR) — In the high stakes debate over teachers’ salaries, and their demand for more money, it appears as if Indiana Governor Eric Holcomb tipped his hand Wednesday.

Two weeks after 20 thousand teachers and supporters marched on the statehouse demanding pay checks comparable to those of surrounding states, Governor Holcomb told a group of reporters he supports that.

"I want us to be in the top three in our neighborhood in the Midwest. It's dollars and cents. I want to adequately and fairly compensate our teachers, but I also want to steal some teachers from other states," Gov. Holcomb said.

"Well we're thrilled that the governor has recognized where we need to be," said Jennifer Smith-Margraf, vice president of the Indiana State Teacher's Association. "The question we have is how quickly is this going to happen?"

Indiana teachers have a long way to go to catch up.

All of Indiana's neighboring states pay teachers more money. Moving the state from last to third would increase the average Indiana teachers' pay about $7,500 a year.

The governor and some lawmakers want to put off discussing pay increases until they write a new state budget in 2021.

They expect lawmakers to spend some of the current budget surplus on them.

Teachers will be watching next week when Governor Holcomb announces his priorities and proposals for the upcoming legislative session.