Kernan passed away after a prolonged illness. 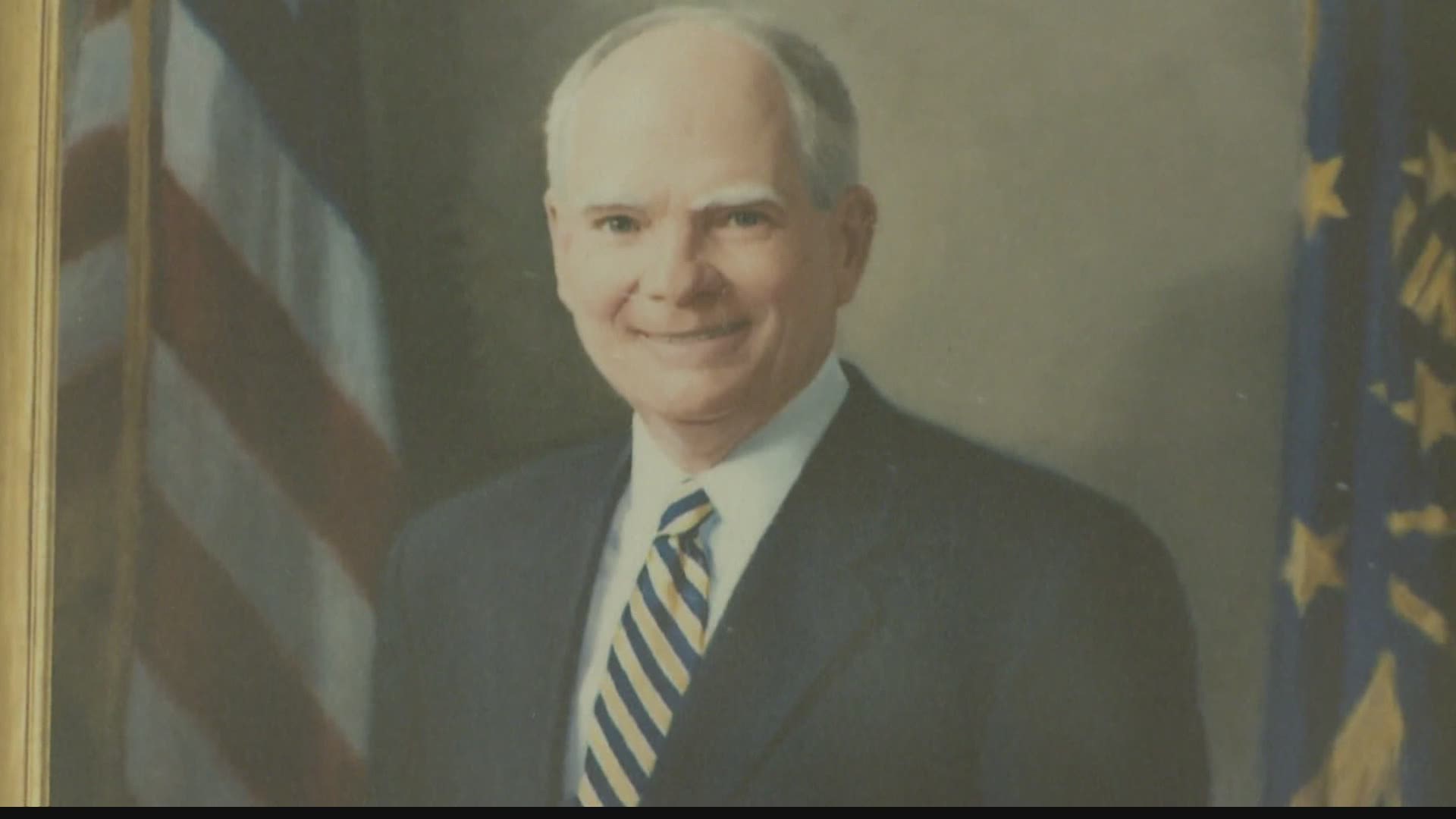 Kernan passed away around 5:30 a.m. after a prolonged illness.

Kernan served as a United States Navy Lieutenant. He and his co-pilot were shot down while on a reconnaissance mission over North Vietnam in 1972.

In 1987, Kernan was elected to his first of three consecutive terms as mayor of the City of South Bend.

In 1996, Frank O'Bannon chose Kernan as his running mate for Lt. Governor of Indiana. He held that role for eight years.

When Governor Frank O'Bannon died of a stroke in 2003, Kernan was sworn in as the state's 48th governor.

Kernan retired from politics in 2005 and moved back to his hometown of South Bend.

He worked as an adjunct professor at the University of Notre Dame, his alma mater, and at his own consulting firm up until his death Wednesday morning.

"Indiana mourns the loss of Joe Kernan, a bona fide American hero, decorated Navy officer, and truly selfless statesman who always placed the interests of his fellow Hoosiers first," said Indiana Governor Eric Holcomb in a press release. "Distinguished isn’t a strong enough word to describe him. Without regard for personal cost, Joe Kernan devoted every ounce of his life, time and again, to upholding the oath he took, and serving the country and state he loved."

Holcomb directed flags to be flown at half-staff until sunset on Wednesday, Aug. 5 to commemorate Kernan's passing.

Purdue President and former Indiana Gov. Mitch Daniels released a statement saying Kernan was always a friend to him.

"Joe Kernan was at different times my ally, opponent, and advisor, but always a friend to me, and as far as I could tell to everyone he met. In wartime and in peace, he embodied patriotism and the goodwill toward all we associate with the term 'Hoosier,'" Daniels said. "He was a true leader, and we have lost him far too soon. Those among us so ready to bear malice against those with whom they differ and either so ignorant or so ungrateful that they disdain those whose sacrifices gave them the freedom to express their views should pause and consider the life and character of Joe Kernan."

"Karen and I were deeply saddened to learn of the passing of Governor Joe Kernan and we send our heartfelt condolences to his family and all those who knew and admired this truly great Hoosier. After graduating from Notre Dame, he put on the uniform of the United States as a Navy pilot and served our country in Vietnam. He was shot down and spent nearly a year as a prisoner of war. When he returned home, Joe began a successful business career and would lead South Bend with distinction in three terms as Mayor. As Lieutenant Governor and then Governor of Indiana, Joe Kernan was a steady hand of leadership at a difficult time for our state. Even though our politics differed, Joe Kernan was always kind, always willing to work together for Hoosiers, and Joe Kernan was my friend. Karen and I send our deepest sympathies to Maggie and the entire Kernan family as they mourn the passing of this good man and dedicated public servant. Indiana and America will never forget or fail to honor the life of service of Governor Joe Kernan."

Kernan is survived by his wife, Maggie, and seven siblings.

RELATED: Kernan sworn in as governor