Annie Hicks won a court battle to become Hammond's first black teacher in the fall of 1960 at Maywood Elementary School. 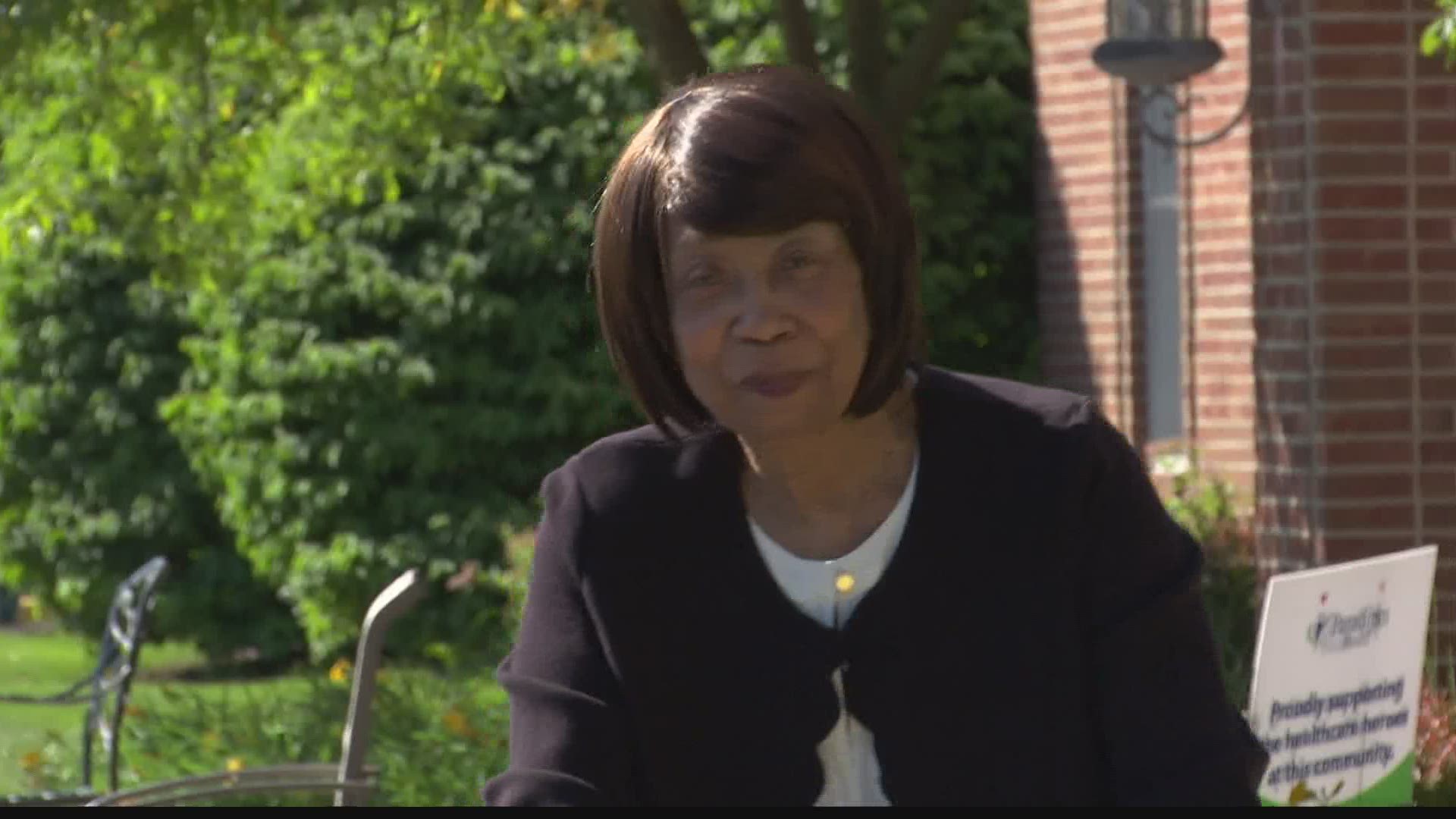 INDIANAPOLIS — As COVID-19 precautions are slowly lifted, many senior communities are letting visitors meet outside with loved ones this week.

Annie is the oldest of 13 siblings. Her father moved the family to Hammond, Indiana, from Mississippi after he witnessed two black boys lynched.

"He said, 'Now I've brought you up north for a better life, and the only thing I ask from you is for you to try and make this world a better place.' I have never forgotten that. I remember it every day. I tried to do that,” said Annie.

Annie graduated from Ball State Teachers College (now University) and wanted to come back home to teach. The superintendent of Hammond schools said no.

"Because Hammond was not ready for a colored teacher,” Annie was told.

But her father's words to her were stronger than the racism she faced.

"This wall has to come down and you must do it,” Annie’s father told her.

Annie won a court battle to become Hammond's first black teacher in the fall of 1960 at Maywood Elementary School. She taught primarily first grade for over 40 years. She said she never sent any students to the office, but would separate them from the rest of the class until they were ready to behave and cooperate. She produced black history teaching aids and tried to address racism with education.

Residents at senior communities have been largely restricted to their rooms during the pandemic, which gives Annie plenty of time to watch television news. She sees the young people protesting for racial justice in cities across the United States. Most of the protesters are about the same age Annie was when she was trying to become a teacher.

“Yes, I can relate to them and I appreciate some of them,” said Annie, “the ones who do a quiet job of it. But if they are destroying property, no. Some people just get in there to be with the group and they don't mean to help it at all.”

Hammond native Roland G. Parrish has produced a documentary called “This Wall Must Come Down” about the change she started in their hometown.

“I just did something that I felt was very important and that I wanted to do the best that I could," said Annie.

The documentary was set to premiere in April in Hammond. But the pandemic pushed that back to as late as next year, when more of the community can hopefully gather in a large facility to watch the film.