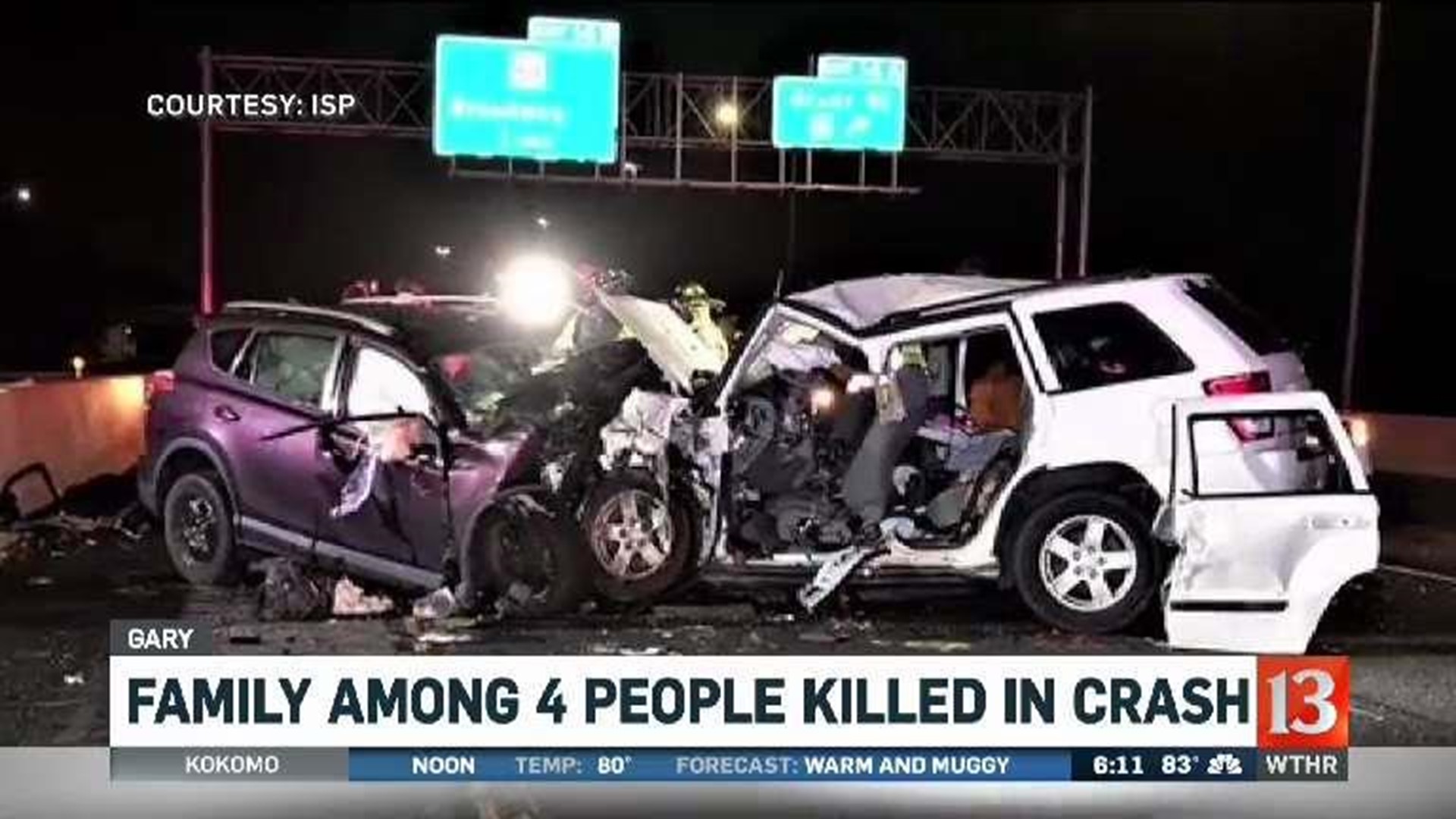 Around 1:41 a.m., Indiana State Police were dispatched to reports of a wrong way driver going west bound in the east bound lanes of traffic from the 21 mile marker on the Indiana Toll Road (I-80/90).

It was also reported that the vehicle was allegedly driving with no head lights on.

Shortly after, there was report of a head crash that was located just before the Grant Street exit on the toll road.

A 2017 Toyota SUV had crashed head on into a 2007 Jeep SUV that was traveling in the left lane.

The driver of the Toyota, 25-year-old Tiara Davis, died at the scene. The investigation is still pending but alcohol may have been a factor in this crash.

The driver of the Jeep, 45-year-old Octavio Chavez-Renovato, also died at the scene.

ISP Trooper Hamed and Good Samaritans tried life saving measures on the Jeep’s front seat passenger and one of the minor children. They also died at the scene.

Three other minor children in the Jeep were seriously injured and taken to North Lake Methodist Hospital. All were later air-lifted to hospitals in Illinois.

All east bound traffic was closed for a short time when the outside shoulder was opened for traffic.