More than 1 million customers in Louisiana and Mississippi — including all of New Orleans — were left without power after Hurricane Ida swept through the Gulf Coast.

NEW ORLEANS — Members of Indiana Task Force 1 were ordered to move toward New Orleans to help with search and rescue efforts after one of the most powerful hurricanes ever to hit the U.S. mainland pushed through on Sunday and early Monday before weakening into a tropical storm.

Forty-five members of Task Force 1 were deployed to Louisiana on Friday, Aug. 27, to act as an urban search and rescue team. When they arrived, they helped local civilians and braced for impact.

Hurricane Ida made landfall Sunday as a Category 4 storm with winds of up to 150 mph. 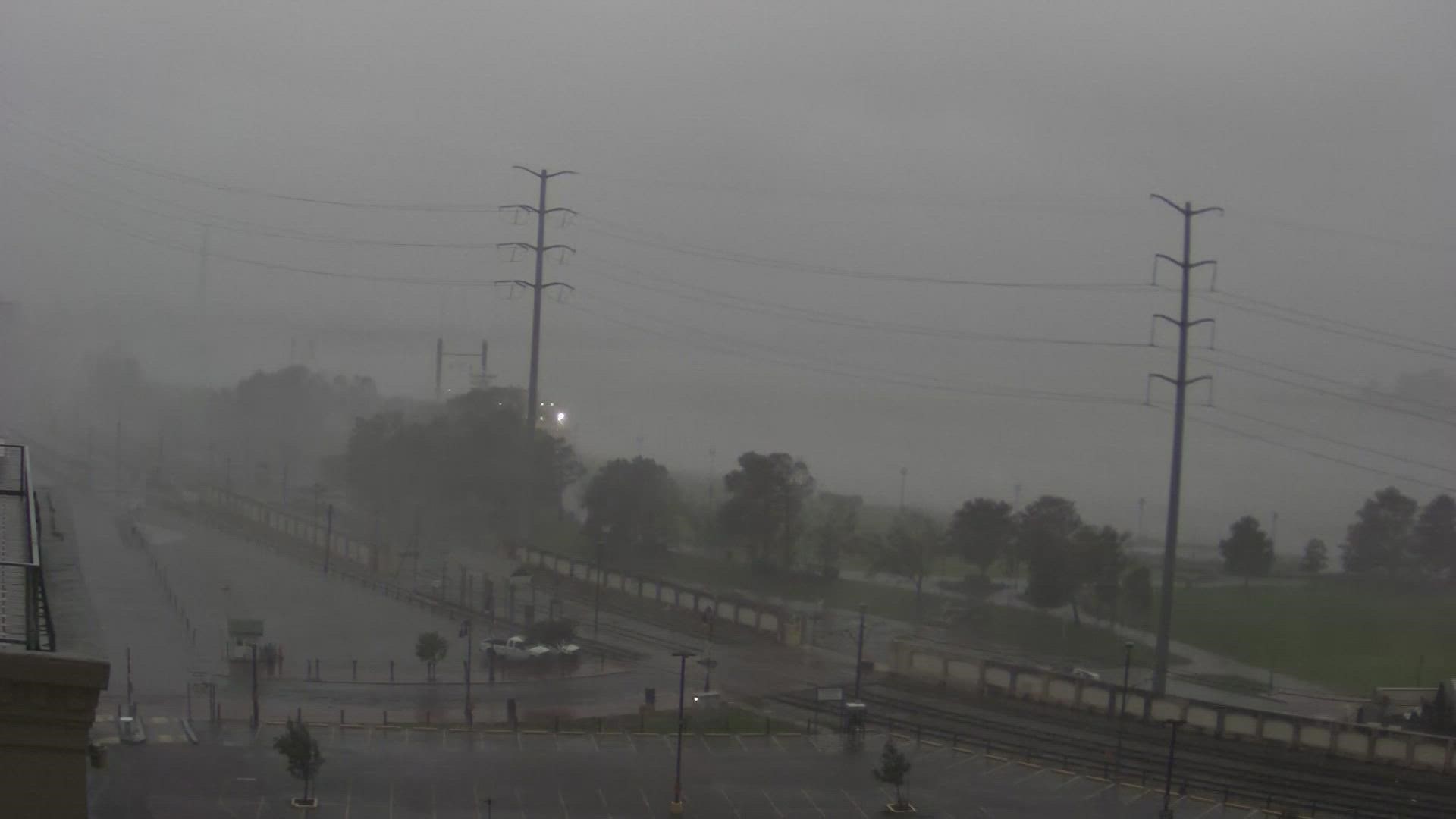 The hurricane swept through the Gulf Coast, breaking nearly two dozen barges loose from their mooring and leaving them to drift on the Mississippi River.

Hurricane-force winds, storm surge and heavy rain ripped off roofs, including a local hospital's, pulled down trees and power lines, and caused "catastrophic" flooding, according to FEMA.

#Ida caused catastrophic flooding in different communities. If your area is being affected:

⚠️NEVER walk or drive through floodwaters.

More information on the video below 👇 pic.twitter.com/NfmeSHiv3T

More than a million customers in Louisiana and Mississippi — including all of New Orleans — were left without power Sunday night.

The aftermath of Ida: A look at Louisiana, Gulf Coast after the storm

1 / 25
AP
Downtown business owner Pat Ring looks at some of the damage to businesses along Main Street in the aftermath of Hurricane Ida, Monday, Aug. 30, 2021, in Houma, La. (AP Photo/David J. Phillip)

By Monday morning, IN-TF1 had been called to help.

The team received orders to move toward New Orleans. Due to widespread power outages and infrastructure damage, communication was intermittent on Monday morning. But, IN-TF1 said the team is healthy and ready to carry out any mission it receives.

On Monday, IN-TF1 was assigned the far southeastern portion of Louisiana alongside the Missouri, Colorado and Ohio task forces and federal force protection.

Now that the storm surge has begun to recede, IN-TF1 is looking to conduct secondary searches and assist those that are in need Tuesday via boat or by vehicle.

On Wednesday, IN-TF1 will finish secondary searches in Jefferson Parish and will continue their mission until local officials are satisfied.

The team has received orders this morning to move toward New Orleans. Communication is intermittent due to infrastructure damage but the team is healthy and ready to carry out any mission received. @fema @FEMARegion6 @LAFIREMARSHAL #HurricaneIda pic.twitter.com/6FJyWu28Zg

Credit: Indiana Task Force 1
Twenty of the IN-TF1 members deployed to Louisiana are from the Indianapolis Fire Department and one is a Metro police officer.

Indiana Task Force 1 was most recently deployed to Florida to help with the Surfside condo collapse search, rescue and recovery efforts.

1 / 7
AP Photo/Lynne Sladky
Rescue crews work at the site of the collapsed Champlain Towers South condo building after the remaining structure was demolished Sunday, in Surfside, Fla., Monday, July 5, 2021. Many people are unaccounted for in the rubble of the building which partially collapsed June 24.