More than 80 members of Indiana’s Task Force 1 are among them, including five K9 helpers. 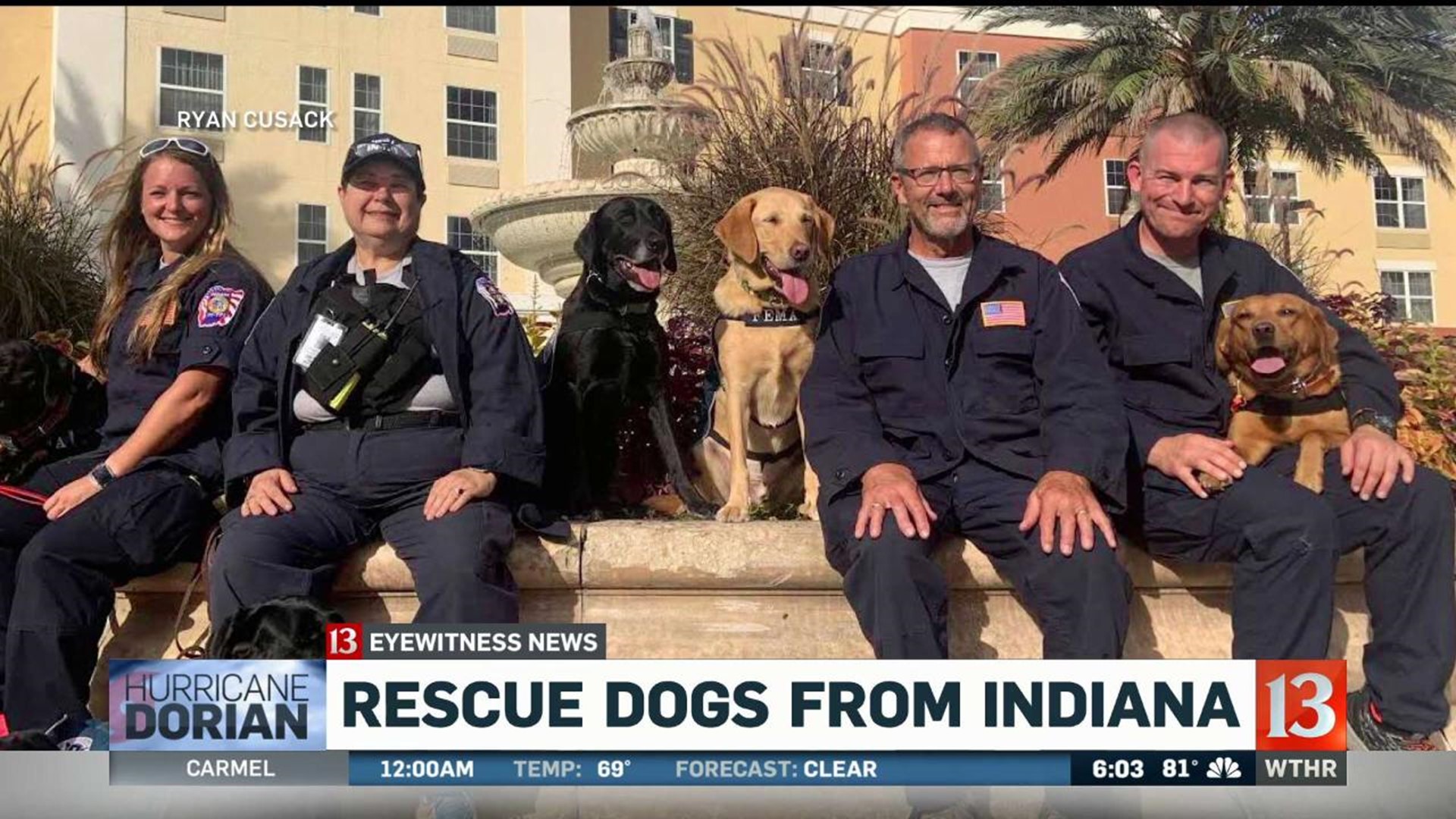 INDIANAPOLIS (WTHR) — As Hurricane Dorian churns closer to the U.S. coastline, volunteers and emergency crews stationed along the Atlantic coast are hoping for the best but preparing for the worst.

More than 80 members of Indiana’s Task Force 1 are among them, including five K9 helpers.

“Jake is a Labrador retriever,” explained his handler, Ryan Cusack of the Crown Point Fire Dept. “(He’s) seven years old and he’s been doing this for about five and half years.”

This is Jake’s third hurricane deployment as a search and rescue dog.

“So my dog looks for survivors that might be trapped in the rubble and unable to call out for help” Cusack said.

The training is extensive.

In the business of saving lives, every second is critical. That’s why they aren’t wasting time to make sure Jake and the others are prepared for the Florida climate.

“In Indiana, it’s plenty hot and humid but it’s a whole different level here in Florida. So we get the dogs out ... constantly so that way they’re acclimated to the climate.”

“Obviously we never want anyone to need our help or to be suffering, but we train hard just in case they ever do,” Cusack said.