Indiana police officer killed in shootout honored as a hero 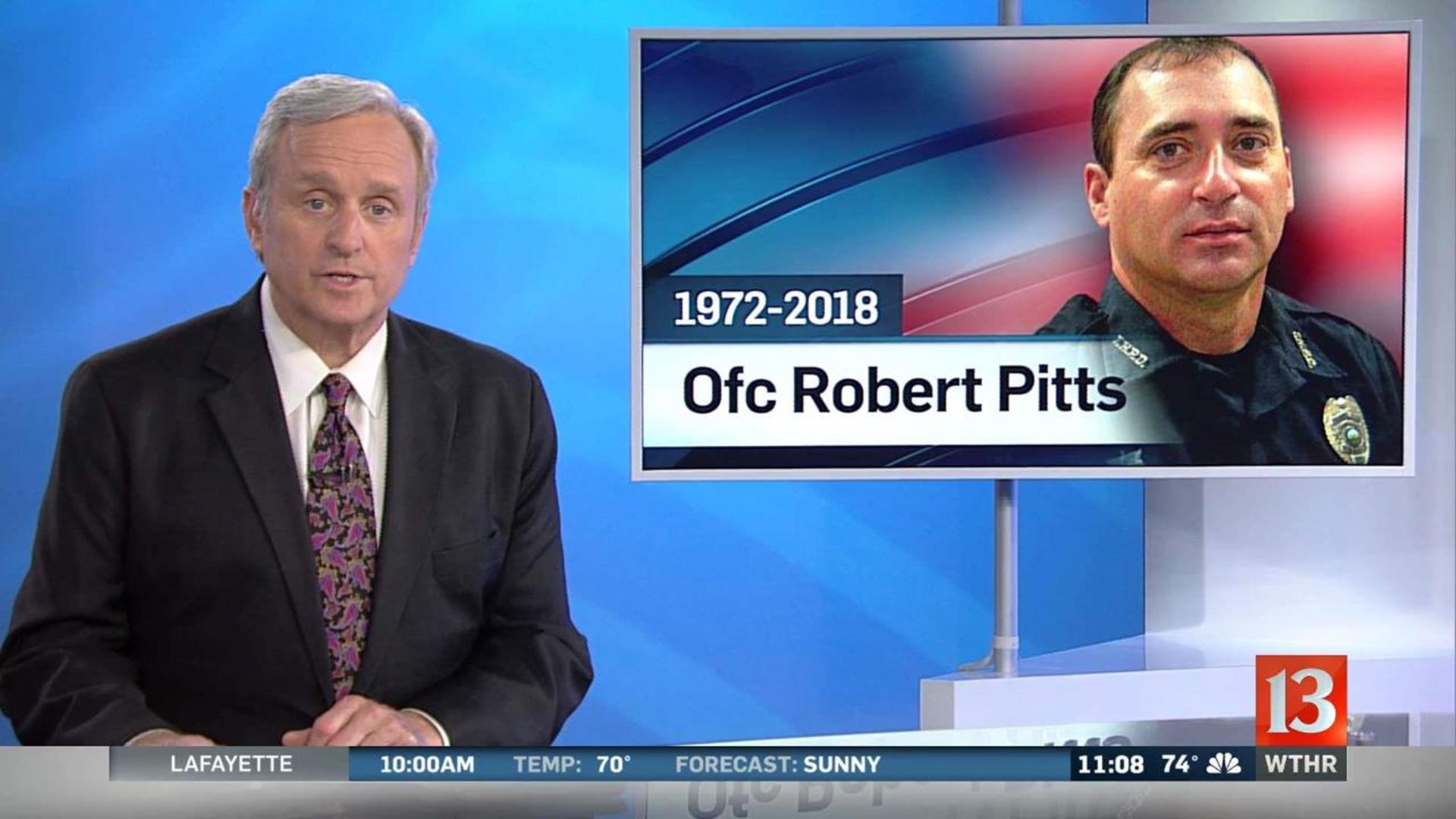 TERRE HAUTE, Ind. (AP) — A western Indiana police officer who was killed during a shootout with a homicide suspect was honored Wednesday as a hero who didn't flee from danger.

Hundreds of officers from around the country joined other mourners inside Indiana State University's basketball arena at the funeral for Terre Haute Officer Robert Pitts. Officials said Pitts, 45, was fatally wounded Friday when he and other officers approached suspect Christopher A. Wolfe, 21, who died of a gunshot wound after barricading himself inside an apartment.

Colleagues and friends told stories about Pitts as a modest, hard-working officer whose mother wasn't aware of the many department honors he had received, and as a conscientious father to his daughter and two sons.

U.S. Sen. Joe Donnelly told the mourners Pitts' death was "a gaping wound. This is a blow to the heart."

"This is one of our sons who gave us everything he had," Donnelly said. "When called, he didn't step aside, he said take me. Let me step up and let me do the job."

Pitts was a 16-year member of the Terre Haute Police Department following six years with the police force in the nearby city of Sullivan, where he lived and was being buried.

Pitts was among several officers who arrived at an apartment building Friday night where police had spotted Wolfe, who was suspected of fatally shooting 26-year-old Robert Olson at a Terre Haute home, according to authorities.

Wolfe was armed with a handgun and fired at the officers, striking Pitts, court documents said. Wolfe also died of a gunshot wound, but officials haven't yet released details about how he was shot.

Pitts' death happened two months after the fatal shooting of Boone County Sheriff's Deputy Jacob Pickett as he chased a fleeing man in the central Indiana city of Lebanon. Prosecutors are seeking the death penalty against Anthony Baumgardt, 21, of Lebanon for the March 2 shooting.

Terre Haute Police Chief John Plasse said during Pitts' funeral that 27 law enforcement officers have been killed by gunfire this year. Plasse said Terre Haute officers were fortunate to live in a community with great support for police, but some people still want to harm officers.

"We can't even enjoy a meal or fuel our vehicles without wondering if someone is targeting us because of the uniform we wear and what we represent," he said.