Unlike many other states, breastfeeding does not exempt Hoosiers from jury duty. This is something an Indiana lawmaker is hoping to change. 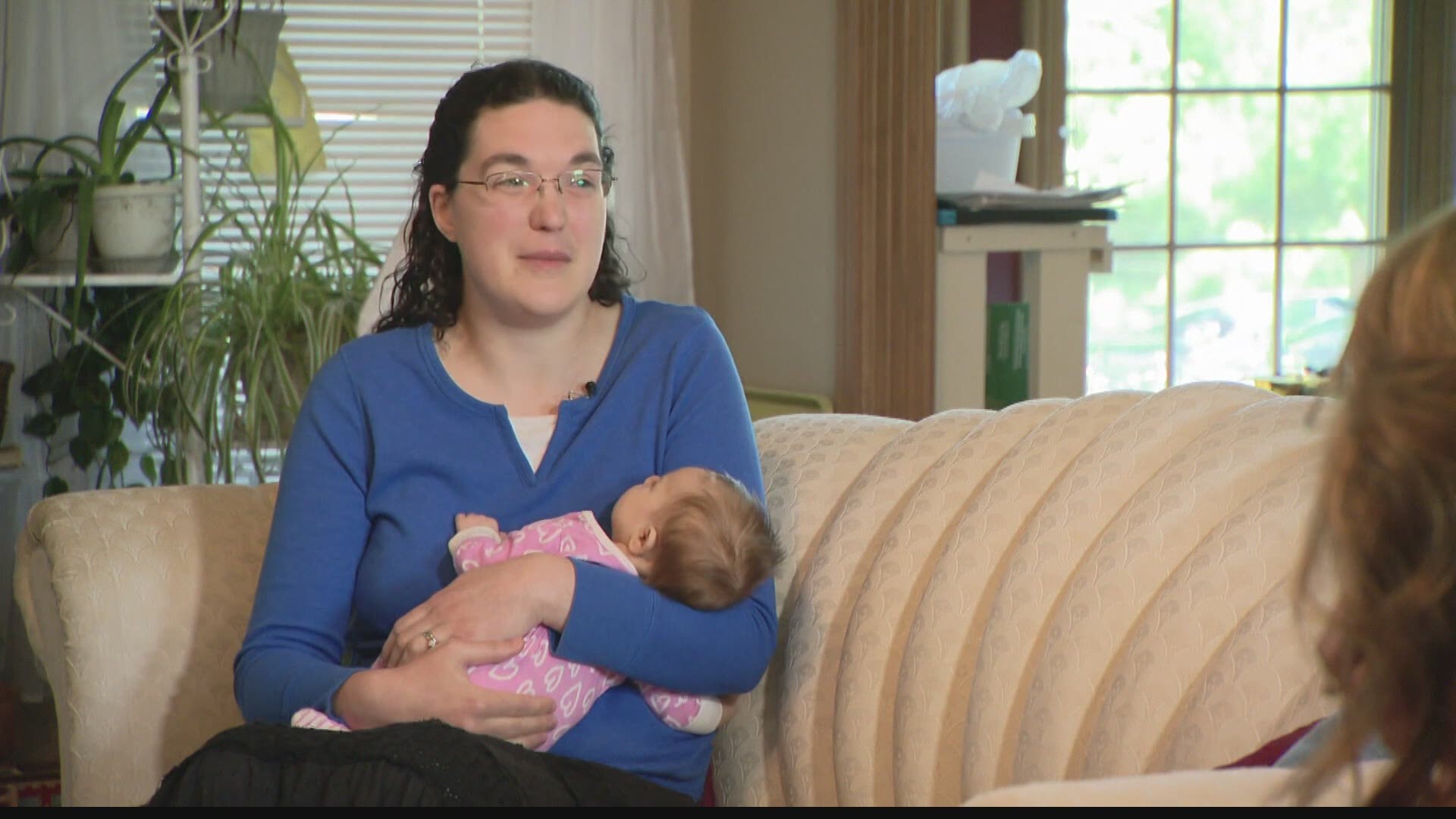 INDIANAPOLIS — A state lawmaker is taking action after seeing WTHR's Monday story about a mom in McCordsville who was summoned for jury duty after giving birth.

Anna Friedman is nursing her 1-month-old daughter. But after receiving her summons and explaining to the court she was breastfeeding, the judge said she'd still have to come to the Hancock County Circuit Court to serve.

In Indiana, unlike in 20 other states, breastfeeding does not exempt moms from jury duty. Friedman was only excused after she told the judge she'd serve but would have to breastfeed her baby in the jury box.

State Rep. Ann Vermilion (R-Marion) saw our story Monday and now wants to sponsor a bill at the Statehouse. She said as a mom, the story resonated with her.

"It brought me back to when I nursed my three kids years ago," Vermilion said. "It's a difficult time, and to be put into that predicament between 'how do I physically do my civil duty but I also need my baby with me, near me, the entire time?' so I was just appreciative of her fortitude to say, you know, I'm willing to do my civic duty but I have to have my baby near me, it was just a story that resonated with me."

Indiana's breastfeeding rates are below the national average, despite the tremendous health benefits of nursing for babies and mothers.

Vermilion says she now plans to meet with her legislative legal team, take a look at the statutes in other states and develop a plan for a potential law change in Indiana to better support breastfeeding moms.

"I think if we want to be an Indiana that is supportive of young moms and moms that are nursing, we need to be sure that our Indiana code matches those incentives because there's nothing better than nursing your newborn baby," Vermilion said. "So yeah, I'm very interested to research this and take it and run and we'll see what happens next session."