Couple hits it off with blind date photo shoot

Karmon Waite and Daniel Allen found out four days before the shoot they had been picked to meet. Their photos have been shared more than 50,000 times on Facebook. 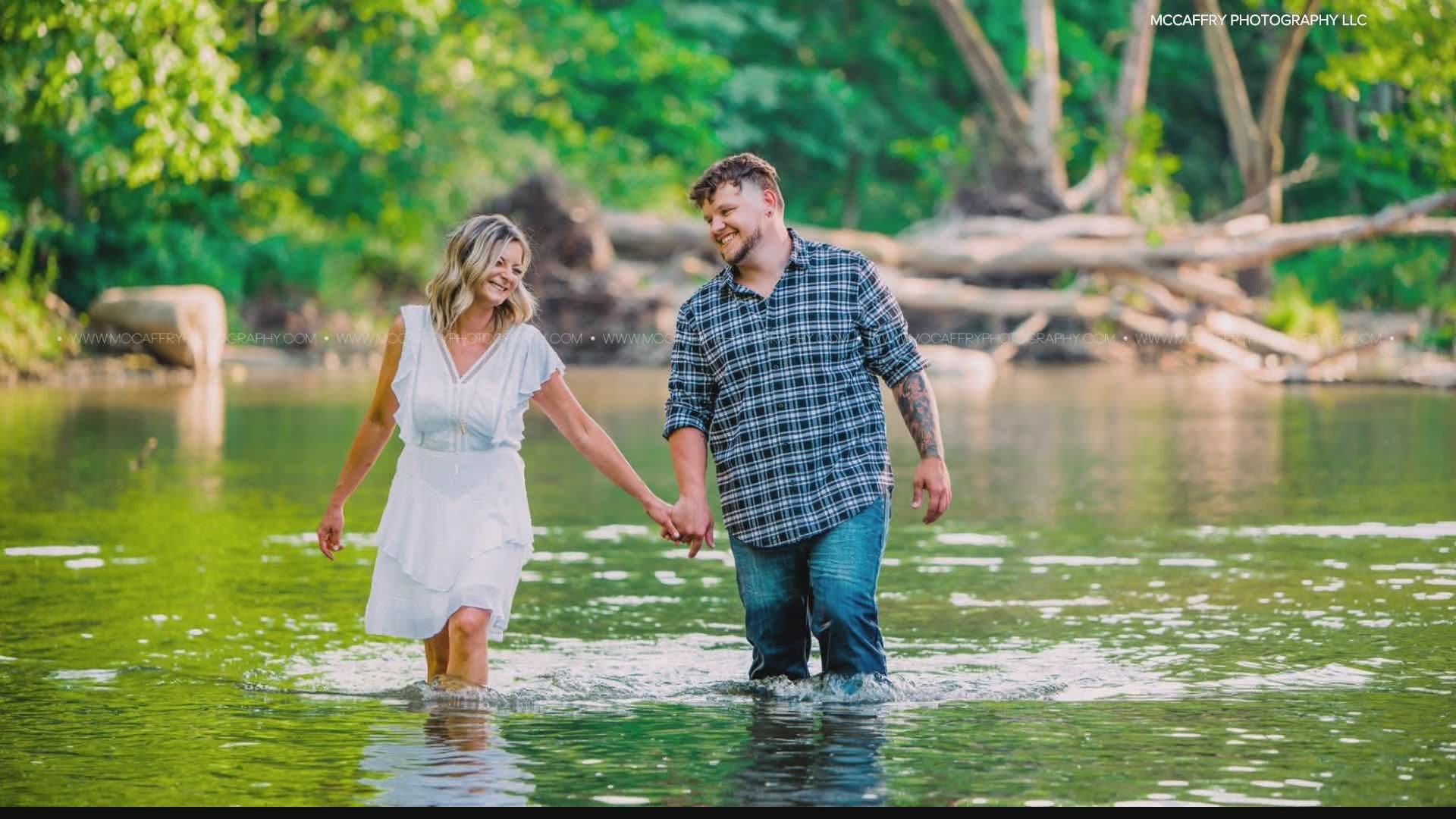 INDIANAPOLIS — Two people who never met and knew nothing about each other took an amazing leap of faith.

They were paired up for a blind date with every moment caught on camera.

"Those are the first professional pictures I had taken in my life," said Allen.

One photo that stands out?

"Mine was him lifting me up on the bike," said Waite.

This wasn't just any photo shoot. This was a blind date capturing every moment from beginning to end.

"They found out four days before we shot that we picked them," said Lindsey McCaffry, photographer and owner of McCaffry Photography LLC based out of Lafayette and Crawfordsville.

McCaffry put out a model call in April for single males and females to be set up on a blind date.

"I just wanted to tell a story," said McCaffry.

McCaffry said she heard about another photographer who did something similar a few years ago.

"Everybody is so invested in social media and screens and I thought, go back to the old face-to-face meeting," said McCaffry.

McCaffry said the quarantine gave her an opportunity, and the time, to make it happen. She said she received lots of applications from women, but not so many from men.

She said she and her staff did extensive research on those who submitted applications. Finally, she chose her first couple.

"I thought, 'This is the craziest idea ever.' I honestly had no idea that I actually would get selected," said Waite.

Waite and Allen knew nothing about each other and were blindfolded before meeting. They were told they would pose with a motorcycle and in a creek.

"I used Karmon and Daniel as the tester to see, 'Is this possible? Is this going to work? Are they going to take off their blindfolds off, see each other and turn around and run?'" said McCaffry.

Then the blindfolds came off.

"I was awestruck. It could have been a thousand different people and I had this beautiful young woman standing in front of me," said Allen.

It was an instant connection.

McCaffry said she did this to help bring positivity to the world.

"Everywhere you turn is negativity and all of a sudden they have this beautiful couple that created amazing chemistry on camera and they're craving that connection with humans right now. I think that's why they just blew up the way that they did. People are thriving to have that interaction again," said McCaffry.

The photo shoot went viral, garnering more than 50,000 shares and thousands of comments on Facebook. Many people are now asking how they can sign up.

But if you're searching for "the one," Allen offers this advice.

"Just be yourself and the right person will come," he said.