Mayor Joe Hogsett said IMPD is changing and updating guidelines for use of force. 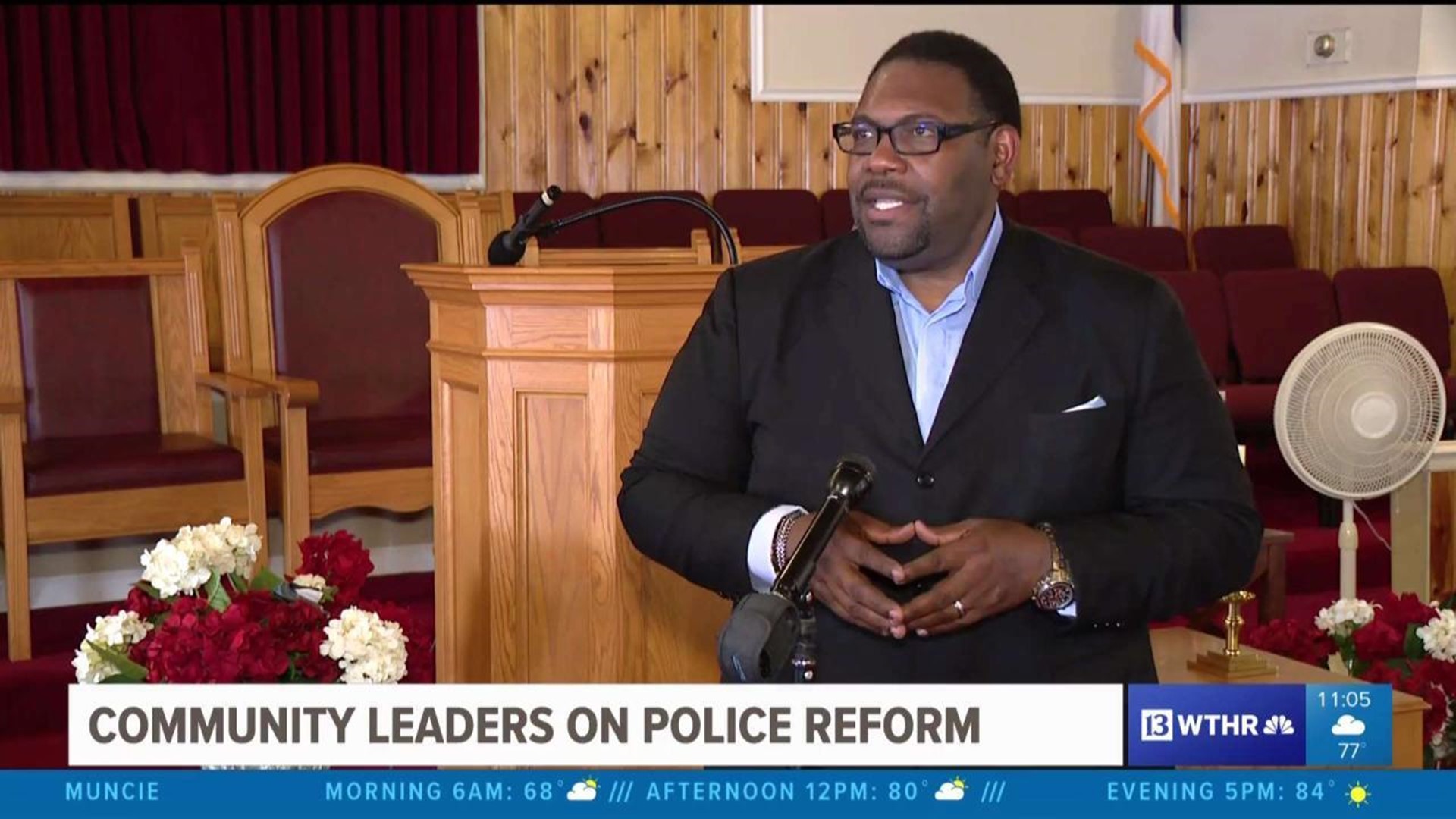 INDIANAPOLIS (WTHR) — Mayor Joe Hogsett said IMPD is changing and updating guidelines for use of force including the following:

"This is a beginning, not the end. These policies are important, and once implemented, we will have a better city than ever before," Hogsett said.

IMPD Chief Taylor said the officers in the department are working to build bridges with the community, but he understands the mistrust. He said the department will work to improve that relationship.

"I can't tell you anything today that will heal decades of wounds. I can assure you of this: our department as a whole will continue to march foward progress for our community and our citizens," Taylor said.

When asked about the officer-involved deadly shooting of Dreasjon Reed and releasing the officer's name that shot and killed him, Chief Taylor said that because of threats to officers, that information is not being released at this time.

He went on to say that with a special prosecutor now appointed, the investigation will continue moving forward and more information will come out as that process moves along.

Reed was shot and killed on May 6, 2020 while streaming a chase with officers on Facebook Live. Police say Reed had a gun and fired at the officer. His family acknowledges Reed had a gun, but insists he did not shot at police.

Click here to watch the full video of the Reed family's news conference from Wednesday.