How to beat brain drain before school is back in session

It's hard to believe it's already that time, but yes, we’re talking about going back to school. 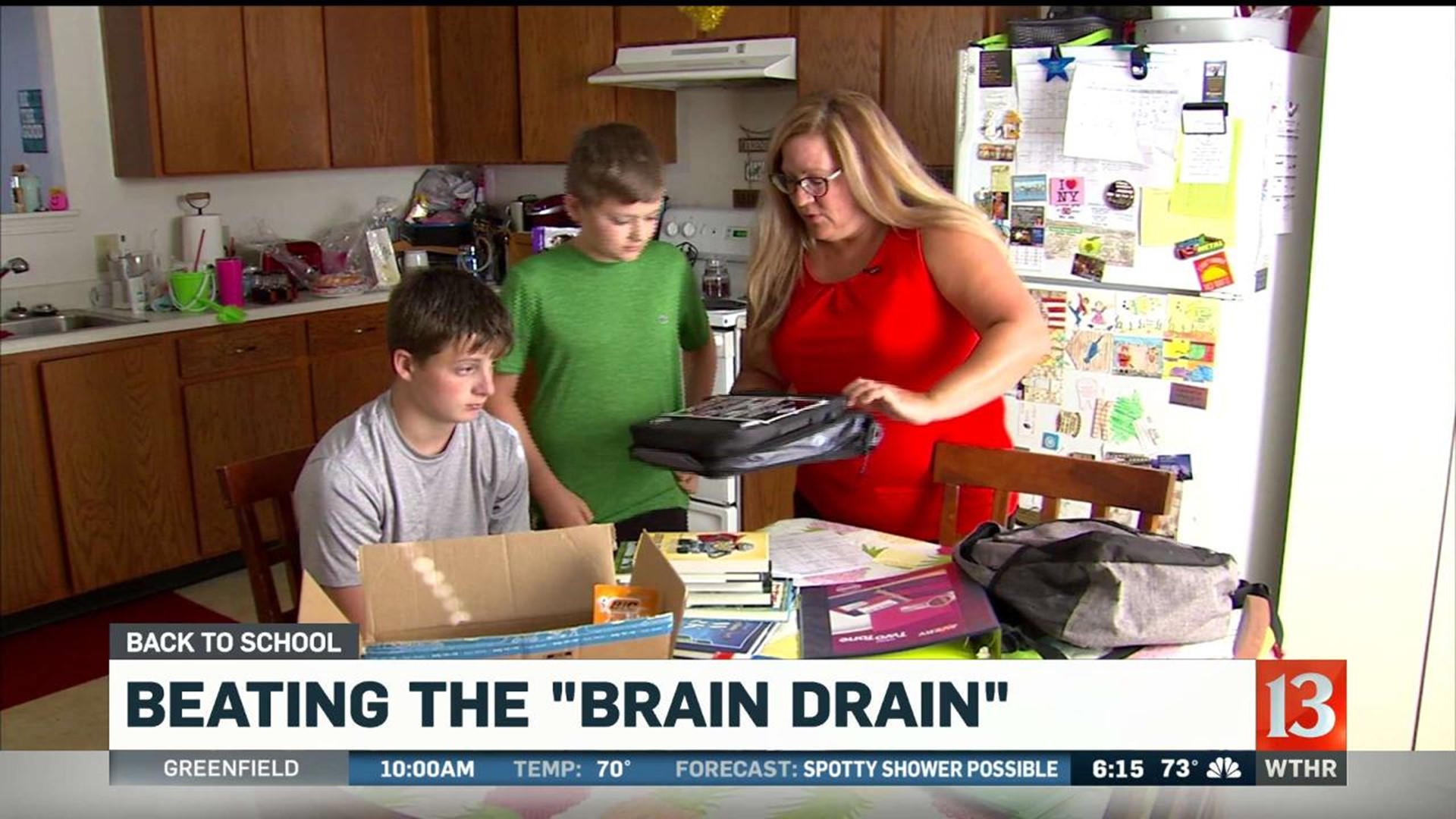 INDIANAPOLIS (WTHR) — It's hard to believe it's already that time, but yes, we’re talking about going back to school. Many parents and kids have probably been traveling, playing sports or swimming in the pool, but it will soon be time to get back into that school routine.

Pediatric psychologist Ann Lagges says it's important to prepare your child’s brain to return to school, and it's not too late to start.

There's a lot of talk about "brain drain" — the thought that kids lose some skill sets over the summer months, which can make those first few weeks back a struggle for some students.

"There is variability in the research of how much learning is lost over the summer, but pretty consistently, losses in both reading and math are documented during the summer months," Lagges said.

Mom Jennifer Samuels has the back-to-school routine down by now. Her oldest son Caiden is 13 and entering eighth grade and her younger son Mason is 10 and entering fifth grade.

"They already don't want to talk about going back to school, and we kind of have to because we have to get everything prepared," Jennifer said.

She's had her boys prepared all summer. Caiden and Mason have played sports and spent time with mom, but, they've also been hitting the books – at least to an extent.

"Reading is the most important thing. The more we read, the better," Jennifer said. Lagges agrees. "It doesn't have to be a hardcore academic text. Anything that's at their reading level would be great."

Jennifer said she looks for ways to keep her boys' brains active all summer with activities like crossword puzzles and educational games. Even when the family travels in the summer, the boys take books with them.

"I've read like a couple books — not as much as I usually would in school, but I've still been reading," fifth-grader Mason said.

Jennifer said she and the boy's will make trips to the library or pick up books at the store to keep reading material on hand. That way, there's always something there if they want to read something new.

In addition to reading throughout the summer, Lagges said staying up on math skills is important, too. Thankfully, that can be easier than one would think.

"Help the kids use math in their everyday life," Lagges said. "Bake a batch of cookies, make them double the recipe. Or figure out how many degrees hotter or cooler it's going to be the next day."

As for fifth-grader, Mason, he's really enjoying the reading. "It helps you, like, go back to school and warms up your brain."

Mason said he likes to read fiction, but also about places his family has traveled to or are interested in visiting.

Another tip Lagges had for returning to school was going over the fundamentals of school and test taking, even if you're using last year's material.

"Get those rusty wheels turning a little bit, so that doesn't have to happen all at once during those first few days back at school."

Here are other activities kids can do to get prepped for the school year:

Once they’re back into the basic swing of things, it's also important keep up good study habits. Click here to read tips for best practices when it comes to back-to-school studying.