The Supreme Court ruled for the first time this week on President Trump's controversial travel ban. 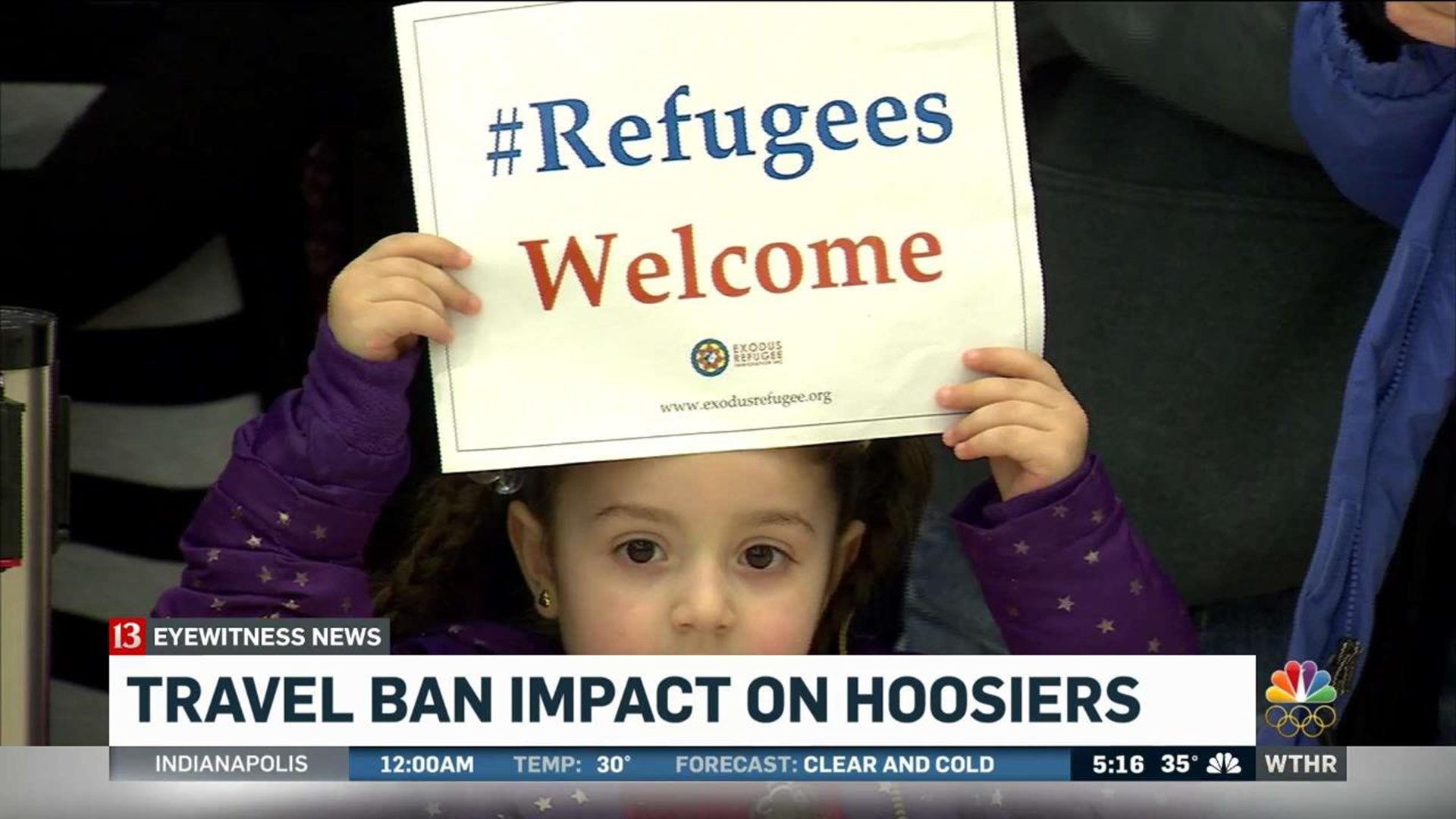 Justices said the ban can take full effect, even while it's still being appealed.

That means travel to the U.S. is prohibited from six mostly-Muslim countries, plus North Korea and Venezuela.

This affects millions of people, including Hoosiers with family members in those countries who now can't fly to the U.S. to visit.

They expressed anger over what many called anti-American policy.

Now, with the Supreme Court green-lighting a third version of that travel ban, opponents are quieter, but no less frustrated.

Aliya Amin is the executive director of the Muslim Alliance of Indiana.

"I thought was a huge setback," Amin said. "Well I think it's sending a message saying that we aren't a welcoming country. We don't want immigrants here, given that this nation was built on immigrants."

She says the Trump travel ban, which is still being challenged in appeals courts, doesn't make us safer, but rather targets people from a specific faith.

Some Christian faith groups say the ban is a slap in the face to all religious freedom.

The "Shoulder to Shoulder" campaign is an interfaith organization dedicated to ending anti-Muslim sentiment.

"This affects families' abilities to be together for no other reason than people's national origin which we know is based on religious discrimination. This is not who we are. This is not who we want to be," said Catherine Orsborn with Shoulder to Shoulder. "So this doesn't just affect American Muslims. It really all Americans because it is an affront to our values."

"I don't think that's the America that we want," Amin added.

On a personal level, Amin fears the ban will tear apart families: relatives unable to visit their loved ones.

She's already heard worry from international students who are attending college in Indiana.

"They're worried about going home. They're worried their parents can't come to visit them," Amin said. "So it definitely does have an impact on families."

Families concerned that the land of opportunity, open all, is now closed.