College students in three states and five in Indiana communities are scrambling to get their education on track and their money back. 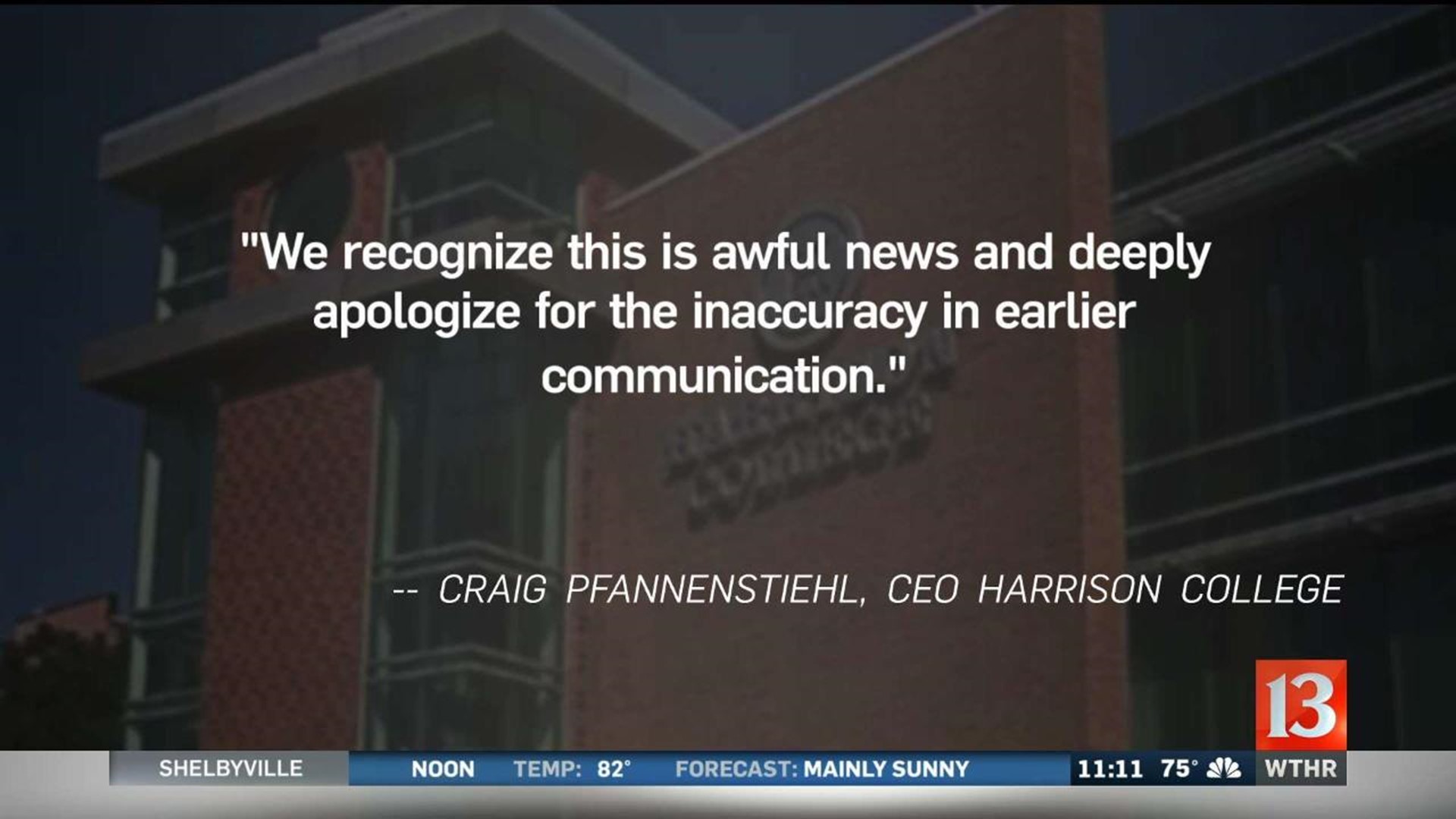 INDIANAPOLIS (WTHR) - College students in three states and five in Indiana communities are scrambling to get their education on track and their money back.

Answers are hard to come by. No one answered the phone at the downtown Indianapolis campus. Students met with college representatives expecting information and direction.

"I was lied to by people who promised me a future," she said. "It was pretty much stripped away from me."

"I'm 38," England explained. "I just started now going back to school and now I am stuck."

The 116-year-old Indianapolis-based for-profit college announced the closing in a news release that provided no explanations.

According to a former employee contacted by Eyewitness News, Harrison had been suffering financially for years.
Jeremiah Johnson learned of the closing in a mass email, right after finishing the course work for an associate degree. Will he get his diploma?

"Probably not. Honestly, even if they do award it, how is it going to stand up now?" he said.

Because Harrison was a for-profit college, students' class credits typically do not transfer to traditional non-profit colleges and universities.

"I am very nervous," Saffard said. "I put in a year-and-a-half in schooling already. I'm hoping it doesn't go down the drain."

Nikki Moore, another student, insisted she's not giving up. Medical assisting will continue for me but elsewhere, somehow.

How about Ivy Tech or some other state university?

"It is our responsibility to reach out to these students and help them continue their education," Lee said. "To make sure their work isn't for nothing."

Ivy Tech, like other non-profit universities won't accept Harrison College's class credits. However, there is a process in which students can earn new college credits for what they already know.

Lee said students will have to take tests to show the skills they have already learned.

It is a challenging process, but could save transferring students years of work and thousands of dollars.

Because their college closed, Harrison students with federally backed government loans may not be responsible for repaying them.

A sign taped to a wall inside the college asks, "How many lives will you change today?" Below it, someone wrote, "We tried."

It isn't just the students of the college who are scrambling to figure things out after it abruptly closed. Employees are left without a job and now, without health insurance.

Workers at the college received a memo Monday saying their health care plan is terminated as of last Friday.

"We recognize this is awful news and deeply apologize for the inaccuracy in earlier communication," the memo continued.