Greenwood resident Rob Merchant honored one of his former middle school wrestlers who was killed in Afghanistan in 2011 by mowing a giant American flag in his yard. 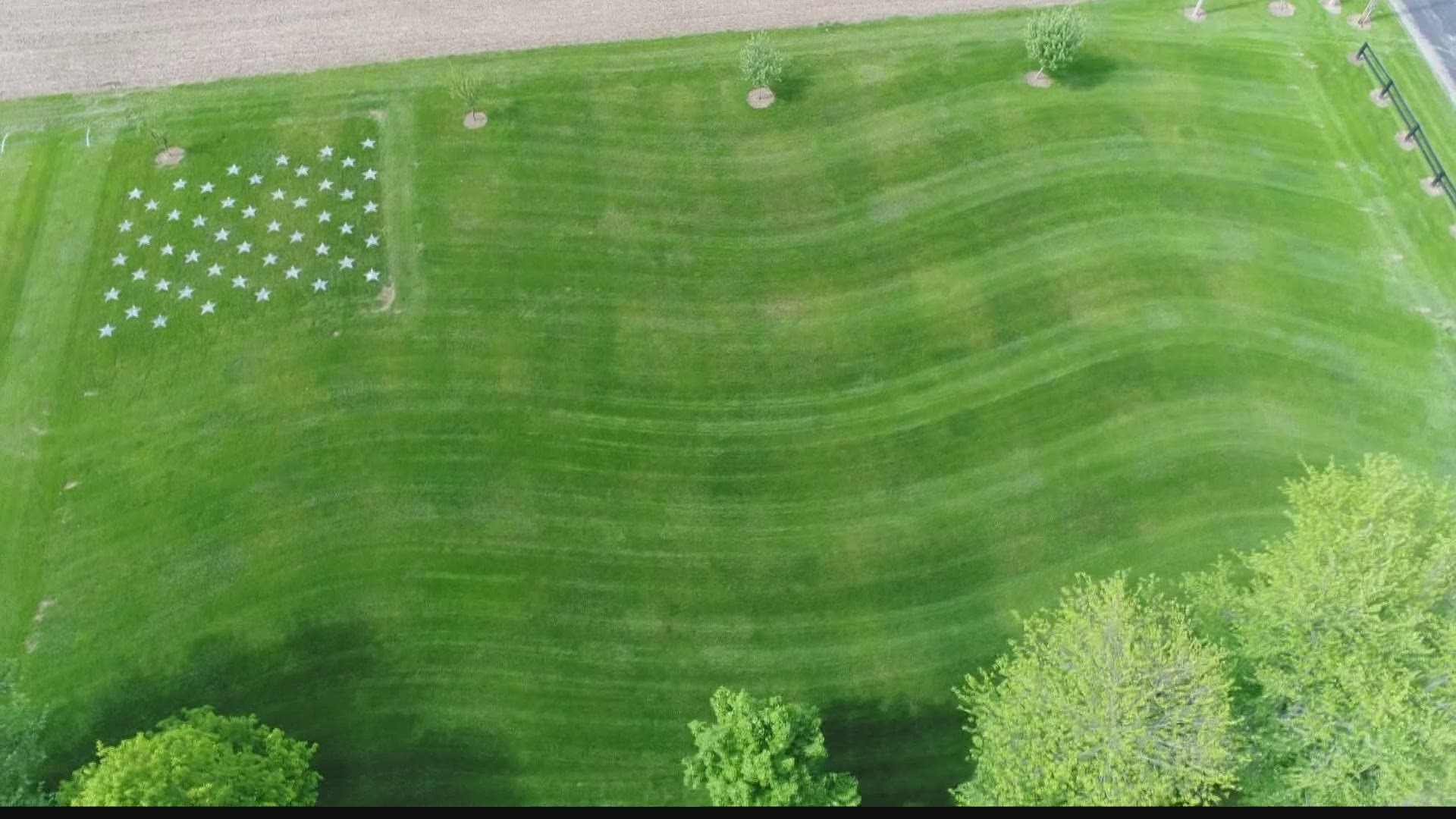 GREENWOOD, Ind. — During this holiday weekend, one man in Greenwood celebrated the Fourth of July in a big way — so big, the only way to truly see it is from above.

Rob Merchant created a giant flag in his front lawn — 13 stripes and 50 stars.

“The complex part was the stars. How do I get 50 stars? Do I really want to paint 50 stars every time?” Merchant said.

At the time, his family wasn’t sure what he was up to.

“I think they rolled their eyes like here is one of dad’s projects. He’s got the barn projects, he’s got yard projects and now he is doing something funny with the grass,” Merchant said.

But this tribute is more than a hobby for him. That’s because the sacrifices for this flag didn’t come from a history book. It came from his own team.

“I had a wrestler that was in middle school that wrestled for me and was an awesome kid, an inspiration to our team and then in 2011, he was in the military and was killed in Afghanistan,” Merchant said.

Jimmy Waters, a Whiteland graduate, went to serve in the Army right out of high school.

“He was killed in 2011. So it’s been nine years. He was a kid. He was a baby. To see the inspiration that he had…that’s a real story,” Merchant said.

A real story to never be forgotten.

He is also creating another tribute for those who lost their lives on Sept. 11, 2001. He has outlined NYFD and the Twin Towers next to the flag. Merchant also created the Ichthys symbol on the other side, which many Christians know as the "Jesus fish" or "sign of the fish."

Waters’ family set up a memorial foundation for families that need help with equipment or funds for school sports.