Two kindergarten classes in Greenfield are selling koala charm necklaces they made to support Australian wildlife. 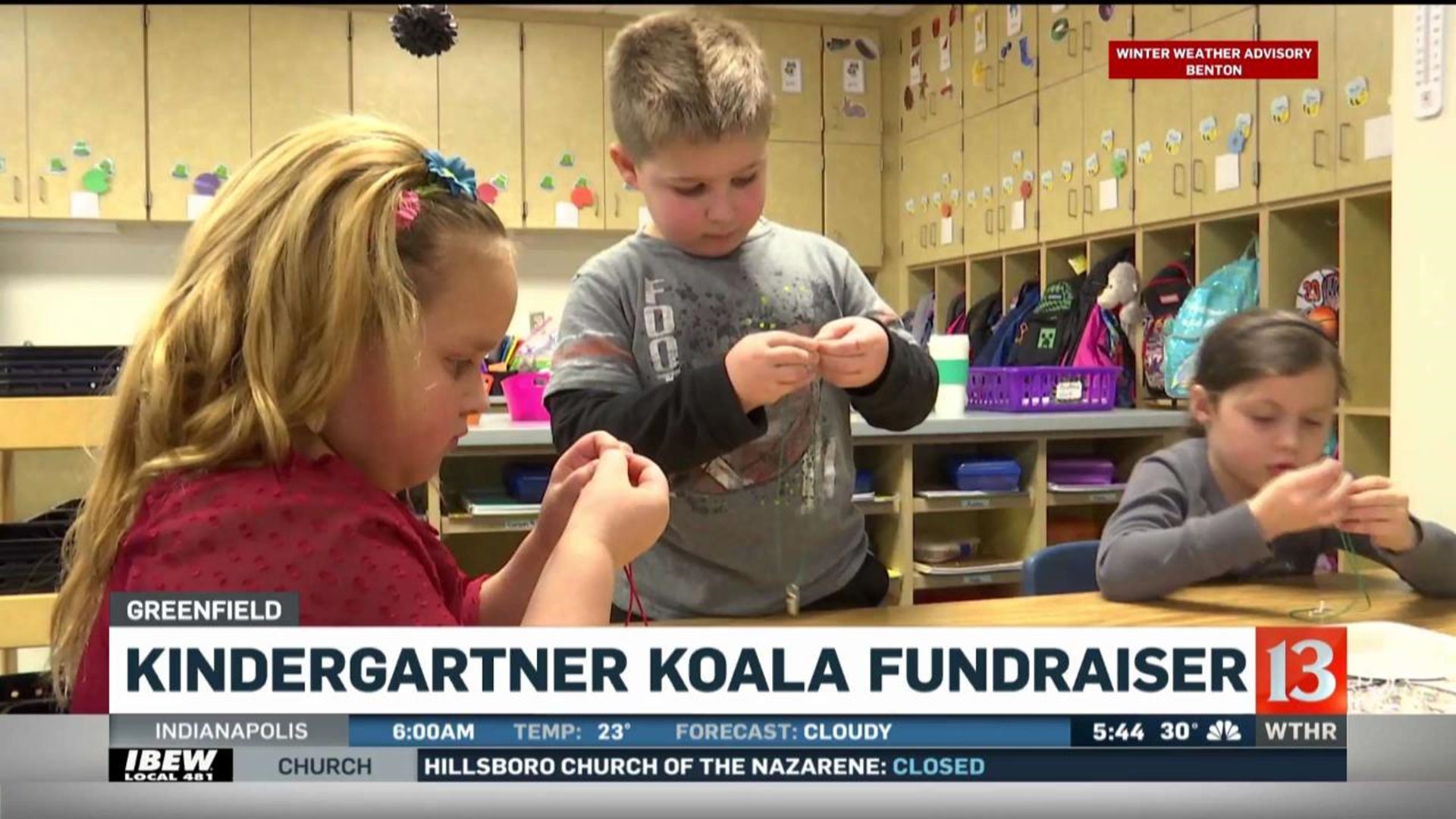 GREENFIELD, Ind. (WTHR) - The devastating Australian wildfires this year burned more than 17 million acres of land and killed an estimated billion animals. The fires wiped out 30 percent of the koala population. Kindergartners at J.B. Stephens Elementary School in Greenfield may be small but want to help with a big problem.

"There's wildfires in Australia and we want to help the animals," said kindergartner Sophia Montgomery, pointing out Australia on a map in her classroom.

"We don't want koalas to get hurt by the fires,” said kindergartner Charlson DePrez.

"We can earn money so we can help the koalas,” said kindergartner Vada Denney, “because they're getting burns." All money raised will be donated to the Australia Zoo Wildlife Warriors, founded by the late Steve Irwin, who was better known as the Crocodile Hunter.

"Seeds, because lots of trees are getting burned down and bandages because their paws are getting hurt,” said kindergartner Hayden Lawson.

"They all came together and took on this project and decided to work on a solution together,” said kindergarten teacher Tammy Wheeler. “So, it was just a lot of brainstorming and their enthusiasm for the project, it just overwhelmed us."

Little five-year-old fingers have delicately strung 300 koala charms onto wax rope cord necklaces. Selling at five dollars each, the children hope to sell out and raise $1,500.

"My hope is that one day maybe they'll go to Australia and they'll see what they've done with their money, even if they were a small part of it," said kindergarten teacher Leah Bewley.

The classes have already sold over 200 of the koala charm necklaces. They are available for purchase in the Stephens Elementary school office 7:30 a.m. – 3:00 p.m. through Friday or until they are sold out. The school's phone number is 317-462-4491.