Choir teacher Alex Brickens was released on bond this afternoon. 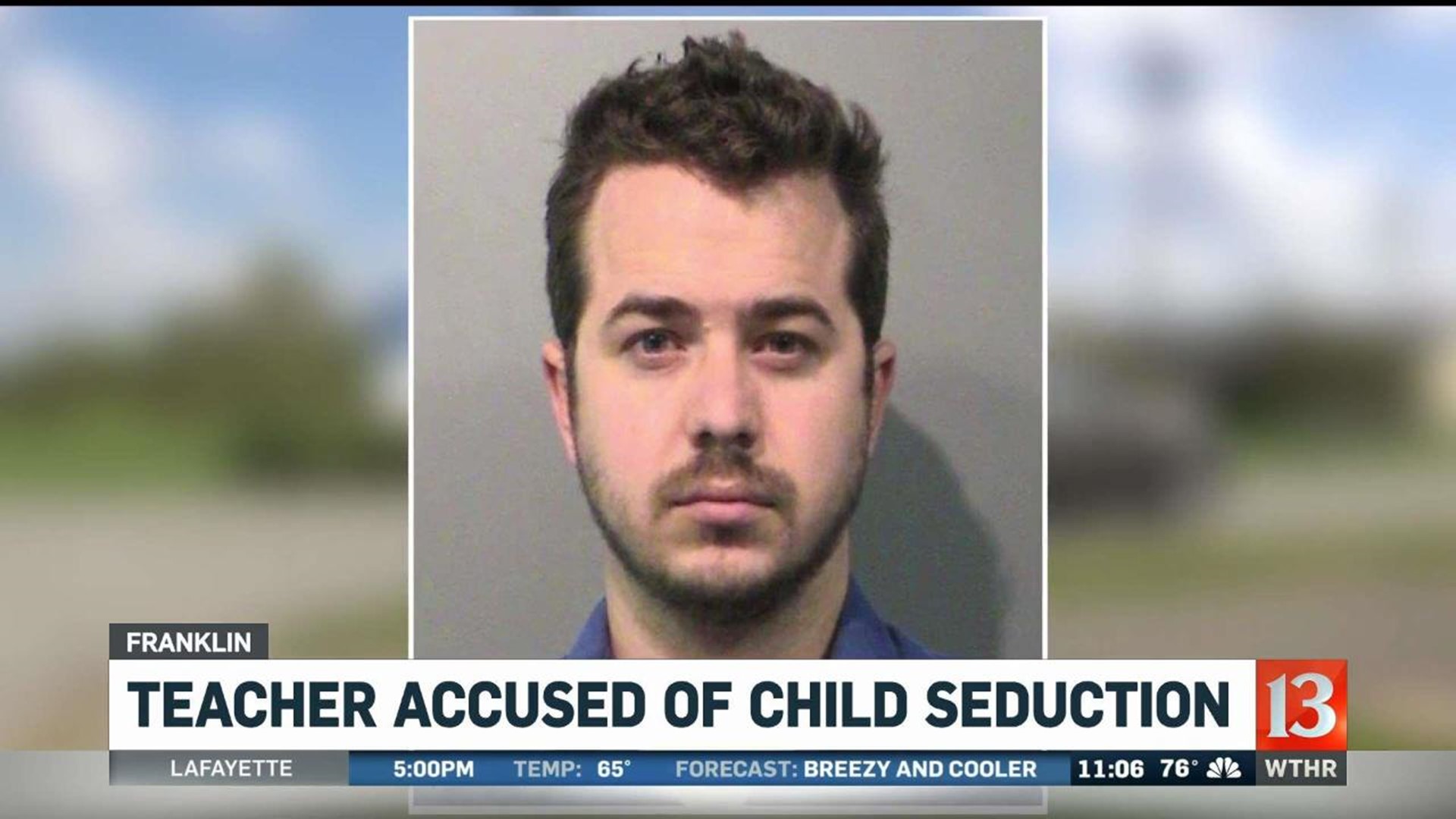 FRANKLIN, Ind. (WTHR) – A Central Indiana choir teacher is out on bond this afternoon after police arrested him.

Franklin Police Chief Kirby Cochran told Eyewitness News that they can't release many details about the case yet, but his detectives have been working on it since they first heard there may be an issue on Monday.

Alex Brickens is accused of child seduction. Brickens was the assistant director of choirs for Franklin Community High.

Franklin Community High School suspended him after learning of the allegations involving a student.

The school has made counseling services available to students.

The principal sent a letter to choir parents about the arrest, and the conversation he had with students this morning.

He wrote: "While our ability to talk about the case is limited, our ability to talk with them through the emotions of this incident is not. We want to be able to help them in whatever way we can. The actions that led to this arrest are not acceptable and not who we are at Franklin Community High School."

He also went on to praise the students who came forward with information about Mr. Brickens.

Parents we talked with were shocked to hear everything that has come out so far. The superintendent agrees.

"Being shocked and disbelief, we're right there with them, as both school administrators and teachers," said Franklin Community Schools Superintendent David Clendening. "We see it as a gift that wee get to work with those kids every single day and it's our job to maintain their safety and that secure learning environment. We're going to continue to do that."