A young commercial writer with Indiana ties is hoping to crash the Super Bowl with a new spot for Doritos. 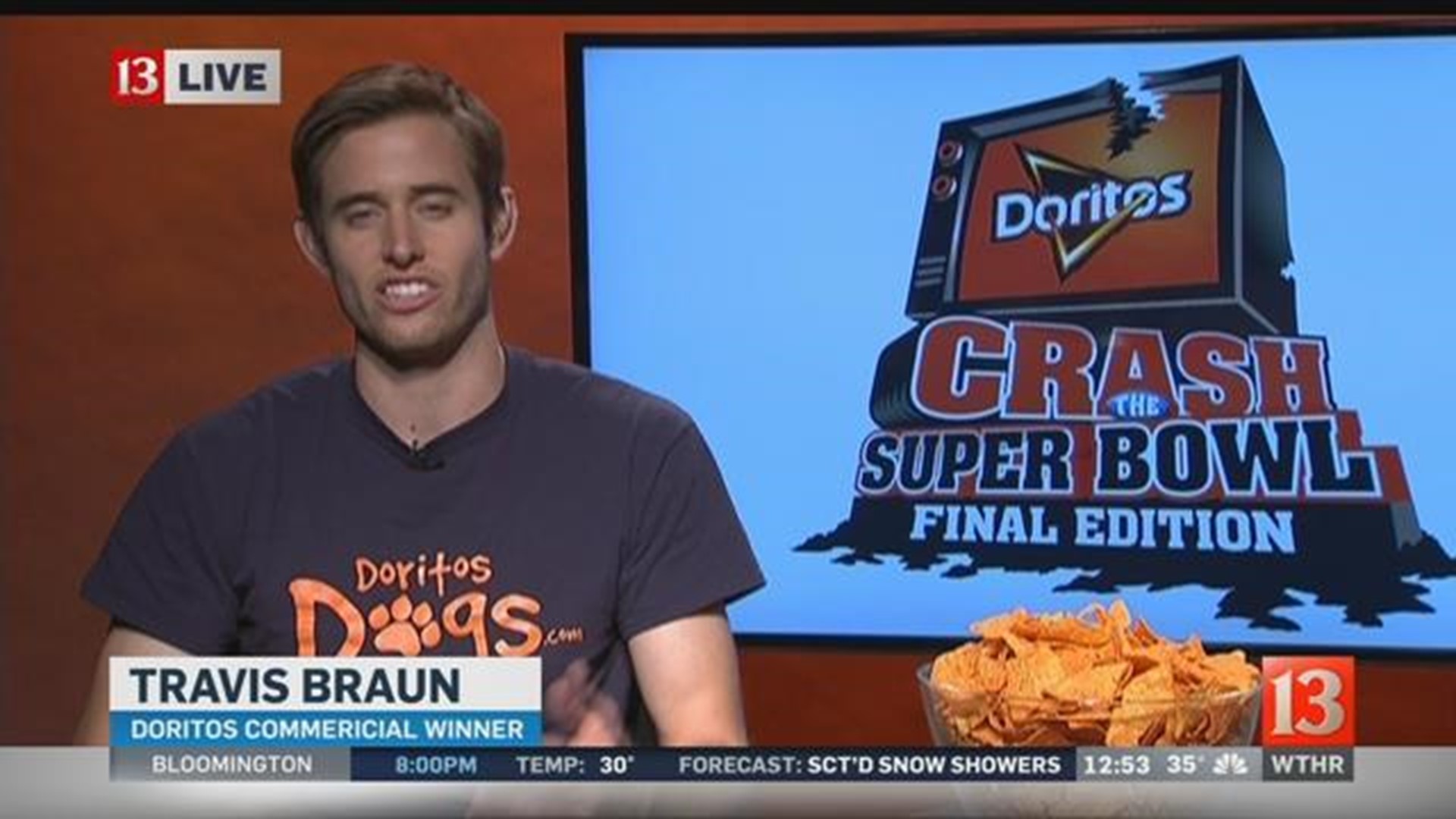 Franklin College graduate Travis Braun's commercial shows a group of dogs looking through the window of a grocery store at the Doritos display. The manager chases them out a few times, before they come up with a plan to get their snacks.

The spot was one of three finalists out of more than 4,500 submissions.

He posted a picture to his Facebook page of him and his collaborator with the $1 million check. Winning means they also get the chance to collaborate with a big-name Hollywood director on a future project.

Braun was also a finalist in last year's Doritos Super Bowl contest, but came up short of the ultimate prize.