A Fishers business owner with ties to Southern California is headed there this week to help. 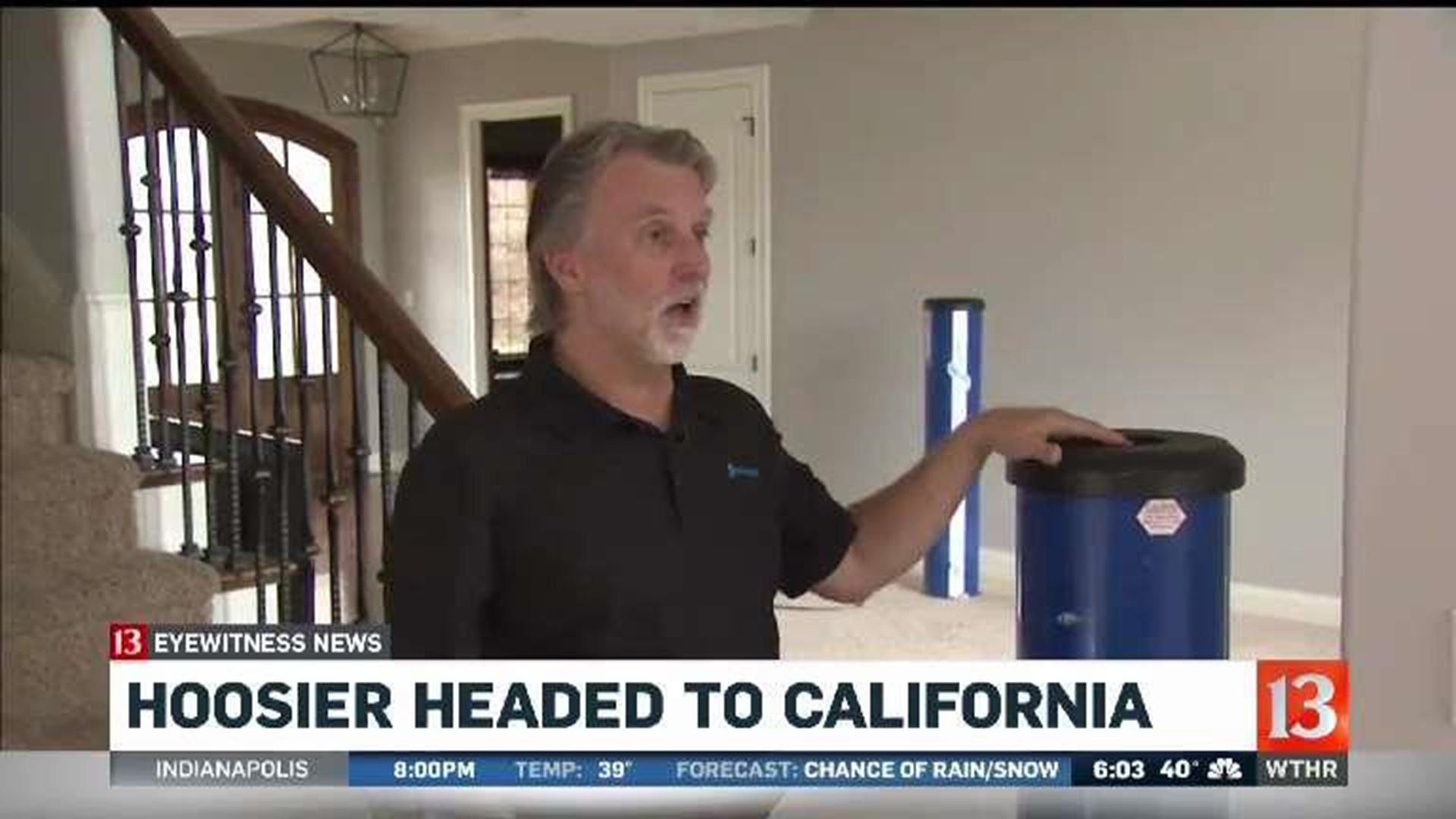 FISHERS, Ind. (WTHR) - A Fishers business owner with ties to Southern California is headed there this week to help.

Todd Schnitzius is headed to Malibu where so far, nearly 200 homes have burned to the ground. His focus is not on what's been lost but preserving what's left.

Schnitzius co-founded BioSweep. His company specializes in removing fire smoke odor from homes and businesses using machines that he invented.

Pointing to the 60-pound cylinder placed in homes, he said, "the bad air goes in and the good air comes out. We're basically filling up a home like a bathtub and for period of time, usually few hours and breaking down virtually any organic odor."

Schnitzius is often hired by insurance companies. He's done odor removal following many of the largest wildfires including those in Santa Rosa, Napa and Gatlinburg. He said eveb though he's dealing with homeowners who've escaped the flames, haven't lost their homes, it's not easy.

"Emotionally it's a charged situation. Everyone is pretty upset and rightly so," he said.

And this time, it hits close to home. Schnitzius, a Lawrence Central High School graduate, went to Pepperdine University. He was a junior when it and the surrounding area were evacuated in 1982 because of wildfires. At the time, he was living with five friends in a house in the mountains above Malibu.

He remembers waking up to sunshine that Saturday morning and then the smell of smoke.

"Suddenly I looked up and everything turned black," he said. "It felt like being in a storm. Within 90 minutes I watched the house burn to the ground."

He said he and his friends, musicians, grabbed what they could a few instruments and threw them in the back of a pick-up. But the truck was blocked in the driveway by a firetruck and destroyed.

Everything was gone and not just his house.

"It was terrifying, a horrible experience to see so many folks in the neighborhood that also lost homes," he said.

This time the losses are even greater, but at least through his company he'll be helping with recovery. Schnitzius expects to be gone on and off for up to 10 weeks. He's not sure how many homes they'll rid of smoke odor but suspects it could easily be in the hundreds.