The monument outside City Hall makes sure surviving military family members are not neglected. 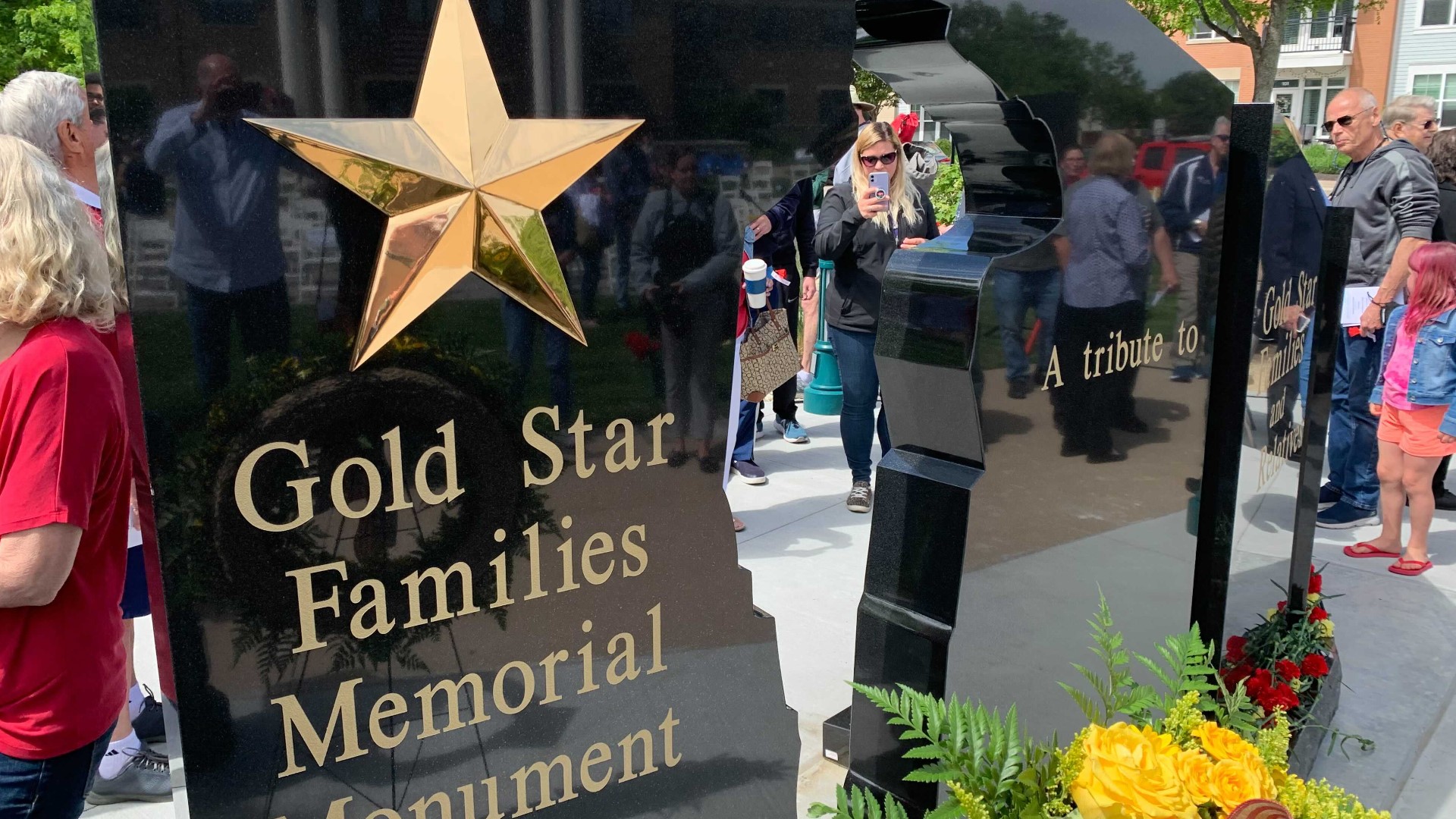 FISHERS, Ind. — The city of Fishers unveiled a new monument on Memorial Day, honoring Gold Star families who have lost a veteran during military service.

The monument outside City Hall makes sure surviving military family members are not neglected.

When a patriot gives their life while serving our country, that sacrifice goes beyond the battlefield. It's also made here at home by loved ones like Noreen Nowak, whose nephew, a U.S. Marine, died in Iraq when his Humvee was destroyed by an IED in 2004.

"In that moment, our family became members of a club to which nobody wants to belong. We became Gold Star families," Nowak said at Monday's installation ceremony. "The grief of such a loss is indescribable."

That's why coinciding with Memorial Day, the City of Fishers dedicated the new monument honoring the Gold Star families that fallen heroes leave behind.

"It's to advise them that monument, which is their monument, belongs to them," said Fishers resident and veteran, Commander El Ahlwardt, U.S. Navy (Ret.).

"It is healing to be here today," Nowak told the gathered crowd. "I am proud beyond measure that the good people of Fishers have dedicated themselves not only to remembering our brave fallen heroes, but also their families."

The monument, paid for with community donations, has been in the works for a year.

It features a soldier's silhouette in salute and against the backdrop of the American flag and shows shadows of the loved ones who feel their loss so acutely. There are also five poignant words inscribed on the stone: homeland, family, patriot, sacrifice and remembrance.

Community members left yellow carnations at the base of the monument during Monday's ceremony, in honor of their heroes.

"Any family who has lost someone in the defense of our country knows that in Fishers, we take care of our own. In Fishers, we make sure they are not forgotten, they never will be forgotten," Fishers Mayor Scott Fadness said, "and that they'll always have a place here in our community."

Also during this ceremony came a personal tribute from a member of the Greatest Generation.

Wayne Caldwell fought alongside fallen heroes during World War II as a member of the Army Air Corps.

"We are the fortunate ones who were able, if we were overseas, to come home alive. Those that I served with, so many of them did not come home alive," Caldwell said.

He sang "God Bless America" and recited the poem "My Native Land."

Caldwell also encouraged those in the crowd to say a prayer for fallen soldiers by name, a solemn reminder of the brave men and women who never took off the uniform.

Now, it's hoped this memorial in Fishers honors those veterans and comforts their survivors, who have sacrificed, too.