A fire department drone found a missing Shelby County woman who was disoriented and wandering through dark, rain-soaked farm fields. 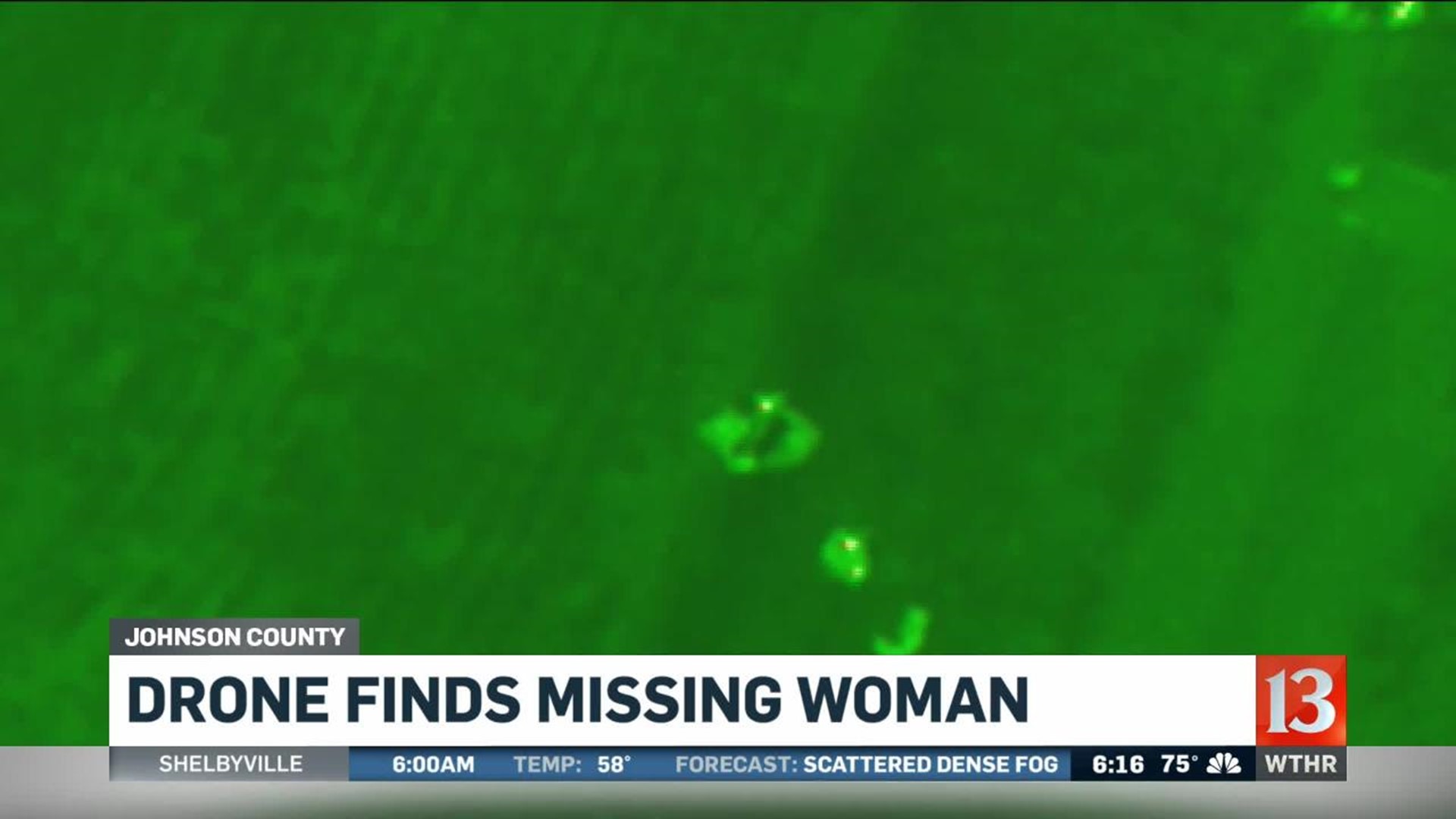 Rescuers and tracking dogs searched for Rose Burton unsuccessfully for two hours. The drone and it's pilot found her in about 15 minutes.

Rose her husband, Gregory, live in a rural area where it is easy to get lost and hard to be found.

According to police, Rose wandered out her front door into a farm field.

Before Gregory could grab clothes and shoes, she disappeared into the darkness. It was 2:30 a.m. Thursday.

It was still dark when the Bargersville Fire Department drone took off a little after 4:40 a.m. In 15 minutes, its infrared camera spotted a glowing dot. A quarter-mile from her home, it was Rose, alive and still moving, but disoriented.

Did the drone save her life?

"I actually think we made a difference this morning," said Bargersville Fire Division Chief Eric Funkhouser said after a moment of thought.

Funkhouser hovered the drone over the woman guiding rescuers and an ambulance to her at 5:00 a.m.

"Being able to help out and make a difference to end the search so quickly is a fantastic feeling," Funkhouser said.

In just 15 minutes, the drone and pilot accomplished what searchers and tracking dogs from several counties could not as they walked in the dark, in the rain, through farm fields.

"You are cutting down on legs, groups of emergency responders having to walk side-by-side across a field at night, when they can't see much," Funkhouser said. "To me this completely proves what this technology can do."

The Johnson County Community Foundation donated $10,000 to buy the drone.

The Bargersville Fire Department has put the drone to work about 20 times on search and rescue missions. This is the first time they have found the person they were looking for.

In previous searches, the drone kept rescuers from wasting critical time and energy searching the wrong places. In minutes, a drone can survey an area that could take searchers on foot hours to cover.

Gregory Burton said he is grateful and incredibly relived that his wife was found. He doesn't want to talk too much about what happened until he is certain she is going to be okay.