Family warns others of rare, dangerous problem after COVID-19 in kids

Experts urge parents to watch for unexplained fevers or other symptoms in their children who have had coronavirus. 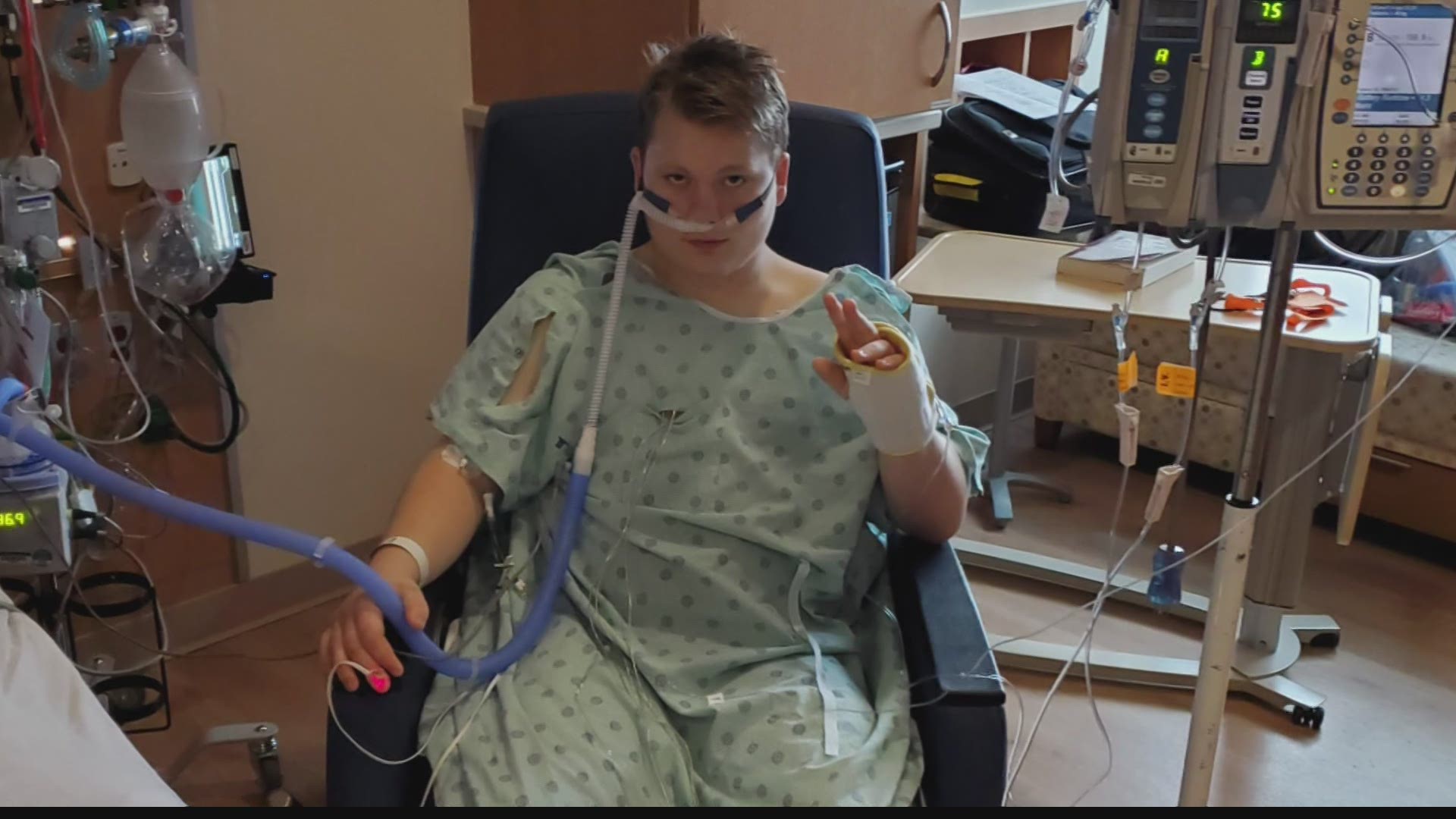 RUSHVILLE, Ind. — Richard Barnes thought he was done with the ravages of COVID-19. After all, other than temporarily losing his sense of taste and smell, the 15-year old high school freshman didn't even have any symptoms.

But a few weeks later, he learned he hadn't been out of the woods — far from it.

"I woke up with a headache and went to school," Richard remembered. But hours later, he was sent home with a fever.

"He just wasn't my son at one point," recalled his father, Steve.

There was the fever that kept getting higher, along with severe abdominal pains.

Richard went to a local hospital and was tested for the flu. Doctors also looked into appendicitis.

Eventually, Richard was transported by ambulance to IU Health Riley Hospital for Children in Indianapolis, where he was admitted to the intensive care unit. Doctors performed a battery of tests.

"He couldn't stand on his own, couldn't go to the bathroom on his own," recalled Steve. "He just didn't want to be him anymore and at one point, he looked at me and said 'Dad, I'm scared.'"

What was he scared of?

"Dying, honestly," answered Richard. "I just knew I wasn't doing good at all."

By now, Richard was on oxygen, and his heart was showing signs of deterioration. He had significant inflammation in his gut, swollen lymph nodes, very low blood pressure and low kidney function.

His organs were failing from the pressure to keep up.

"They said they were going to try this medication because they were 95 percent or more sure that it was MIS-C," said Steve.

"It's an inflammatory condition that's the consequence of a prior COVID infection," said Dr. Jimmy Carlucci, a pediatric infectious disease doctor at Riley and assistant professor in the IU School of Medicine. "This typically occurs in the weeks after the COVID infection, and it occurs in children."

It's rare, but serious. According to Carlucci, of the 3 million or so U.S. children diagnosed with COVID-19, there have been just 2,000 reported cases of MIS-C. About 50 of those children died.

"Children who have this condition can die if they're not recognized and treated appropriately," said Carlucci.

Thankfully, the Barnes family says within hours of diagnosis and an infusion to boost his immune system, Richard began to improve.

He also received a high dose of aspirin and steroids.

Richard Burns is home now but will need months of checkups before he is released to normal physical activity.

But almost 100 percent, he says, has never felt better.

"It feels amazing," he said.

His parents wanted to speak out to warn others.

"I just want it out there," said Richard's mother, Beth. "As a mother, I just want other parents to know you're not out of the woods after COVID."

Carlucci urges parents to watch out for unexplained fevers or other symptoms like severe abdominal pain.

Here's more information on in MIS-C from the Centers for Disease Control and Prevention.