The mother of Indy's first homicide victim of 2019 hopes a new family reward fund will lead to finding her son's killer. 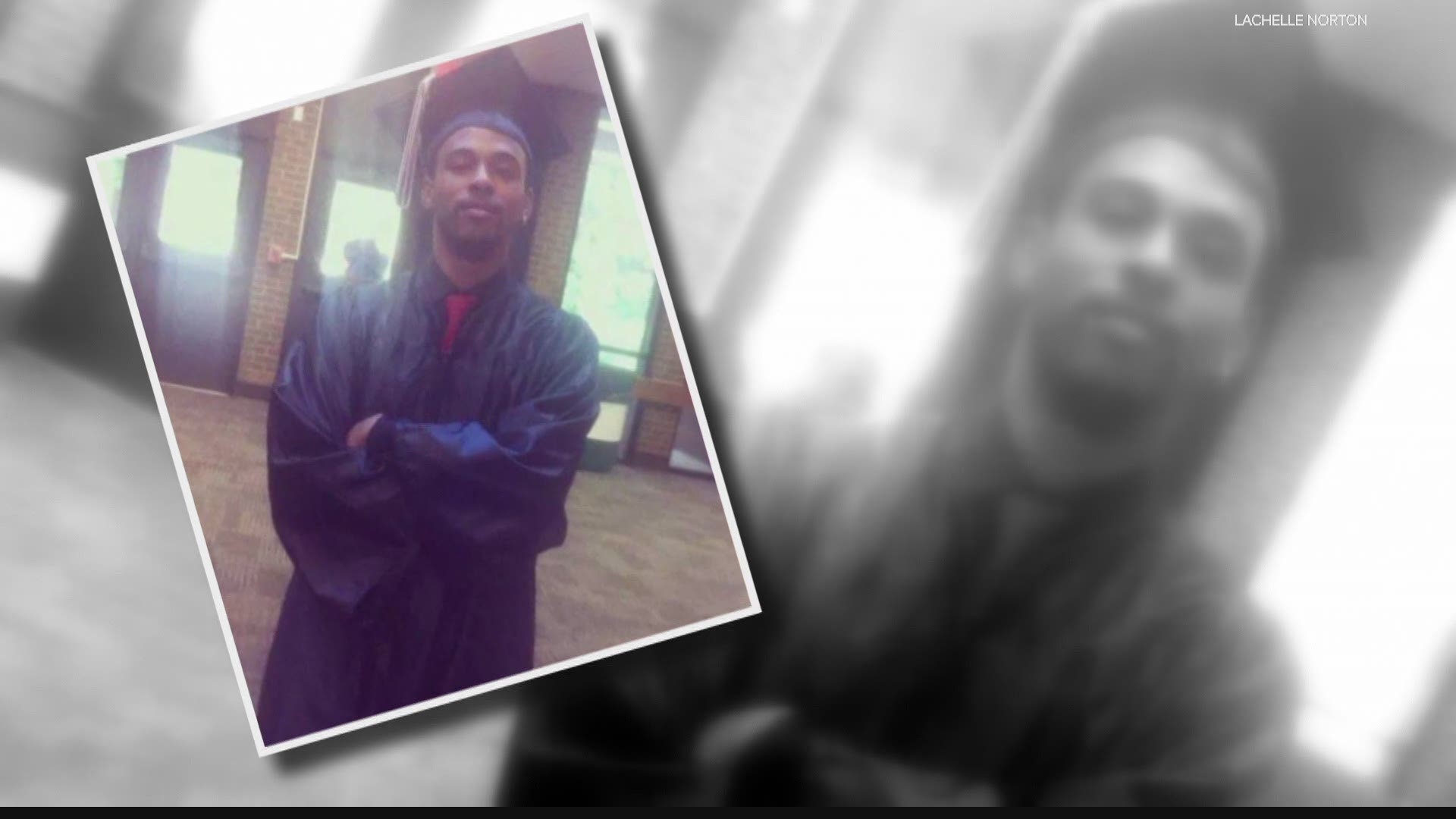 INDIANAPOLIS — The mother of Indy's first homicide victim of 2019 hopes a new family reward fund will lead to finding her son's killer.

The family of Christopher Johnson has announced a reward of $2,500 for information about who killed him and another man last year. When her son was murdered more than a year-and-a-half ago, Lachelle Norton had no idea they would still be looking for justice.

"Just think, if this was to happen to you," Norton said.

She is trying to get through to the people who know about her son's murder.

IMPD homicide detectives investigated the homicides of Johnson, who was 27 years old, and 28-year-old Kenneth Valentine. The two men were the first murders of 2019.

"Oh man, that was my baby," said Norton. "He was soft, concerned, he was compassionate. He always liked to help. He would smile all the time. He had these deep dimples."

On Jan. 5, 2019, Valentine's relatives went to check on him at his Sharon Avenue home on the city's northwest side. They found Valentine and Johnson dead inside. Norton wants whoever knows something to think about her son's personality. She believes his killer first took advantage of his kindness before taking his life.

"If you needed to go out of town, Chris would take you out of town," Norton said. "Chris would give you a place to live. Chris would feed you. Just think about Chris and the type of person Chris was."

Now going on two years with no answers, Johnson's family hopes their cash reward helps with new leads and closure.

Norton told 13News that she forgives the person who took her son's life. She also believes that Christopher would do the same. Norton also said that maybe whoever is responsible really didn't mean to kill Christopher. If that's the case or not, she believes that the person responsible is not resting easy and probably struggling with having a peace of mind. Norton believes there may even be witnesses who want to do the right thing and help their family find justice.

"Turn yourself in and, you know, just do the right thing and come forward and say 'Hey, I did this,' or 'Hey, I know who did this,'" said Norton.

Christopher's family hopes whoever has information is brave enough to come forward, even in secret. The family wouldn't be surprised if the reward grew past the current total of $2,500. The telephone number for IMPD homicide is 317-327-3475.

In addition to the Johnson Family Reward for an arrest and conviction in this case, people can also earn a separate cash reward of up to $1,000 by calling Crime Stoppers at 317-262-TIPS and remain anonymous. The family reward is not connected to Crime Stoppers of Central Indiana.