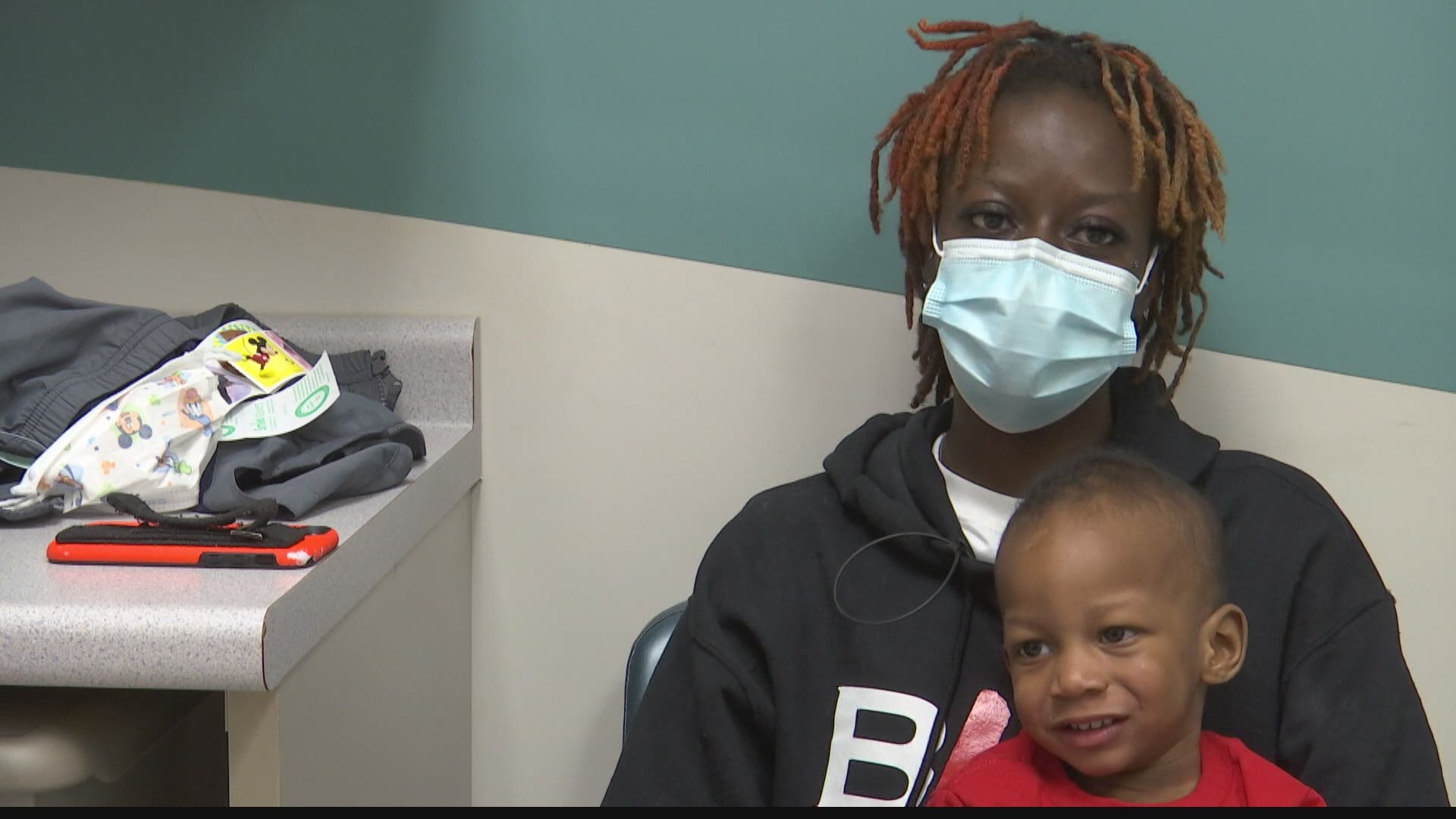 INDIANAPOLIS — An Indianapolis mother is warning families after a scare with her toddler.

“He was laying on his back, slobber coming out his mouth and real lethargic,” said Garrett.

She rushed her son to the hospital, where doctors first suspected a COVID-19 infection. Then they took an X-ray.

Doctors found Mahziere had swallowed a button battery that had started burning his esophagus.

“It was a 22-milliliter lithium battery,” said Dr. Fred Rescorla, a pediatric surgeon at IU Health Riley Hospital for Children.

Dr. Rescorla says they see 10 to 15 cases a year where a child swallows a button battery.

Credit: WTHR
16-month-old Mahziere will be fine after a big scare involving a lithium battery.

“The battery becomes stuck in the upper part of the chest and it discharges, and unfortunately it discharged very quickly and burned the esophagus completely,” said Dr. Rescorla.

Doctors were able remove the battery from Mahziere’s throat and expect he’ll make a full recovery.

“It was definitely scary. And a lot of people do not know the precautions and think it’s going to be OK, but a lot of times it can’t be and might not be so lucky to have a full recovery,” said Garrett.