More than four years after she was last seen, friends and family of a missing Muncie mother of three are still searching, still looking for answers. 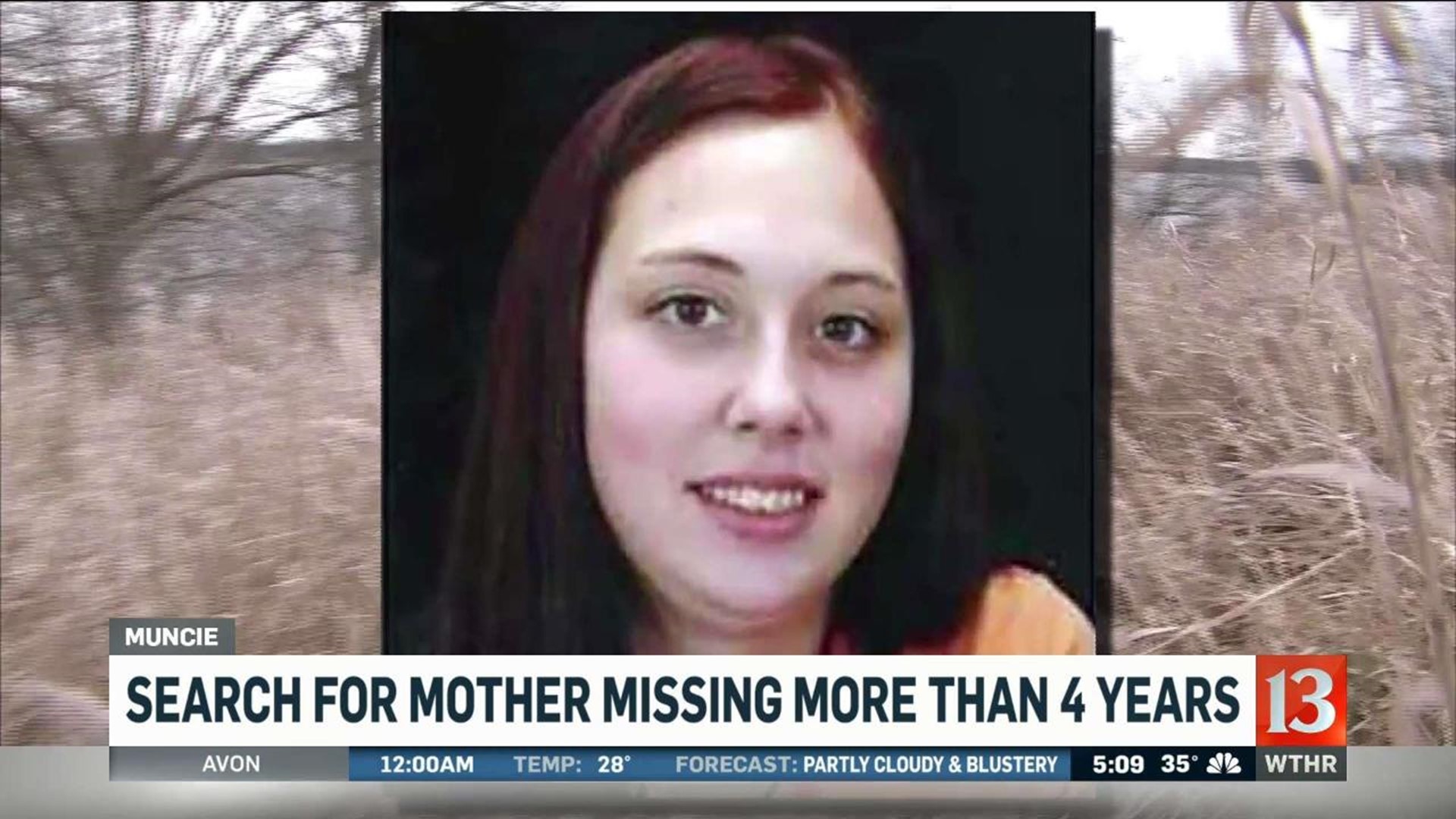 MUNCIE, Ind. (WTHR) - More than four years after she was last seen, friends and family of a missing Muncie mother of three are still searching, still looking for answers.

Wednesday morning, roughly two dozen people fanned out along the western edge of Prairie Creek Reservoir to follow up on a tip about Ashley Morris Mullis.

"We're searching for anything, any indications of where the body could have been buried," Shannon Smith said.

Smith and others were pursuing a tip from an amateur investigator who suggested Ashley's body may have left somewhere in the area.

"I've had several tips and followed every one of them," Morris said. "I follow every lead I can, whether it's bogus tips or what have you."

Morris has been searching for Ashley for four-and-a-half years, ever since the 27-year-old mother of two young boys and an infant daughter disappeared without a trace. Morris and family members suspect foul play.

Ashley's aunt, Macinda Abbott, said they are desperate to know "who took her and whether she'll come back as bones or whether she's going to come back as a person. I just pray one day we'll find out soon because it's been hard."

She and other family members say they're frustrated with police, that they're not doing enough to find Ashley and/or solve the crime.

"Her kids are growing up without her and I don't want them ever thinking she just walked off because she didn't," Abbott said, adding the kids "were her heart and soul."

So, on days like Wednesday, the family turns to volunteers like Smith who show up and help out.

"I know it if was my daughter I would do anything I could to get closure one way or another. I would want my daughter found," Smith said.

Those who walked among the trees and thick brush, lining the reservoir, planted small orange flags in spots they deemed suspicious.

Morris marked a couple of areas where he found bones, likely those of an animal, but he couldn't be sure. He hoped police would follow up with cadaver dogs.

Either way, he and others vowed to return in a couple days and continue searching. As Abbott said, "we don't want to give up hope she's out there, but we also need to put her to rest."

Morris has offered a $10,000 reward for information leading to his daughter's whereabouts.