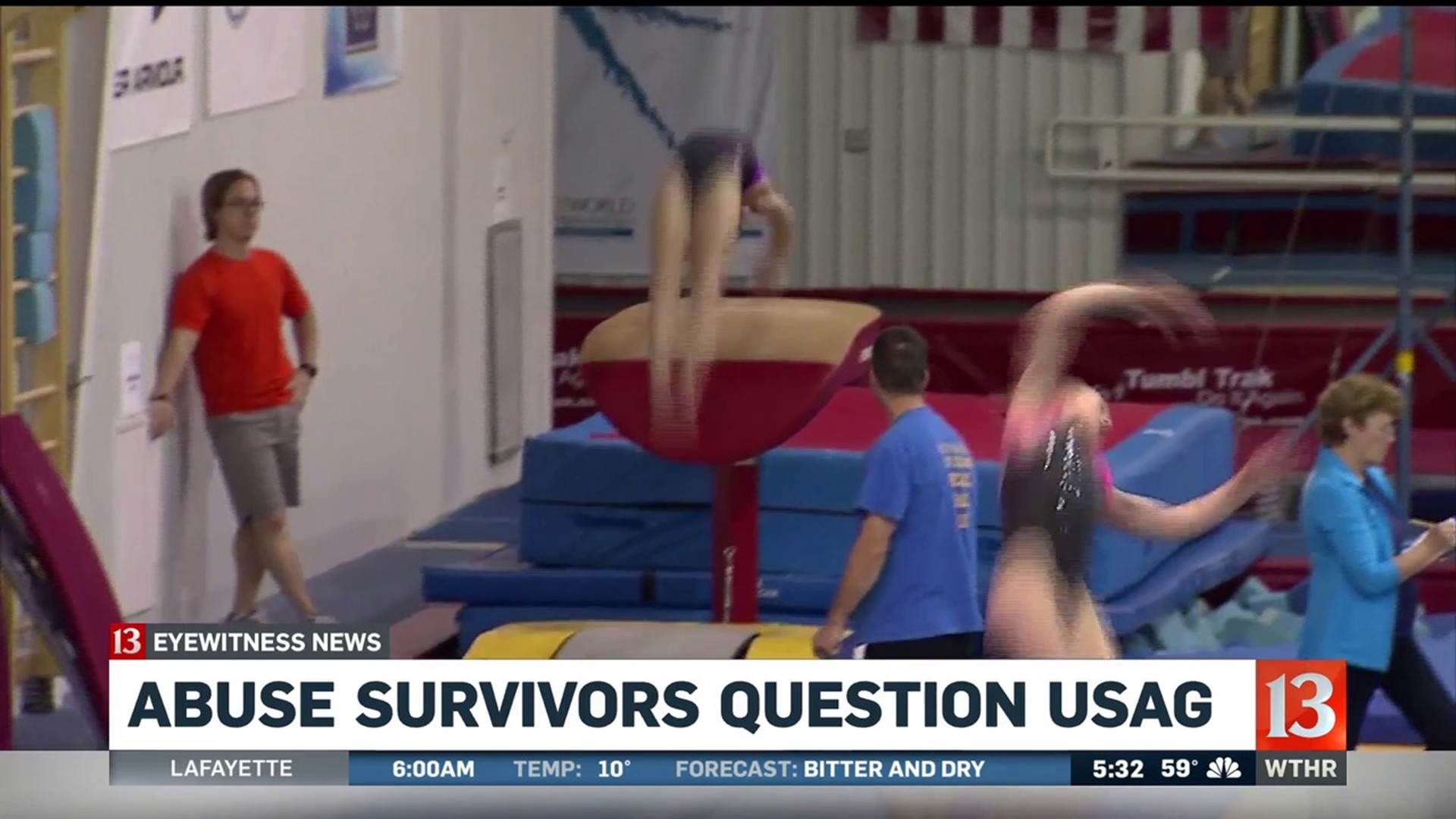 USAG filed for bankruptcy in December. Thursday was creditors' chance to ask questions about USAG's financial condition. USAG's CFO, Scott Shollenbarger, testified they estimate all of the lawsuit claims against them could total between $75 million - $150 million.

They have insurance policies that could help pay those claims, but USAG attorneys testified Thursday the insurance companies are pushing back saying they don't have to pay, at least not in full. The insurance companies filed a claim in federal bankruptcy court last Friday. During Thursday's hearing, attorneys still didn't have a clear picture how much the policies are going to end up being worth.

It's been more than a year since Nassar was sentenced up to 175 years for that sexual abuse. Since then, USAG has gone through several upheavals, including resignations from presidents and leaders within the company. As part of Thursday's financial questioning, it was pointed out that former CEO Kerry Perry was given a $425,000 severance package when she left after less than a year on the job, as required by her contract.

Attorney Mary Bono took over after Perry on an interim basis, but resigned four days later after pressure from Olympians. Aly Raisman questioned her hiring because of her work with law firm Faegre Baker Daniels, who Raisman said found out about their abuse when they reported it in 2015. Simone Biles was critical of Bono's tweets criticizing Nike for making Colin Kaepernick a spokesperson for its "Just Do It" campaign. She, too, got a severance payment, but the CFO couldn't confirm how much it was, saying Bono's employment was so short he never saw her contract.

Three of Nassar's survivors, Rachael Denhollander, Sarah Klein and Tasha Schwikert, took part in Shollenbarger's questioning Thursday. They serve as co-chairs of a committee of survivors all pressing for change at USOC. Denhollander was the first woman to publicly accuse Nassar of sexual abuse, and Klein was Nassar's first known victim. Denhollander and Klein are also both attorneys.

You might also remember Klein's face from the Espy Awards. Three victims stood front and center, including Ally Raisman on the right and Klein on the left.

One question they asked Shollenbarger was what the organization plans to do to identify more abusers and their victims - something they said the CFO should have known as part of his work determining the total financial burden USAG may end up facing.

He said he didn't know.

"For all of us, the deep concern is that if you haven't done something so basic as to discover what other predators may be out there, you're leaving all of the children in your organization still at risk," Denhollander told reporters after the hearing wrapped up. "There are little girls and little boys still at risk because USAG hasn't even looked."

Many of their questions were met with variations of "I don't know." Shollenbarger was just hired by USAG in July 2018, and much of the work on this case happened before his time there.

Survivors felt he should have been prepared better regarding the elements that happened before he joined the organization and/or other representatives should have been made available to answer questions.

"We are extremely disappointed with what happened here today," Schwikert said when they'd finished questioning Shollenbarger. "This meeting was just one big, 'I don't know'."

USA Gymnastics released a statement saying, in part, "Pursuant to the Bankruptcy Code, today's meeting of creditors was focused on financial issues, and our chief financial officer had the necessary financial information to respond. USA Gymnastics intends to continue to work cooperatively with survivors."

One piece of evidence that did come out concerned USAG's relationship with the National Gymnastics Foundation. The foundation's mission, according to its website, "is to provide for the sustainability and promotion of the sport, and support the ongoing education and outreach efforts of USA Gymnastics through the preservation and growth of its assets." While that indicates the two groups have a partnership, Shollenbarger testified multiple times that they are still separate organizations with different leadership and unrelated budgets, but he couldn't speak further about the foundation because he doesn't do any work with them.

One of the attorneys who questioned him, though, pointed to a tax form the foundation filed with the IRS. That form, which the foundation links to on their own website, is signed by Shollenbarger and identifies him as their CFO. He'd testified earlier in the day he wasn't the foundation's CFO and, even when holding a printed copy of that tax form in his hands, insisted again he isn't.

USAG faces more than 100 lawsuits filed in courts all across the country. The lawsuits were filed by 300 survivors who blame USAG for failing to supervise Nassar, a team doctor accused of molesting them.

There's been some criticism from survivors about the bankruptcy. Some of them believe the bankruptcy is a tactic by USAG to delay the inevitable - the bankruptcy automatically put a "stay" in place on the US Olympic Committee's efforts to decertify USAG as the sport's governing body.

Shollenbarger and his attorneys said USAG filed for bankruptcy to protect as many assets as they could to ensure the organization had as much money as possible to pay survivors in full.