It took several decades, but the final phase of the city's north side flood control system is all but done. 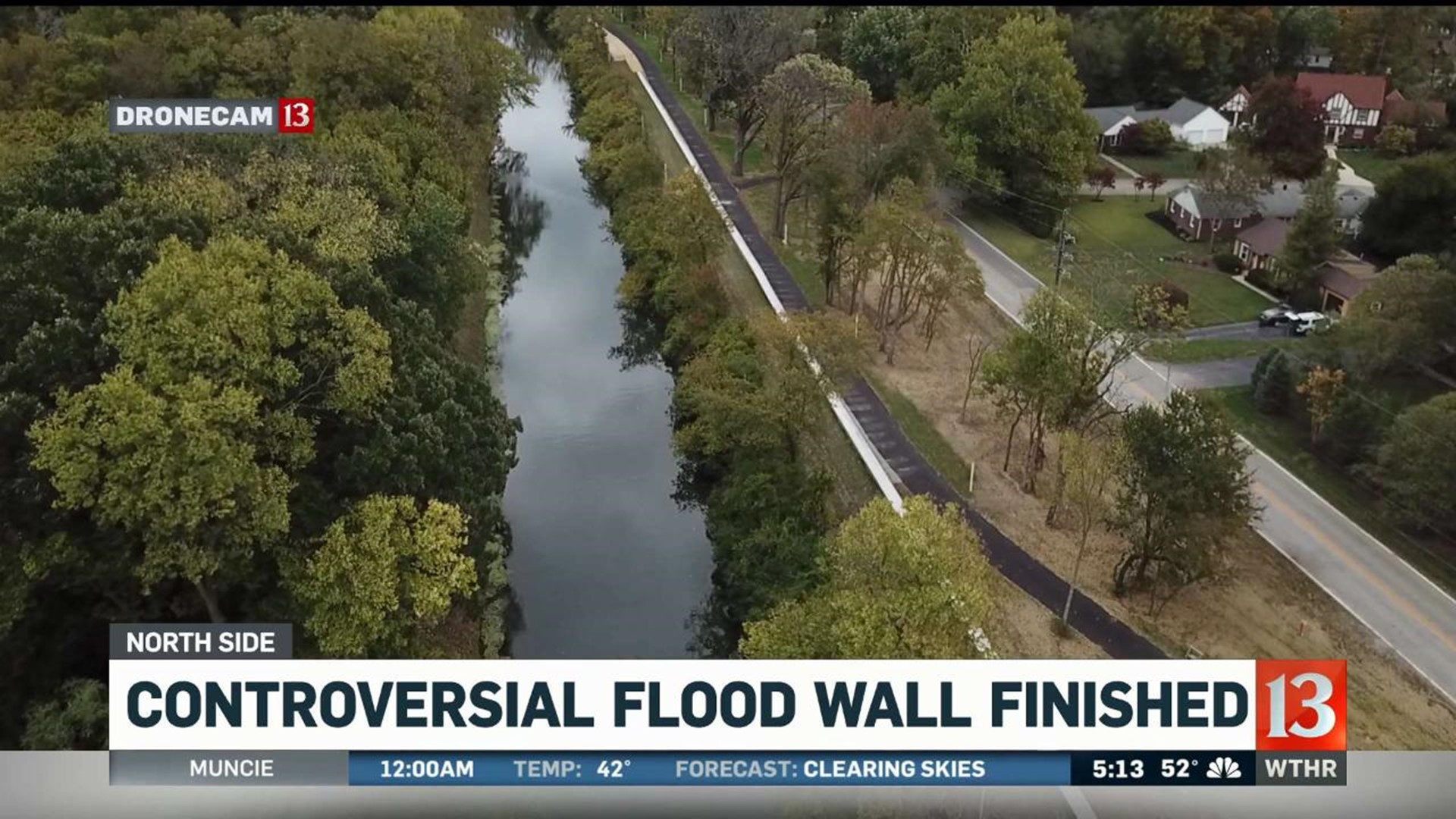 INDIANAPOLIS (WTHR) – It took several decades, but the final phase of the city's north side flood control system is all but done.

The last portion runs along Westfield Boulevard from Butler University to Capitol Avenue. It's a 4,300 foot long rock-stamped concrete wall that connects to the rest of the levee, which runs north to Broad Ripple.

It's meant to protect 2,400 homes and 200 business properties from a catastrophic flooding of the White River.

Many neighbors opposed the wall because of the alignment, the loss of trees and vegetation and fears of its size and appearance.

Looking at the finished product, Anne Hudson, "It's not what I expected, at all which is good. It's pretty, aesthetically."

As for what she expected? "A six-foot cement wall," Hudson said.

She lives across a portion that's covered in grass. There's also a new trail that runs the length of the wall.

South of her home, the wall becomes more visible. In most spots, it rises a just a few feet off the ground.

A portion at Butler ranges from 5 to 8 feet depending on what side of the wall you're on.

While crews managed to save several old-growth trees, many had to be cut down.

One man who sees the concrete "control center" from his window calls the wall a "monstrosity."

Kevin Zimmerman, who's lived along Westfield Boulevard for 30 years, tends to agree.

"It's not prettiest thing I've ever seen but if it helps get rid of the flood insurance I have to carry I'll be better with it," he said.

Flood insurance costs him $1,200 a year, on top of his homeowner's insurance. Others pay even more.

"It will be easier to sell houses here and easier to refinance," she said, with people no longer forced to carry flood insurance.

But that won't happen right away.

A spokesperson for the city's Department of Public Works told us, first the Indiana Department of Natural Resources and the Army Corp of Engineers will have to formally "certify" the entire levee structure for flood protection, which again, extends to Broad Ripple.

Then, the Army Corp and FEMA will have to redraw the floodplain maps, removing the area from the flood plain and from the mandate for flood insurance on federally-backed mortgages. It's a process that could take 12 to 18 months.

A separate flood protection system is in the works for Rocky Ripple, a town of 300.

More than 20 years ago, residents there "opted out" of a flood protection plan, later saying they did so because town leaders intentionally misinformed them.

While city and federal officials said it was too late to reverse course, the city recently agreed to put $11 million toward flood control efforts that would help remove Rocky Ripple from the flood plain.