Indiana is now reporting its first flu death of the season. Health officials say that person lived in Marion County. 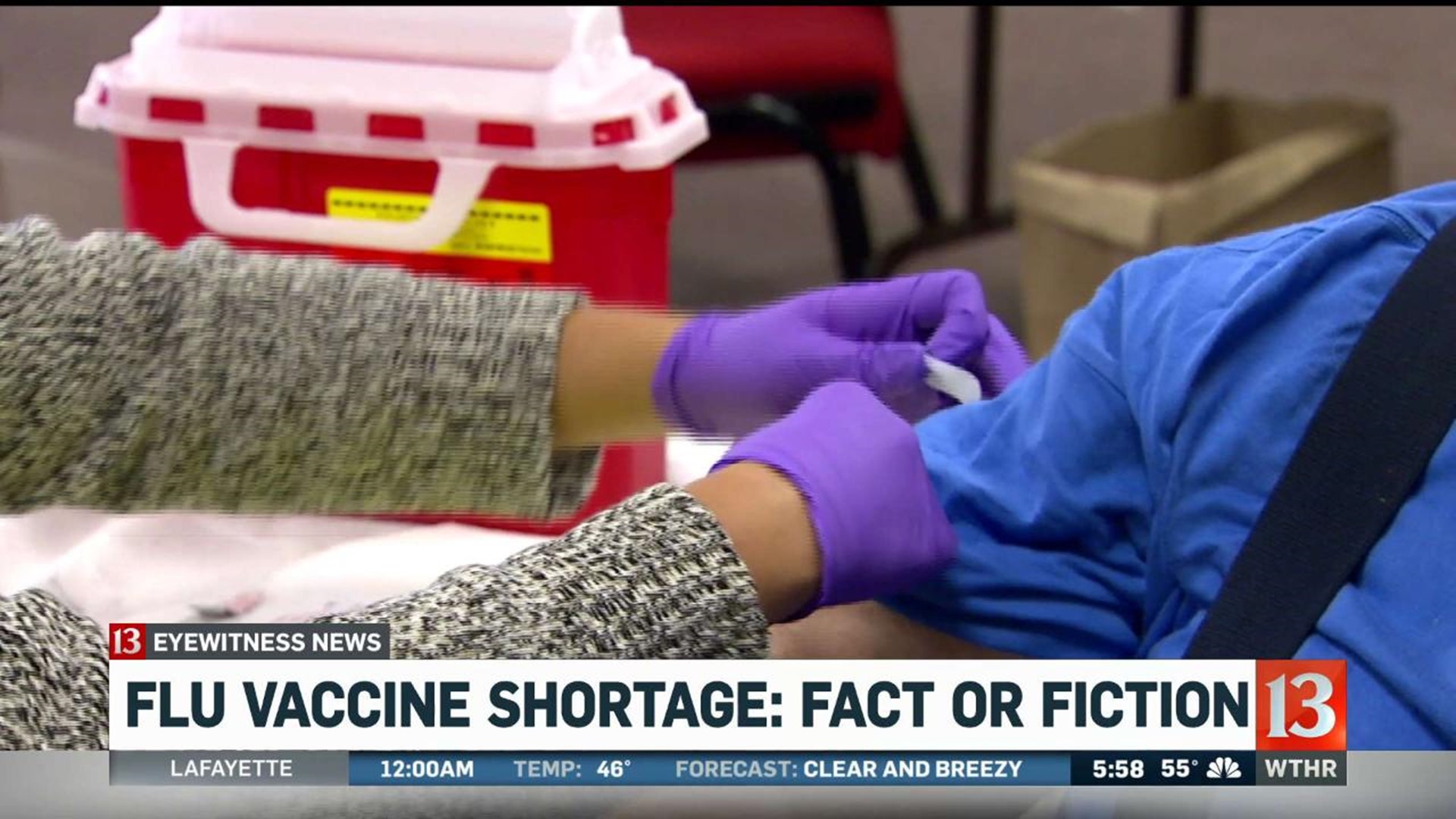 They also warn that this flu season could be one of the worst in several years and are urging everyone to get their flu shot.

This comes amid concerns about the supply, especially the "high dose" vaccine and the delays in getting it out.

Mike Brewer was among the 100 or so people who went to a south side church Tuesday morning to get vaccinated at a "flu shot clinic," offered by the Marion County Public Health Department.

He said it was his first flu shot ever. Why now? Brewer, who's 70 years old, said he was prompted by his doctor.

"You're getting older and you don't want to get the flu and I guess the flu strain this time is pretty bad and as we get older, it could lay you down for a while," Brewer said.

Brewer got the high dose vaccine, the one for people 65 and older. While they had it at the flu shot clinic, it's been in short supply this season.

Eyewitness News called and stopped by several pharmacies and found it a hit or miss.

Dr. Aziz, who works at a pharmacy on East 82nd Street, said they ran out Monday.

Kurt Moyer, the pharmacy's vice president of clinical services said, "We've had a lot of calls and lot of people coming in looking for it. They run into a situation where every place they go... no one has any."

What's behind it? Moyer said it takes time to decide what strain goes into the vaccine and this year it took longer.

"The World Health Organization delayed the final recipe for manufacturers to make," Moyer said. And that led to "a delay in production of the vaccine," which in turn meant "smaller amounts of our initial allotment."

Moyer said there's also been more awareness about the importance of getting vaccinated.

"More people are coming in early to get flu shots so we ran out sooner than expected," Moyer said, adding that Dr. Aziz is supposed to get another shipment of the high dose vaccine in mid-November.

That's not soon enough for some.

Bill Holzer wound up at the south side flu clinic Tuesday after his doctor's office and pharmacy told him he'd have to wait. They were out of the vaccine too.

He says it caught him by surprise.

"Well yeah, because where is it at? I mean this is flu season and you have to have it," Holzer said, noting he didn't want to wait until the next shipment came in. "I didn't want to take the chance he said."

Moyer said the issue this year isn't a shortage. It's a delay in getting the vaccine, with the exception of flu mist, which he said he's nearly out of and won't be getting any more of.

As for those wondering what to do about the high dose vaccine? Moyer said they can "go ahead and get the lower dose, it's still giving you protection over no protection at all."

Moyer said you can also wait until more of the high dose vaccine is released, being sure to take the typical precautions, ie. avoiding crowds, regular hand washing, etc.

Either way, it's probably best to call ahead and make sure your pharmacy has the vaccine before heading out the door.