This 29-year-old mother of two was dealt a hand this year that one can never expect. 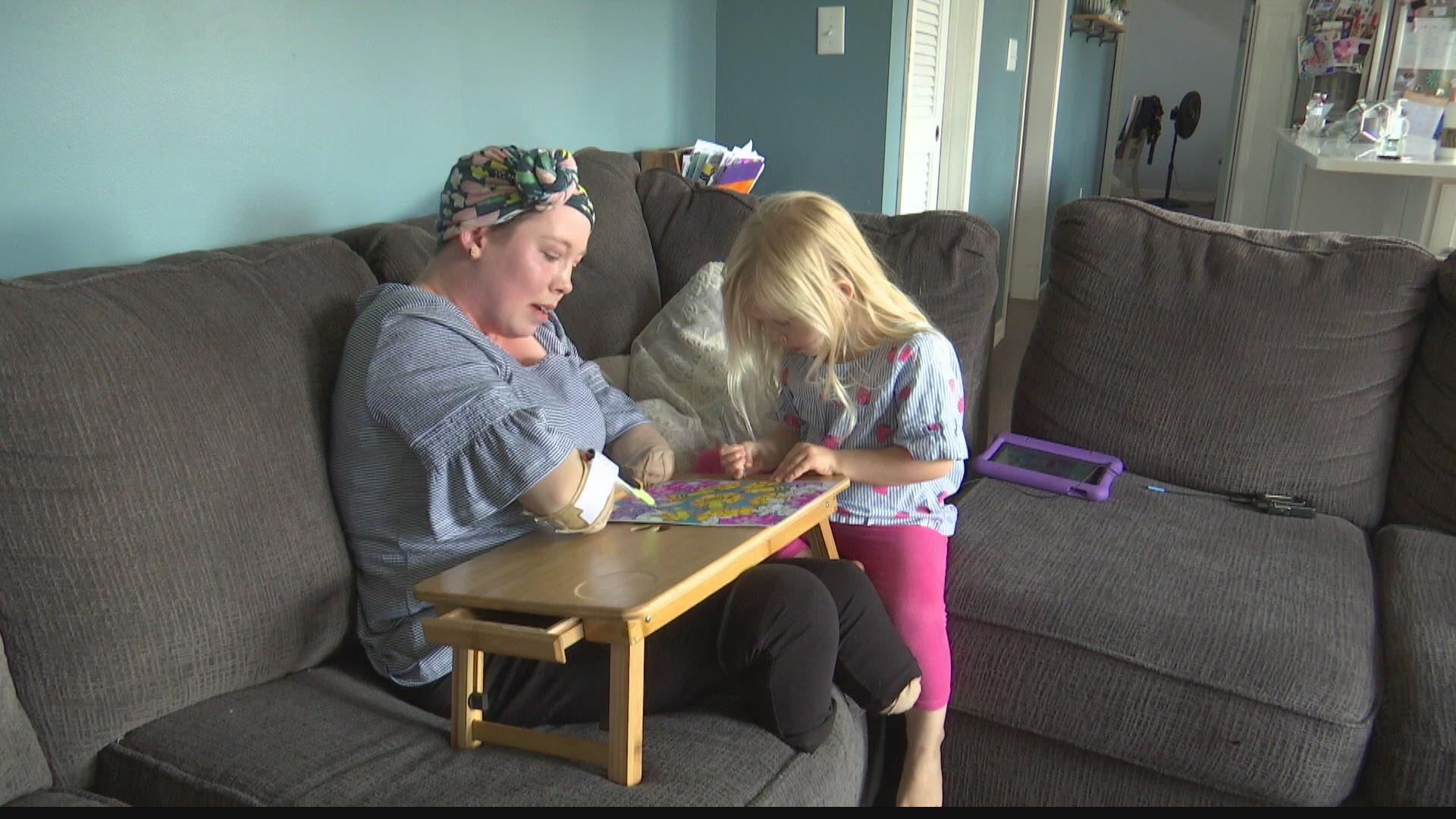 LAFAYETTE, Ind. — Every part of Alix Gerringer’s life has required adjusting. Little things like coloring with her children and big things like getting around her house.

The 29-year-old mother of two was dealt a hand this year that you can never expect.

A bout of pneumonia lead to a flood of progressively worse diagnoses.

“After the sepsis, that led to a skin condition that caused-burn like wounds all over my body, arms, legs, abdomen,” said Gerringer.

She started noticing a problem in October, 2019 when she says she kept getting sick.

“Respiratory infections, sinus infections and I just couldn’t seem to fight anything off,” said Gerringer.

In February,she was admitted to the hospital, but her condition worsened as she developed septic shock. That lead to necrosis, a loss of blood flow to all four of her limbs. Doctors told her they would have to amputate.

“My hands and my feet were black and he said if we don’t amputate the necrosis will continue to go further up the limbs. If I didn’t have the amputations, I would have died,” said Gerringer.

Seven surgeries later, she’s now been home for about 3 months. The hardest adjustment has been learning to ask for help.

“It was a lot more difficult than I ever thought it was going to be. I actually broke down and cried more at home than I ever did in the hospital,” said Gerringer. “I’m used to being very independent and doing everything myself.”

But also didn’t have to do much asking.

Friends have come through with donations and fundraisers. A GoFundMe page has led to donations from across the country. A softball fundraiser and raffle is set to help cover medical expenses. It is scheduled from 12:30 p.m. to  7:30 pm Saturday September 25 at Faith East Community Center in West Lafayette.

“I love her. She’s not just my best friend, but family,” said Kristen Romanovich, who worked with Gerringer at IU Health Arnett.

Life has new challenges, but Gerringer is upbeat. In a few weeks she expects to receive prosthetics.

“I am so excited,” said Gerringer. “Right now with these arms I can’t do anything. I cannot wait to learn and see what I can do with prosthetics."

September is Sepsis Awareness Month. According to the CDC, "Sepsis is the body’s extreme response to an infection. It is a life-threatening medical emergency.  Sepsis happens when an infection you already have —in your skin, lungs, urinary tract, or somewhere else—triggers a chain reaction throughout your body.  Without timely treatment, sepsis can rapidly lead to tissue damage, organ failure, and death."