People from near and far filled the streets of Columbus for the city's first gay pride festival. 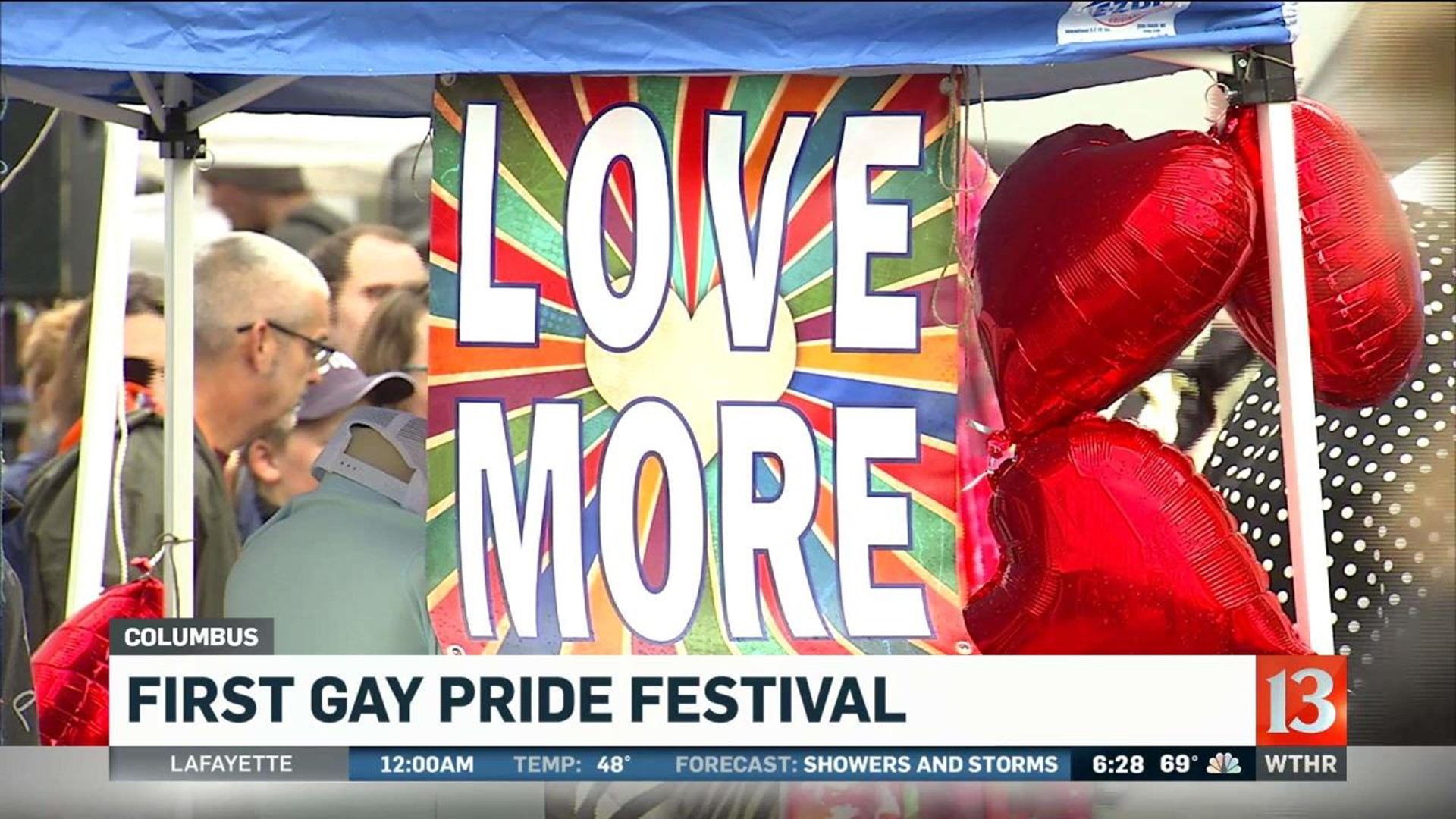 Erin Bailey, a senior at Columbus Signature Academy, planned the event as her senior project.

Jill Tasker, President of Pride Alliance of Columbus, couldn't find the words to describe how well she thought the event was.

"Oh it's so gratifying. So edifying. It's satisfying. It's brilliant."

People from as far as Canada packed the streets for the festival.

"I didn't know it was going to be like this, but I'm so glad it is," said Bailey. "There are so many people out here, so I'm excited."

Tom Cibua traveled from Connecticut to be a part of history.

"We want to send a message out to everyone that not everyone in Columbus, Indiana feels that way, and there's a great number of people in this town who support and love the LGBTQ community," said Tasker.

That support is something Columbus-native Merrilee Gehm never felt growing up. It's she she left the town after high school.

But it was Bailey, a high school student, who was responsible for bringing her back.

"All I could say is 'thank you,'" said Gehm. "She (Bailey) has no idea what she's done for me personally, as well as those I graduated with, those I grew up with, that had the opportunity to come back and to be ourselves, to walk down the street holding my wife's hand."

Gehm said she would have never dreamed she'd see this event in Columbus.

Organizers hope to make the festival an annual event.